NEM Zagreb 2021 has been postponed until December 2022 due to “an unpredictable winter.”

Organisers of the Croatian market explained: “It wasn’t an easy decision but a necessary one, made due to a difficult task to organize a winter TV market outdoors.

“We want your environment to always be safe and networking as comfortable as possible. This is what we are known for and why so many of you support us from day one. If it’s impossible to live up to our standards, we will wait for better days ahead.”

The organisers do, however, appear confident that the market will return in 2022. 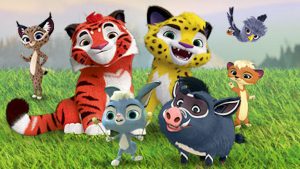 The shows, created by Parovoz Studio and commissioned by DTR have been translated into Spanish, Portuguese and English.

Be-Be-Bears features funny stories about two bear cubs: Bucky and Bjorn, while Leo & Tig is about a little leopard named Leo, a young tiger named Tig, and their friends. The Cutie Cubies is about four alien-cubes who get stuck on Earth after their Cubo-ship crashes. 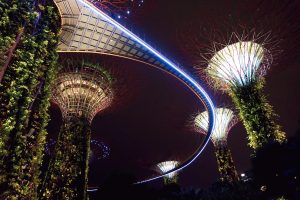 The film, produced by Off The Fence as a Curiosity Original, hails from directors Nigel Walk and Richard Dale, and offers insight into an innovative concept called circularity – an economic system that eliminates waste and saves the planet’s resources.

Ralf Rueckauer, VP ZDFE.unscripted, ZDF Enterprises: “We are delighted to offer this ground-breaking film to our clients. Going Circular is not only an excellent documentary, it is a very important film for the future of our planet and we are proud to be part of this trend-setting project.”

Actors John Leguizamo and Manolo Cardona, along with producer Frida Torresblanco, have been announced as attending next month’s NATPE Streaming Plus.

The trio will participate in a roundtable discussion on creating content for global streamers moderated by JC Acosta from ViacomCBS International Studios and Networks Americas.

The single-day event at the W Hollywood Hotel in Los Angeles on 10 November will also include an afternoon keynote from Sarah Aubrey, head of original content at HBO MAX, discussing the creation of content for the platform’s ad-supported tier.

Michael Wright, president of Epix is also lined up to speak about the strategies for predicting future hits that will virtually guarantee subscriber growth and retention, while Romina Rosado, EVP and general manager of Hispanic streaming service NBCUniversal Telemundo Enterprises will address key challenges for growing streaming today.