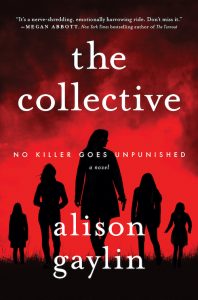 The Banijay-owned company has optioned rights to the book, which launches in November and tells the story of a grieving mother attempting to right a tragic wrong.

The novel is centred around Camille Gardener, who is obsessed with the privileged young man she believes to be responsible for her daughter’s death five years prior.

Her actions draw the attention of a secret group of women known as the collective, who devise and act out retribution fantasies via precise, anonymous, highly coordinated revenge killings.

Luke Franklin, director of development for Yellow Bird UK, said: “In The Collective, Alison Gaylin has crafted an unputdownable, subversively playful thriller which pulls no punches in the timely, hard questions it asks of protagonist Camille Gardener – a flawed, heroic, complex female lead of the sort we rarely see – and of the society whose injustices she attempts to redress.”

Gaylin added: “As a mother, I thought about the worst possible thing that could happen – a child taken, the person responsible going unpunished. I don’t think I would ever be able to ‘move on’ from something like that, and the more I thought about it, the more I realised how tragically common it is.

“That was the seed that inspired The Collective. A lot of emotion went into the writing of it, and I think it’s by far my most terrifying book.”

London-based Yellow Bird UK was launched in October 2017 and is led by creative director, Berna Levin. It is the UK sister company of Banijay’s Swedish drama production company, Yellow Bird.