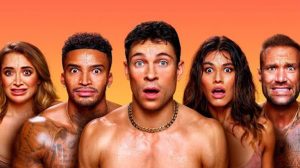 MTV’s Ex On The Beach

Entertainment One (eOne) is bolstering its UK unscripted team with a senior hire and a promotion.

The company has hired former Naked exec Susanne Hamilton to serve as SVP of productions & operations across the UK unscripted business, including for Daisybeck Studios, reporting to the latter’s MD Paul Stead and eOne co-EVPs of UK unscripted, Matt Pritchard and Matt Walton.

Hamilton joins from Fremantle label Naked, the company behind shows such as Snowflake Mountain for Netflix and Grand Designs for Channel 4, where she served as director of production.

Prior to that, she was head of production at another Fremantle banner, Boundless, where she supported the MD in all aspect of production and worked on brands including The Apprentice, Grand Designs, Escape To The Country and Great Railway Journeys.

The company has also promoted Rachael Parker to VP of unscripted television for the UK, where she will continue to oversee the growth of the global  Ex On The Beach franchise, while spearheading new reality and entertainment projects.