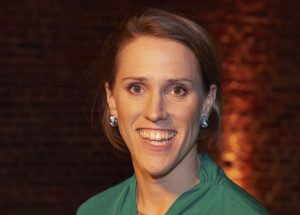 ITV Studios (ITVS) has unveiled its upcoming Fall Festival line-up, which will be a hybrid event offering unscripted, drama and format-focused days.

The festival will allow both face-to-face and virtual meetings, with behind the scenes footage, exclusive interviews and new clips.

The unscripted-focused event will take place 22 September, with drama on 6 October and formats on 7 October. Sessions will run across the day to accommodate different time zones.

The full line-up will include online and physical market meetings, with in-person screenings planned in both Madrid and Paris.

Unscripted shows being offered to buyers include blue-chip natural history title, A Year On Planet Earth from Plimsoll Productions, with an interview with series producer Seb Illis and head of natural history Dr Martha Holmes set to appear.

October’s drama festival will cover dramas such as Our House from Red Planet and Holding, from Happy Prince. More titles will be announced in the coming weeks, while sessions involving TV host Graham Norton and writer/producer Dominic Treadwell-Collins also in the works.

The formats festival will focus on ITVS shows including Ready To Mingle, Sitting On A Fortune and The Voice: Generations. A love-themed formats session, exploring shows such as Love Island and Let Love Rule, will also be launched later in the month.

Ruth Berry, MD of global distribution for ITVS, said: “It’s an impactful slate and one of the strongest we’ve ever had, which is quite an achievement given the challenges of Covid and the last 18 months.”