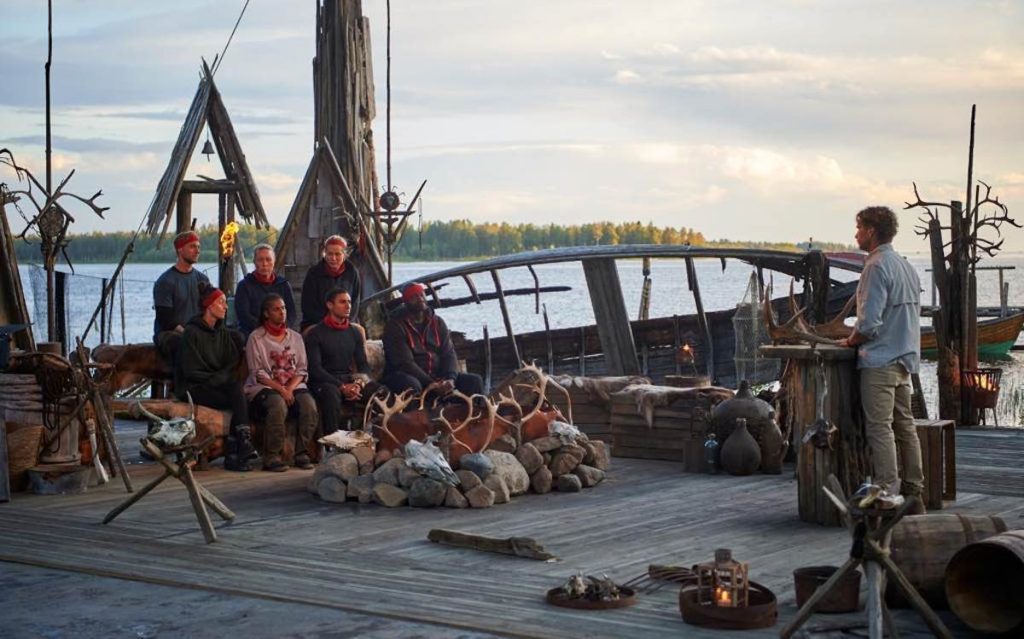 You might have assumed that lockdowns and travel restrictions would have put an abrupt halt to adventure format commissions, yet veteran show Survivor is in the midst of its most successful year ever. TBI hears from Banijay’s Lucas Green and Julia Dick on how the show has thrived.

Survivor is a cornerstone of the Banijay format library, produced in nearly 50 territories since its launch in 1997. An ambitious production that delivers risk-free, big, bold, high-value, tentpole viewing, it is celebrating its most successful year-to-date with 22 productions confirmed so far. 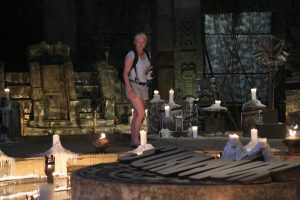 Julia Dick on the Turkish set of Survivor

As with all our productions, we have strict Covid protocols in place. Typically, we send large crews to far-flung locations with multi-leg international travel, so the potential impact of the last 12 months on our productions could have been huge.

However, we have pivoted to take these changes in our stride. We have been able to maximise on the expertise across the group to come up with creative solutions which enabled us to keep the show on-air and even deliver an incremental rise in global productions.

Location is such an integral element of the format, with the remote backdrop synonymous with the Survivor brand. When global travel restrictions prevented us from using many of our go-to locations, we were able to quickly adapt by turning to domestic alternatives in some of our productions, such as in one of our longest-running series in Sweden, which was shot in Haparanda; the upcoming South African version shooting on the wild coast of the country; and the eighth Australian season shot in an outback location. 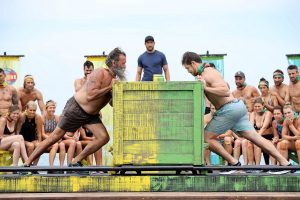 This approach of course changed the traditional, tropical look and feel of these series, but with the core format elements still very much a part of the show, audience reactions have been extremely positive, and the Swedish version launched this year with its best ratings in three years.

Led by Julia Dick, with her 20 years of producing Survivor, we have built up a very strong network of communities around the world.

Establishing trust with local governments and authorities allowed us to travel to and film in regions from the Philippines to Honduras that may otherwise not have been possible.

Our long-standing relationships in the latter meant the local community and hotel staff were happy to come onboard to create a Covid-safe bubble for the Italian and Spanish versions. On the ground, most are incredibly welcoming to our presence, especially as we bring employment to areas at a time when so much has been lost through lack of tourism in the last year.

We also used travel corridors to allow us to continue filming in remote, exotic settings, such as an amazing new location in French Polynesia that we used for the very first time, and the Russian version which we filmed in Zanzibar, Tanzania. 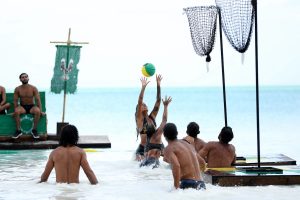 Of course, new locations, particularly ones so remote, come with a new host of challenges that we had to navigate. One location for instance had no accommodation for our crew, so we used a cruise ship as a base, which ended up being perfect for establishing a secure bubble.

The global TV industry has faced unprecedented hurdles when it comes to producing shows, and scripted has taken a significant hit due to filming restrictions in place globally, so demand from buyers for non-scripted content is at an all-time high, which we, as a predominantly unscripted powerhouse, are capitalising on.

The escapism that the show offers in the current climate, coupled with its reliable success, makes it very appealing. Broadcasters want a big show, and in a world where commissioning is based more and more on data, Survivor adds up.

A survival strategy format at heart, with strong gameshow attributes, the title’s strength is that it offers a visual feast for audiences with diverse cast and characters, fascinating social gameplay, dramatic reality, action packed challenges, and nail-biting tribal councils.

The format structure is flexible and scalable, including the classic model, stripped, live, and challenge versions, meaning we can adapt depending on the needs of the broadcaster. Survivor is an ambitious production, but we are thrifty with the budgets like it’s our own money – we allow broadcasters to take editorial risks whilst minimising the financial ones. 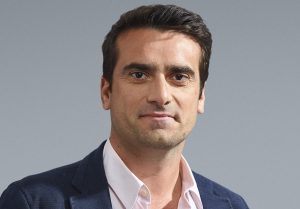 So, what’s next for Survivor as we move into the second half of its most successful year-to-date?

Long-running versions such as the US show, which has been on-air since 2000, continue to go from strength-to-strength, with huge efforts made to enable production of the 41st season. We are seeing renewed interest from markets that have previously aired the format – Globo recently relaunched the show in Brazil after a 12-year hiatus – as well as some exciting adaptations for new territories in the pipeline.

Survivor has never been stronger. We are already back in some of our favourite tropical locations, but our experience during the pandemic, coupled with the growth of Banijay’s global footprint, has now equipped us with an even wider set of creative solutions and a whole host of new opportunities for 2021, 2022 and beyond.

Lucas Green is global head of content operations at Banijay, and Julia Dick is consultant executive producer for Survivor.