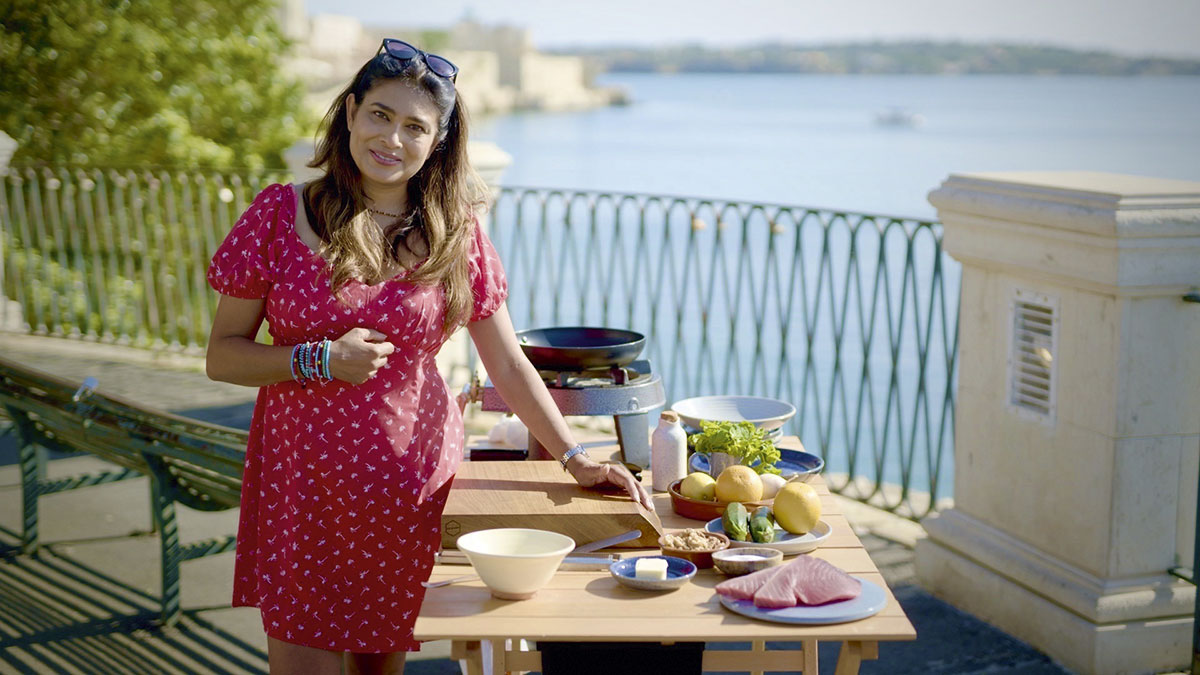 A Taste of Italy With Nisha Katona

Locked down audiences are craving new environments and the content business is doing its best to deliver them. Helen Dugdale  explores how the UK industry is embracing the travelogue

With international and domestic travel currently off the cards for swathes of the world’s population because of the pandemic, a surging demand for onscreen escapism has developed.

While scripted programming and entertainment formats have faced considerable production challenges over the past year, factual producers have found themselves better able to work around Covid, delivering shows to commissioners who are eager for vistas and mind-broadening experiences.

Greg Barnett, commissioning editor at the UK’s Channel 5, says that his network has a raft of shows in the works that offer viewers the chance to expand their horizons, albeit virtually.

“Our travel slate continues to provide a source of escapism and inspiration, with every destination choice tailored to inspire those editorial specifications,” he says. “We want to take our viewers on a journey to great places, with plenty to experience and lots they can learn, without it feeling like homework.”

The slate includes Weekend Escapes With Gregg Wallace, which sees the UK’s MasterChef co-host travel to parts of Europe including Rome, Istanbul, Munich, and Budapest.

ITV1 has also enjoyed travelogue success, with the first two seasons of Tin Can Island’s Breaking Dad returning earlier this year – again featuring father and son combo Bradley and Barney Walsh as they travel across Europe.

“The first two seasons of Breaking Dad were a huge hit for the channel when the highly likeable and intrepid pair travelled across the US,” explains Sarah Tong, director of sales at Hat Trick International, which sells Breaking Dad. “For something different, this series remains closer to home in Europe where they experience even more offbeat adventures.”

The distributors are also working on other travel-related series, including with Back2Back and UKTV’s Dave on Lost Land Of The Volcanoes, which is in production. The show is being filmed in South America as well as Africa, and explores landscapes and cuisines, reflecting the current uptick of interest in food-related travel shows.

UK distributor DCD Rights has seen success with similar shows that combine cookery and some of the most glorious parts of the world. Nicky Davies Williams, CEO at the London-based distributor, points to A Taste Of Italy with Nisha Katona, which will air on Channel 4 in the UK. 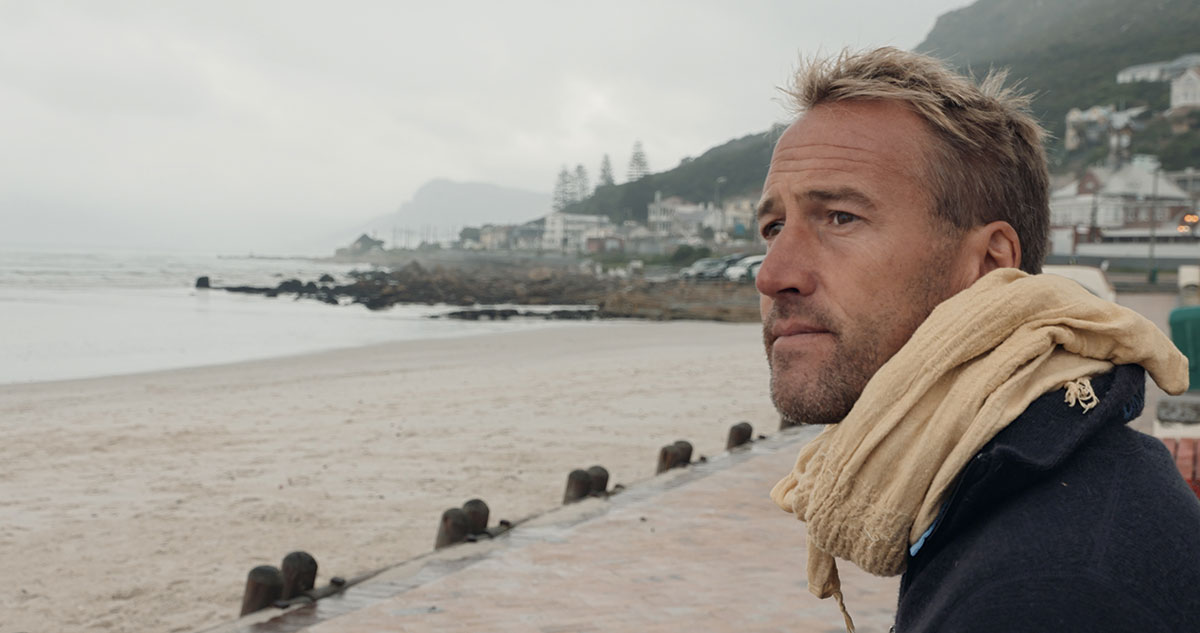 Survival Of The Species With Ben Fogle

Davies Williams says DCD has three shows to watch out for. “Survival Of The Species With Ben Fogle is our marquee new animal conservation series.

“He travels across Africa to find the positive work being undertaken by dedicated and committed teams across the continent, as well as a balance of the other side of the debate toward the commercial needs of those involved.

“There is also both season six of Aussie Gold Hunters, showing on Discovery and Aussie Bull Catchers available on ABC Australia, both filming in the Australian Outback. Aussie Gold Hunters covers the thrills and all-round crises that make up the life of searching for gold in some of the most difficult terrains on earth,” she adds. 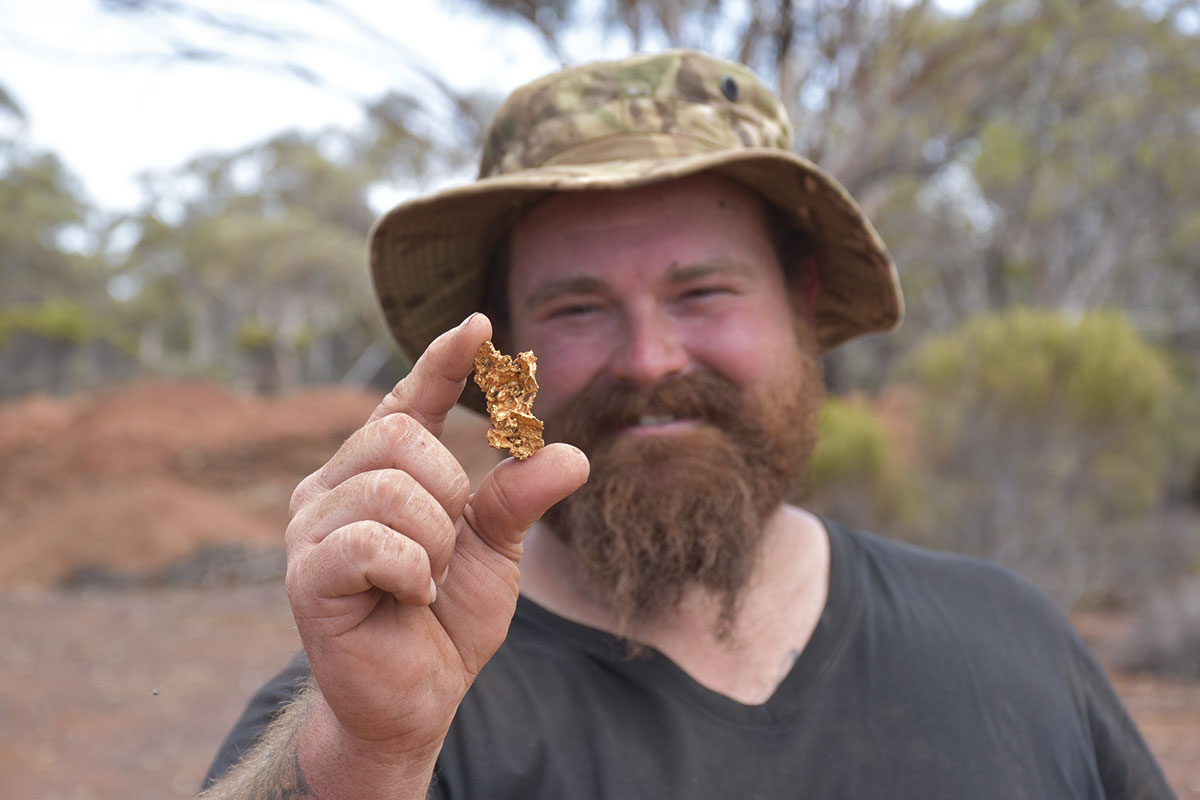 As ratings figures attest, travelogues are proving increasingly popular and the distribution business is keen to keep channels and streamers well stocked. Davies Williams from DCD believes this type of content provides a huge opportunity.

“For commercial channels, there is certainly a benefit and huge value,” she says. “The insights into new worlds and learning certainly deliver a public interest remit. For example, for people who have not travelled to Italy, Nisha Katona provides a charming tour and the wildlife of Africa, as well as the great expanse of Australia, provide the escapism we are all searching for.”

WaterBear, the streamer that showcases stories dedicated to supporting the planet from over 80 international NGOs, believes the TV industry has a responsibility to go one step further and help educate the audience with the content it shares.

Andrea Walji, head of content and production, says content on her platform allows locked-down viewers “to immerse themselves into the lives of others who are dotted around the world,” gaining knowledge about conservation initiatives, NGOs and general environmental interests.

Tong at Hat Trick also thinks seeing presenters visiting long-forgotten locations around the world will help the audience to look beyond the end of lockdown and lift them out of their living room.

“I’m not sure anyone will be travelling to see volcanoes, after watching Lost Land Of The Volcanoes, but it will appeal to daredevil travellers.
“South Africa With Gregg Wallace is a more traditional travel series and certainly an aspirational as well as an inspirational travel location. Breaking Dad may give some ideas on father/son and mother/daughter trips, for the more daring parents amongst us,” she says. 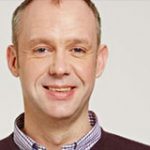 “We want to take our viewers on a journey to great places, with plenty to experience and lots they can learn, without it feeling like homework”
Greg Barnett, Channel 5

Barnett at Channel 5 adds that commissioners must also stay in tune with the mood of viewers and that means travelogue programming can develop. “At a time when a lot of people are struggling during a lockdown, we’re offering an abundance of hope and inspirational content on Channel 5,” he says.

“Whether it’s through specific travel series or shows such as Ben Fogle’s New Lives In The Wild or A Country Life For Half The Price With Kate Humble – we’re not just offering viewers the chance to escape, but possibly also motivating and even empowering some of them to make changes in their own lives once normal life resumes.”

How viewers will react to this abundance of travel-related content once lockdowns are lifted is unclear, but Walji and the WaterBear team are looking to extend their content further and to build on their growing audience with more global stories.

“We are always on the lookout to have the most diverse range of content on the platform,” says Walji. “Of course, a lot of the wildlife conservation stories come out of Africa, India and North America, so it would be great to license more content from Asia, especially the Far East,” she adds.