In this edition’s well-being column, executive coach Tracy Forsyth explains how to own situations rather than moan about them. 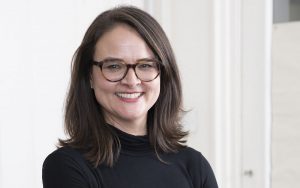 I was once droning on to a production co-ordinator about how draining I found people who just went on and on, and moaned and moaned and were just so negative. Nadia, the production co-ordinator, a hugely positive and all-round ray of sunshine, looked at me with a patient smile and said: “Do you see the irony in that?” She floored me. I had never thought of myself as the moaner. Everything I had to complain about was totally legitimate, wasn’t it? It was never me; it was the other person, wasn’t it? Wasn’t it? In that moment, the scales fell from my eyes: I was guilty. Caught red-handed. I was a moaner.

That moment changed my life. Henceforth, I dedicated myself to ‘owning’ a situation, issue or problem, rather than just moaning about it. Yes, I was well versed in the saying: “don’t bring me problems, bring me solutions’ but I thought that was only when you were managing upwards to your boss, not something you did in your everyday life. I discovered if I checked myself, allowed a bit of moaning but then got onto pro-active ‘owning’, my energies became focused on positive action, which in turn led to much more satisfying outcomes.

So, if you are a bit of a moaner and want to be an ‘owner’, here are some of the things I find useful:

Take the lead
If you are in a company or industry where people are standing around moaning about something, or you are in ‘meeting hell’ with issues going around and around ad infinitum, then step in and be the one who sorts it out, rallies the troops and points them in the right direction. Don’t be shy to take charge, even if you are not asked to.

Assume the buck stops with you
Imagine that there is no-one else to sort it out. You don’t have anyone else to lean on, report to, or to bail you out. There is no-one left but you. In many cases, especially for freelancers, this is an actual reality. You have only your creativity and resourcefulness to sort it. You are the boss now. What are you going to do about it?

Take the emotion out of it
I think moaning is an expression of wanting your emotions understood. And I believe you do need to process those emotions and it’s massively helpful to feel heard. But then, try to set emotion aside and look at the facts. What are the actual facts of the situation? What’s important here? What needs to be addressed? What is the way forward?

Evaluate the options and decide what’s best
Take time to weigh up all the options and outcomes. Decide what you think is best. Many people don’t feel confident to make a decision because they second guess themselves or worry that others will disagree. Seek counsel if it’s useful. But if you’ve considered the pluses and minuses and thought things through properly, you will be as sure as you can be that you’ve made the right decision. If anyone does disagree, you can demonstrate your thought processes, so you have back up.

Take positive action
Like Nike says, just do it. You’ve taken the lead, thought about it, evaluated and decided. Time now to put your best foot forward, with one step in front of another. Own it! I guarantee you that taking positive action will energise and invigorate you. It feels good to own and not moan. Go for it.

Tracy is a creative mentor for the Channel 4 Indie Growth Fund, the producer of the WFTV mentoring scheme and a professional executive coach. Find out more at walterwootze.com