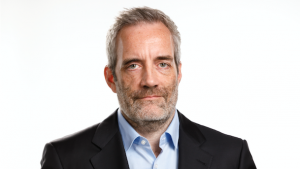 Scottish broadcaster STV has added Argonon-owned Barefaced TV to its production interests, despite posting a loss of almost £5m ($6.75m) in its half-year results.

STV will add the Rosie Bray and Lucy Golding-led company to its STV Studios division, which has been rebranded from STV Productions.

The move, which means STV Studios now owns seven production labels, came as the Scottish company revealed a £4.9m half-year loss, down from a £9.1m profit a year ago. The decline was blamed on Covid-19 and a fall in advertising revenues.

Bray and Golding were previously behind BBC Three’s Snog Marry Avoid and went on to create BBC Two’s Restaurant Wars and Channel 4’s The Millionaire Party Planner. They were then named joint heads of factual entertainment at NBCUniversal’s development unit, where they worked with STV Studios MD, David Mortimer.

They launched Barefaced TV in 2017, which was previously part of UK group Argonon. The firm has produced shows including Channel 4’s Naked Beach, whose finished tape has sold internationally while a US option and a German remake are in the works.

The deal marks another expansion for STV Studios, which earlier this year took a minority share in drama company Two Cities and in 2019 acquired a majority stake in entertainment specialists Primal Media. STV also has a creative partnership with drama producer Elaine Collins and her company, Tod Productions.

Mortimer said: “Rosie and Lucy are hugely talented with a real flair for creating funny, warm and uplifting TV formats with huge international appeal. They share our values and ambitions, and the work they do complements our other labels perfectly. I’m very excited about the future for Barefaced TV and I look forward to working with them.”

Bray added: “The wealth of talent and experience within the group opens up huge opportunities for our small but ambitious label and we cannot wait to begin our new partnership.”

STV said that total advertising revenue was down 20% in the first six months of 2020, but pointed to surging online viewing, which was up 86% on last year. STV Player reached one billion minutes viewed in half the time against 2019, the company said.