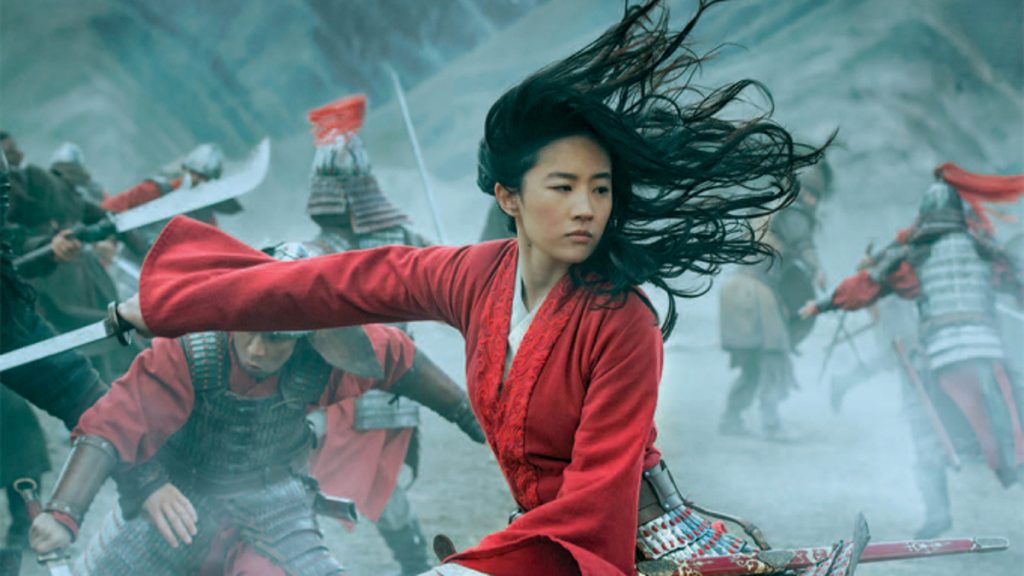 Disney’s recent decision to launch Mulan via its own streamer in early September has provided the Mouse House’s formidable on-demand bow with yet another string. Charlotte Jones and Sarah Henschel, analysts at TBI sibling Omdia, provide their take on what it means for both the DTC and theatrical market.

Earlier this month, Disney announced that its forthcoming live-action remake, Mulan, will be made available exclusively on its own online channel Disney+ on 4 September for an added premium cost. The move has been described as a ‘one-off’ by Disney, although questions will be raised about the precedent set, the resulting impact to theatre operators as well as in terms of how the experiment fares.

Mulan will still be released theatrically in certain markets, but only where Disney+ is not yet available such as India and China, although exact territories are not yet confirmed.

The movie had originally been slated for theatrical release in March but was one of several major titles that were subsequently rescheduled, in Mulan’s case several times over. Alongside Warner’s Tenet, it had been viewed as one of the major anchor titles to encourage cinemas to re-open by a certain timeframe. Therefore, the title’s abscondment will directly translate into missed box office revenue in affected markets and present mixed messages about support for exhibition partners during this critical time.

While Covid-19 has undoubtedly ushered in a new layer of disruption for theatrical sector, it appears the conditions are increasingly priming studios to distance themselves from traditional models and begin to experiment

This move has undoubtedly dealt another blow for cinema operators who were gearing up for to return to some level of normality starting with the first major movie of the new season Tenet, which will now be released on a staggered theatrical day and date release starting 27 August. The timing is also a factor coming just days after the new agreement between Universal and AMC Entertainment to reduce theatrical exclusivity to just 17 days. Nonetheless, the bypassing of a major movie, away from theatrical screens and in favour of PVOD [Premium Video On Demand], is the most significant at least on the part of cinema operators, of these changes to date.

The move will, for the first time, bring a major new release exclusively to a PVOD channel, although there have been a handful of titles in recent months, typically in the family genre, to have gone straight to digital.

Disney will be banking on a good proportion of its Disney+ subscribers opting to pay an additional $29.99 on top of their annual subscription (as a transactional purchase rather than a rental) plus any potential new subscribers enticed by the movie. The studio may also have felt compelled to provide novel content to its now over 60 million subscribers worldwide.

While Covid-19 has undoubtedly ushered in a new layer of disruption for theatrical sector, it appears the conditions are increasingly priming studios to distance themselves from traditional models and begin to experiment with a variety of new models. However, it could also be argued that Disney sought to avoid changing industry business terms, which may have had wider repercussions, over one title (albeit a major one) which has been hanging over since March.

If 10% of Disney+’s subscriber base purchase Mulan, it would bring in $179.9m in consumer spend – lower than the $200m production budget

The new release date on Disney+ has also been scheduled competitively with the launch of Tenet in the US cinemas. And while the results of both titles’ revenue will be scrutinised accordingly, any outcomes would not provide a true representation of potential earnings, in a world without Covid.

The $29.99 release of Mulan via the Disney+ platform is essentially packaging the film as an add-on or in-app purchase of content rather than a full EST or VOD release. Consumers that purchase Mulan will have full access to the title for the remainder of their Disney+ subscription. In this sense, the release is similar to EST, but works to keep Disney+ sticky to subscribers so as not to lose access to the title by unsubscribing.

The decision to release Mulan on Disney+ is both a blow to exhibitors and digital retailers as well. As it stands the title will only be available through Disney’s platform at release and not on EST through Apple, Amazon, Google, and other digital EST and VOD players. This choice may stress studio-retailer relationships and could risk Mulan’s merchandising during downstream digital windows. This again emphasises Disney’s push for their own platform over preserving traditional windows for this title. Historically Disney was steadfast in keeping traditional windows as-is because all windowing was very lucrative to the studio. However, Covid-19 has forced businesses to adapt to avoid revenue losses and a full economic recovery could be many months away.

A potential strategy to win back faith with digital retailers could be authenticate Disney+ with Movies Anywhere. Movies Anywhere, originally developed as Disney Movies Anywhere, allows customers to purchase films across digital platforms, authenticate them, and have access to titles regardless of digital platform. It encourages digital ownership and may help customers funnel from Disney+ into other digital retailer ecosystems. While this move could be valuable for the transactional space, it lowers the value of continuing to subscribe to Disney+ long term. Based on how Disney is positioning Mulan’s price and package, it is unlikely that Disney will lean into this strategy.

If 10% of Disney+’s subscriber base purchase Mulan, it would bring in $179.9m in consumer spend for the title. This is lower than the $200m production budget and significantly lower than box office revenues it would have produced globally. If a higher percentage of subscribers purchase the film, say 20%, the studio will at least be able to recoup production losses and costly marketing spend date changes.

One of the key questions raised will be if this can be isolated as a unique event under unique circumstances or whether the precedent has now been set for other studios to follow suit. What is certain is that current conditions are priming the market to test parameters and provide an opportunity to experiment with varying release models. The main issue is the timing for the exhibition industry and the impact of yet another major movie disappearing from the 2020 theatrical calendar.

The move is a set back for exhibitors who have been struggling to make an impact with library titles, and a number of independent titles, although there have been some notable brightspots regarding local content in Korea and Japan among others.

The news comes as the market is still reeling from a 72.3% decline in box office revenue in 1H 2020 (based on Omdia’s survey from major markets) of which the most severely impacted were China (-92.3%), Korea (-70.8%) and North America (-68.3%). The move could potentially provide a boost to cinemas in China if released there (and a better backdrop for recovery) as opposed to the theatrical markets who will miss out.

While the full implications of this deal are not yet known, the loss of potential box office and digital transactional revenue, a contribution to the risk of closure for certain cinema operators and the wider industry message for other studios to follow suit are perhaps the most pressing.