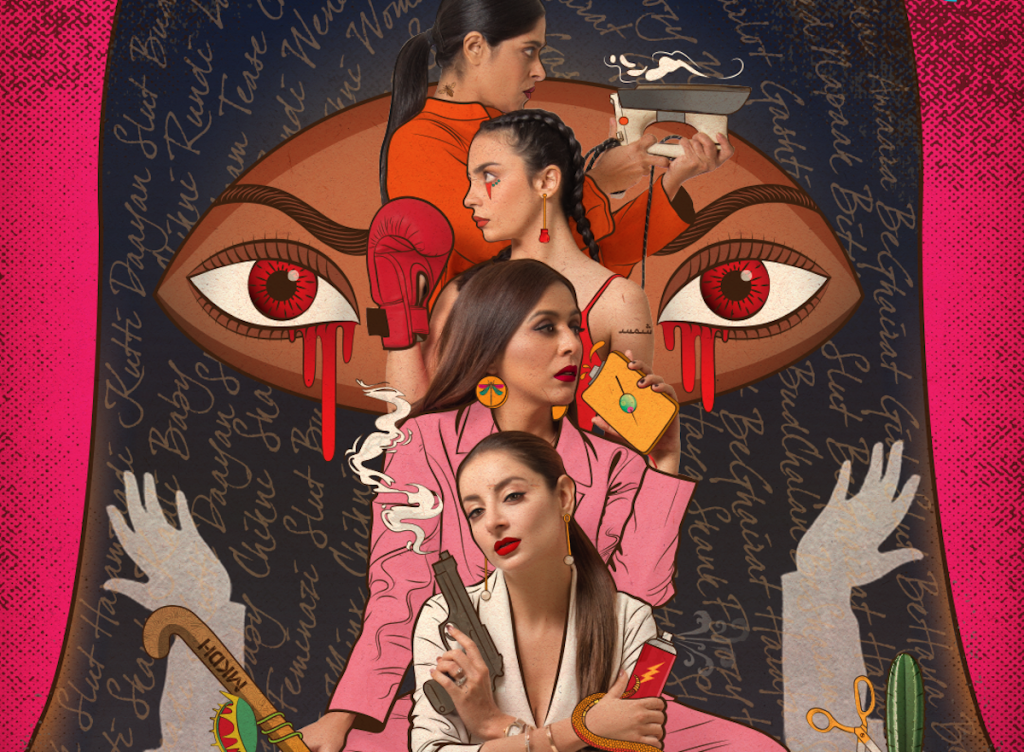 The 10 x 55-minute series will be available from 11 August as part of Zee5’s Zindagi world cinema strand.

The series follows four women who operate a secret detective agency exposing cheating husbands in the community and soon become a lifeline for mistreated women in their city. It is directed by Asim Abbasi (Cake) and stars Sarwat Gilani Mirza, Nimra Bucha and Mehar Bano.

Churails represents a remarkable commission for Zee5 due to the political tensions between India and Pakistan, with the entertainment industries of both countries boycotting each other’s content during times of heightened hostility.

“There is an increasing need for women’s voices to be heard, and not stereotype fierce women for their strength, or patronize them for their insecurities. Churails is bold, vulnerable and empowering all at the same time,” said Shailja Kejriwal, chief creative officer – special projects at Zee Entertainment Enterprises.

The channel, which goes live on 4 August, will include the entire collection of noted documentary filmmaker Ken Burns, as well as films from Nova, Frontline, American Masters, Nature, American Experience, POV and other independent producers.

PBS is the leader of high-quality, compelling nonfiction entertainment, and the PBS Documentaries Prime Video Channel is a natural addition to our current streaming offering on Prime Video Channels,” said Andrea Downing, co-president of PBS Distribution.

Global Agency has secured the international rights to the Fox romcom Mr Wrong.

The distributor said that negotiations are ongoing in several territories for the Gold Films-produced series, which stars Can Yaman and Ozge Gurel. The story follows a woman who has given up on ever finding the perfect partner, but fate – and nagging mothers – have other ideas.

Global Agency CEO Izzet Pinto commented: “Mr Wrong was the most anticipated series of the summer. We are very happy to continue our cooperation with Gold Film and represent the new series of Can Yaman.

“This series is our first major collaboration with Fox TV and we look forward to building a stronger partnership.”

This 1960-set spin-off from Miss Fisher’s Murder Mysteries stars Geraldine Hakewill (Wanted) as Peregrine Fisher, the niece of original series lead Phryne Fisher, who has inherited a windfall from her famous aunt and sets out to become a world-class private detective in her own right.

Don Klees, SVP of programming for the Acorn brands, commented: “Acorn TV viewers loved the first season of Ms. Fisher’s Modern Murder Mysteries, so we’re thrilled to commission even more mysteries for our subscribers around the world to enjoy.”

Tokyo-based art reproducer Kensin has launched a consulting service for the TV and film industry specialising in providing insight into the Japanese ‘warring states’ period.

The service will help to ensure historically accurate portrayals of Japan across film, drama and documentary productions.

Yutaro Sakakibara, founder and president of Kensin, commented: “Our primary purpose is to provide our know-how on a global basis attained from over 20 years of consistent passionate research and development in this field.

“Kensin has the ability to take on any project size and deliver strong value to any client seeking guidance on this exciting time of Japanese history.”

The film, which was co-produced with London-based Gospel, originally launched on Netflix in 2017 and will now be made available on Sky platforms in the UK from December.

It tells the story of Fashanu, the first footballer to come out as a gay man whilst playing professional football.

Fulwell73 partner Leo Pearlman commented: “The story of Justin Fashanu is one of fame and fortune and incredible tragedy. To see how a superstar of the game was so poorly treated at the hands of bullies and bigots resonates just as much today as it did 25 years ago.”