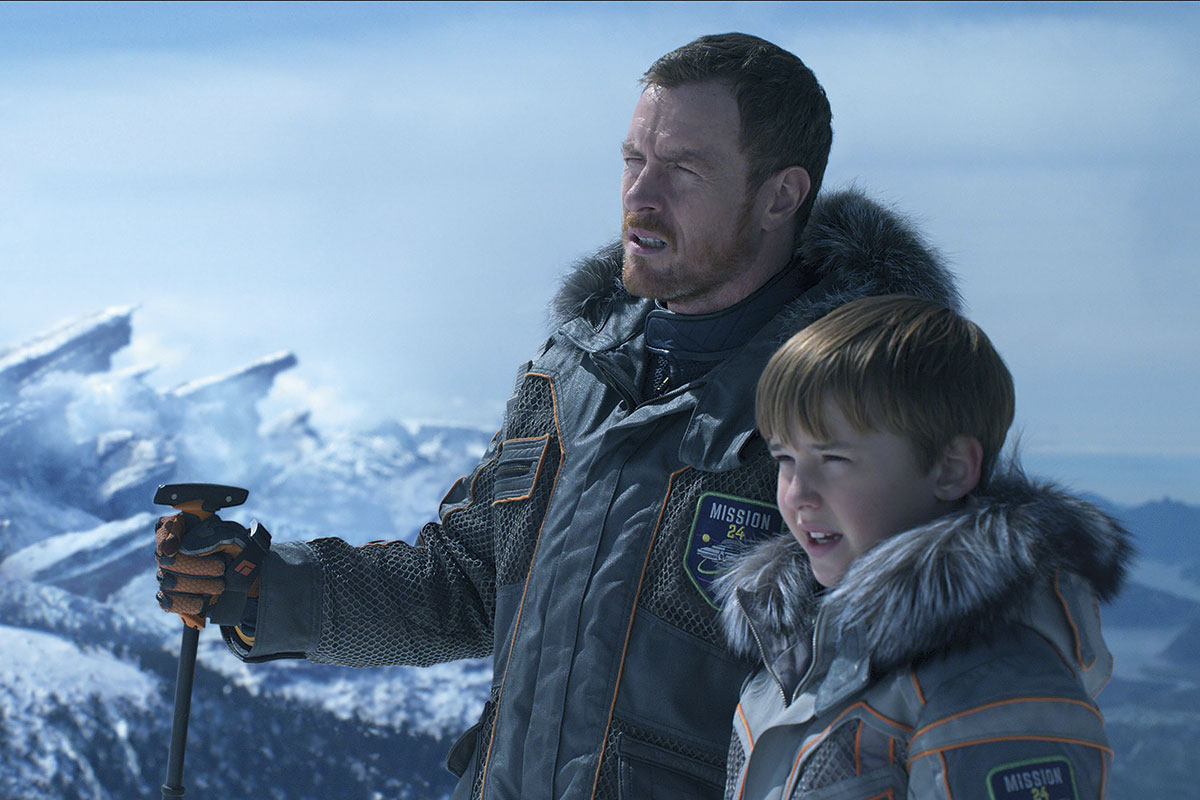 Rebooting scripted series has become big business, but it remains a flawed science. Stephen Arnell questions why there is such an attraction to remakes and explores what makes a TV hit – or turns it into a flop

It’s not hard to work out the reasoning behind the ongoing stream of rebooted and revived scripted shows: name recognition and residual affection almost guarantee high initial sampling. While it’s unclear how many people actually remember the likes of Perry Mason (currently being rebooted by HBO) or sitcom Designing Women (ABC), the argument that reboots can cut through largely stands.

“Revivals have been going on for years on both sides of the Atlantic,” says David Walton, joint MD and creative director at [email protected], producers of the hit comedy-detective series Agatha Raisin for US streamer Acorn and Sky One. He points to shows such as Endeavour, Prime Suspect and Hawaii Five 0 as “familiar brands that audiences can easily identify” in a sea of product.

However, he adds: “Reboots are only successful in the longer term if they’re sufficiently creative and visionary to initially build upon their past – but then, very importantly, forge their own future. The original series should always be seen as springboards rather than straitjackets.”

[email protected] is in the process of developing First Frost, a prequel to the long-running ITV detective series A Touch Of Frost, as well as a new adaptation of Hamish Macbeth, which aired on the BBC in the 1990s. Barry Ryan, co-MD and creative director at the firm, says the key “is to look with fresh eyes on old friends.”

He continues: “These aren’t lazy legacy projects, they are IP-led. The original source material is more important to us than the initial television show. The US doesn’t have the hang ups that the UK has about remakes because they look at story first.

“The 1990s Hamish Macbeth series took the character but not the stories and in the process – in my opinion – lost both the wit and the integrity. With Hamish, it’s our intention to go back to the late M.C Beaton’s stories.”

The two shows are among the surging number of reboots in the works around the world and the trend for bringing back dramas from the 1970s and ‘80s will soon see Dutch detective Van Der Valk debuting on ITV in the UK and PBS in the US. Meanwhile, remakes of Lovejoy, Rumpole Of The Bailey, All Creatures Great & Small, and Bergerac are all in varying stages of production or development with different producers. 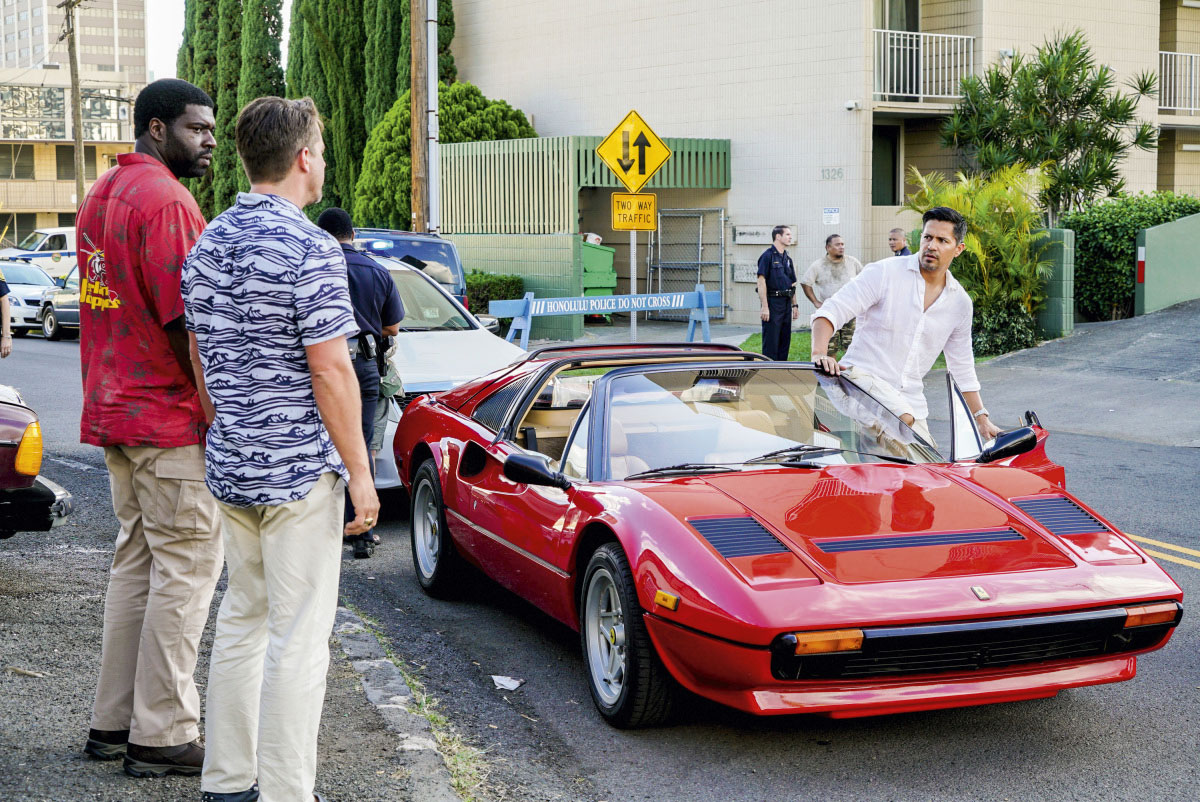 Kicking off a reboot

Each reboot differs, of course, and has its own backstory but all share nostalgia value as part of a shared viewing experience, at least for audiences who remember the originals – although Van Der Valk may well be a grittier proposition this time around.

The All3Media International show is set in Amsterdam and explores Van Der Valk’s engaging, unapologetic and street-smart approach to solving murders. For David Swetman, SVP of scripted acquisitions, it’s a show that offers more than the sum of its parts.

“Van Der Valk was a hugely successful brand in the past and we’re excited to combine that heritage with writer Chris Murray’s fresh new take on the books and Michele Buck’s experience of producing detective shows,” says Swetman.

With Marc Warren in the lead role, “our Van Der Valk is more at home in the modern, cosmopolitan Amsterdam and is tackling cases that would be familiar to contemporary police forces.”

Partners include ARD Degeto in Germany and NPO in the Netherlands, along with PBS and ITV, and Swetman says the aim, as with all remakes, is “to build on the heritage of shows that have gone before and bring them to a whole new audience.” 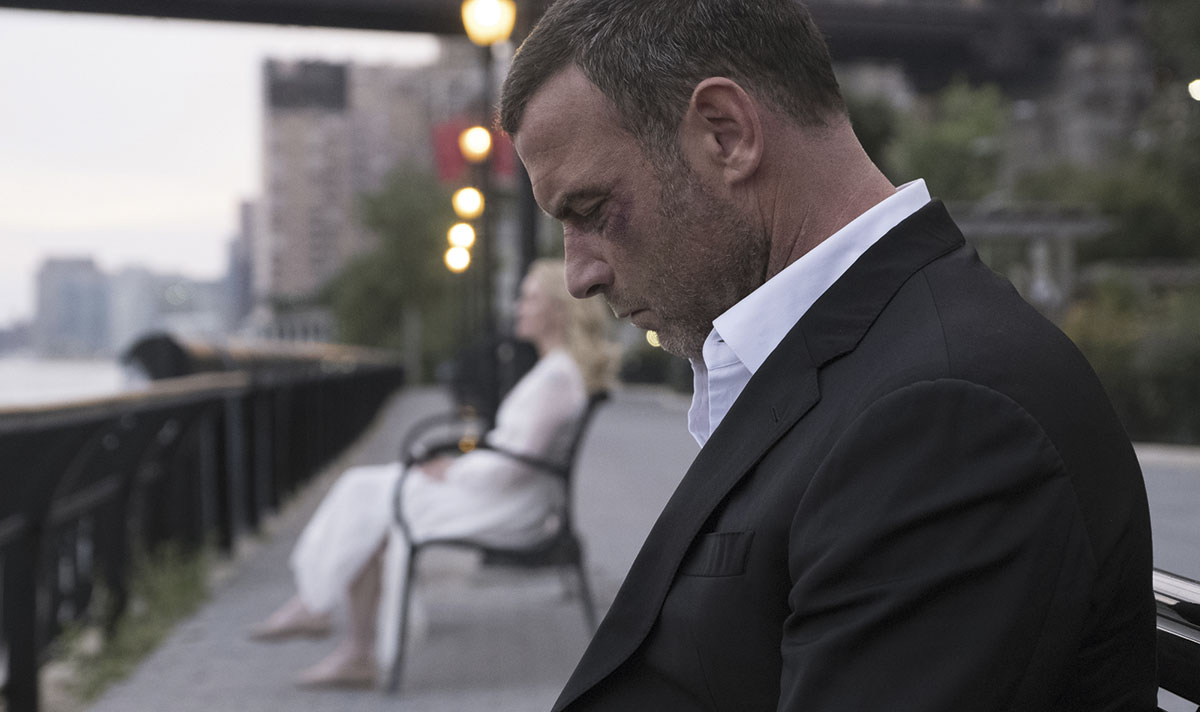 Despite the apparently lower risk strategy of reviving classic shows, there’s no guarantee of success – as the resurrections of the BBC’s Upstairs Downstairs and Minder on Channel 5 can attest.

Casting is, of course, of prime importance: original stars can usually entice viewers, hence the popularity of returners such as ITV’s Cold Feet and BBC duo Gavin & Stacey and Open All Hours spin-off Still Open All Hours.

But it’s not a given – witness the failure of reboots such as Kojak for USA Network 15 years ago, Knight Rider on NBC, TNT’s Dallas resurrection and the revived Murphy Brown on CBS in 2018.

And without the unique performances of lead actors, producers can at times seem to be on a hiding to nothing. ITV’s Prime Suspect 1973 in 2017 had many flaws, primarily the failure of star Stefanie Martini to successfully evoke Helen Mirren in her role as a younger Jane Tennison. Then there was the ill-advised decision to resuscitate politcal satire Yes, Prime Minister in 2013 on UKTV comedy channel Gold, which saw the impeccable trio of Paul Eddington, Nigel Hawthorne and the late Derek Fawlds replaced by David Haig, Henry Goodman and Chris Larkin.

“There was a great piece of research a couple of years ago, which found that the average person will spend 2.4 years of their life just looking for something to watch. We are totally overloaded with content from every direction. We need cues – the familiar and the well-loved – to help direct us through that fog.”

But the reboot surge also underlines the trend for nostalgia, he adds. “In a world that’s getting more complex, angry, and uncertain we have a need to seek comfort. We want to escape into the familiar that reminds of us simpler and, perhaps, happier times.

“What’s interesting here is also the need to escape to older brands for a generation that weren’t born first time around, but crave warmer, simpler programming. Gen Z’s embrace of Friends suggests older brands have value far beyond the audiences that remember them first time.”

To remake or reboot?

For Farrar, there are two approaches that work. “You have a faithful homage to the original or a complete breaking out, taking the bare bones and re-inventing it into an unrecognisable new drama,” he says. “The dangerous ground is what lies between those two approaches. It’s littered with corpses.”

The US has always been fertile ground for remakes and reboots – in a broadcasting environment where shows can be pulled after a few episodes, name recognition is a vital part of the arsenal in attracting viewers.

And the US tends to have a stronger hit rate in bringing back TV classics – recast, rejigged and usually with higher budgets, although that is in part because of the huge volume of shows produced. 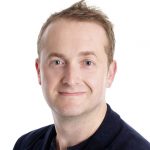 “You have a faithful homage to the original or a complete breaking out, taking the bare bones and re-inventing it into an unrecognisable new drama. The dangerous ground is what lies between those two approaches. It’s littered with corpses” Jon Farrar, BBC Studios

Streamers such as Netflix have made hay with reviving shows, including Fuller House, Gilmore Girls, Lost In Space, The Chilling Adventures Of Sabrina, Tales Of The City and Arrested Development, to varying degrees of critical approval.

Cablers and broadcast networks have been busy at the same game, with The CW rebooting Dynasty, CBS returning to Magnum P.I., The L Word and Twin Peaks airing on Showtime and MacGyver airing on ABC. All performed fairly well, as did the likes of Mad About You for Spectrum and Will & Grace on NBC, while time will tell on Freeform’s Party Of Five.

So perhaps it’s no surprise that the outlook for the reboot in the US is bright. Cult comedy-drama Northern Exposure is reportedly coming back for CBS, Battlestar Galactica is returning in some form for

NBCUniversal’s streamer Peacock, while shows ranging from American Gigolo to Gossip Girl are all in some state of revival. All provide an instant pathway in for viewers, a point made by Sunder Aaron, former VP at Sony Pix and currently principal of Indian production company Locomotive Global.

“As a child of the 1980s and 90s, it’s amusing to see some of those shows revived,” he says, pointing to Beverly Hills 90210 and Will & Grace. “Admittedly, I haven’t been able to stick with any of these shows beyond an episode or two. Most are just leveraging the well-known brand name to launch what really are entirely new series. For these shows to succeed, they’ve got to develop their own audiences, as if they were completely new and unrelated shows.

“Of course, the shows are easier to promote at launch as viewers will have an idea of what to expect, but they face a hard time retaining and building an audience if they aren’t good enough in their own right. And familiarity isn’t necessarily the enemy of creativity,” he says, pointing to what the creators of Riverdale were able to pull off. “That was a creative and unique take on the beloved Archie characters.” 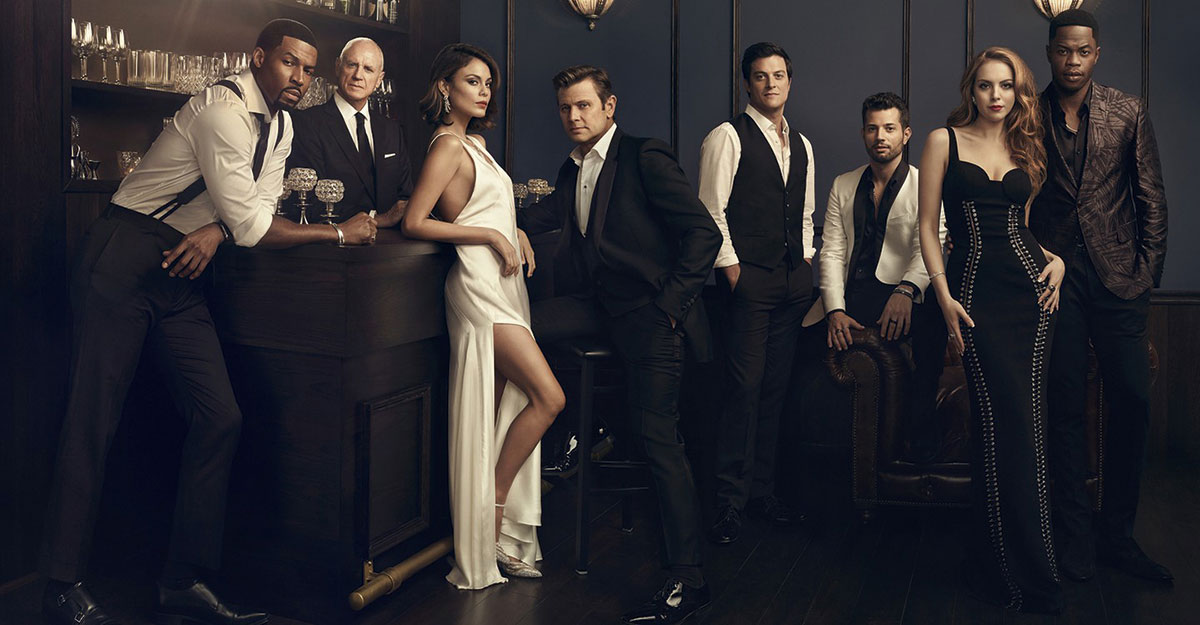 Away from the Atlantic

Aaron adds that in India, there is little “archival value for scripted series television. Therefore, it’s very rare to see a revival of a series or a remake of something that came years before.” That isn’t stopping the exec however from developing an Indian remake of Showtime’s hit drama Ray Donovan, with the lead character now a Bollywood fixer.

“There have been a number of successful adaptations of premium series in the Indian market, including Criminal Justice and The Office. Israeli formats such as Hostages and Fauda are also being adapted in India. These shows are all incredibly well written. My company, LGI is working on a local-language version of Showtime’s Ray Donovan.

“This is only possible because Ray Donovan is an exceptionally well-written series. It also happens to perfectly lend itself to adaptation in India, given the similarities between Hollywood and Bollywood.”

Outside the US, 2019 saw a return of the Canadian court-room drama Street Legal, back on CBC after 25 years, while in Australia, a spate of reboots have seen Prisoner reimagined as Wentworth and comedy Pizza ordered by streamer 7mate after a lengthy absence.

Alex Kessel is head of Russian production company Sputnik Vostok, which has been behind Better Than Us, available widely on Netflix, and UK-based series Londongrad. For him, a remake is not simply about using existing IP awareness to cut through.

“The best stories are remade with nearly every generation,” he says. “However it’s not only because of the recognition factor, but because these shows will need updating – especially in Russia, usually with more complexity and faster pacing, so that it can reach younger generations, who otherwise may treat the originals as old hat.

“In post-Soviet Russia there’s been around a dozen features remade for theatrical release. Most failed to replicate the success of the originals, which are often broadcast in the Russian Federation. That could mean that some stories are hard to accept in any new iteration, so deep is their cultural footprint. This works differently on TV, where the logic of lowering risk supports remakes in a similar fashion to ‘based-on-the-book’ or other IP-driven projects,” he explains.

But the increasing clutter of content means shows in Russia also require big names and budgets to punch through. Some broadcasters or streamers can fail to support “strong ideas”, which can be buried. “This is when golden oldies become new again. And again.”

Clearly, it’s unlikely that the trend for bringing back older shows will end soon, as demand for product continues. Ownership of IP and name recognition will always be strong drivers to revisit past glories, and Covid-19 will see an increase in repeats from broadcasters – with comfort TV featuring strongly, potentially spurring more remakes as and when the world returns to near normalcy. Whether this is good news for new writing talent and viewers is another matter.