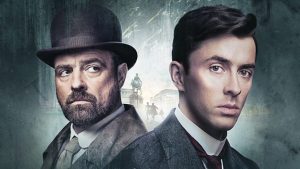 Mediawan Rights has acquired the series for French-speaking markets, while Movistar has taken Spanish rights and YLE has picked up the show for Finland.

Viasat World will air it on the Epic Drama channel in Central and Eastern Europe and the Baltics, while undisclosed deals have been struck in China and Japan.

These latest sales join Red Arrow’s deal for Vienna Blood with BBC Two in the UK and PBS in the US. The show is produced by Red Arrow Studios-owned Endor Productions and MR Film for Austria’s ORF and Germany’s ZDF.

Barnes will be based in Melbourne as a consultant for K7 and joins having previously worked for Sky and Channel 5 in the UK.

She has held roles in format development, TV strategy and commercial partnerships, and was most recently group general manager for lifestyle channels at Foxtel, working across linear, SVOD, BVOD and digital platforms.

K7 has expanded its global reach recently, launching a permanent office in Singapore.

Broadcasters in China, Hong Kong and Vietnam have picked up more than 500 hours of factual programming from Australian distributor LGI Media (aka Looking Glass International).

The deals, brokered through LGI Media’s Beijing office by head of sales for Asia Karen Lee, includes a package deal of almost 400 hours to YuanLai Education, an educational program broadcaster based in Wuhan, China.