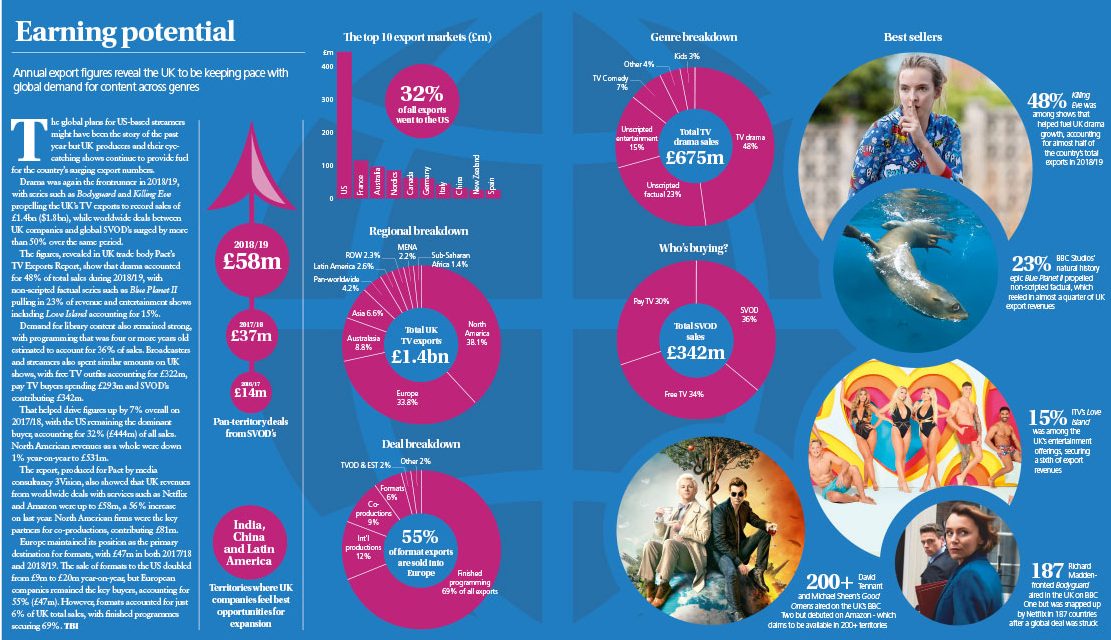 The global plans for US-based streamers might have been the story of the past year but UK producers and their eye-catching shows continue to provide fuel for the country’s surging export numbers.

Drama was again the frontrunner in 2018/19, with series such as Bodyguard and Killing Eve propelling the UK’s TV exports to record sales of £1.4bn ($1.8bn), while worldwide deals between UK companies and global SVOD’s surged by more than 50% over the same period.

The figures, revealed in UK trade body Pact’s TV Exports Report, show that drama accounted for 48% of total sales during 2018/19, with non-scripted factual series such as Blue Planet II pulling in 23% of revenue and entertainment shows including Love Island accounting for 15%.

The report, produced for Pact by media consultancy 3Vision, also showed that UK revenues from worldwide deals with services such as Netflix and Amazon were up to £58m, a 56% increase on last year.

Europe maintained its position as the primary destination for formats, with £47m in both 2017/18 and 2018/19. The sale of formats to the US doubled from £9m to £20m year-on-year, but European companies remained the key buyers, accounting for 55% (£47m). However, formats accounted for just 6% of UK total sales, with finished programmes securing 69%.