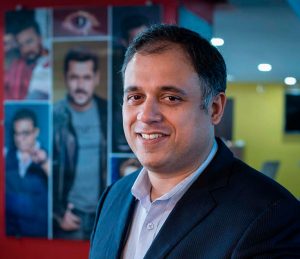 As the demand for original and fresh stories continues to grow, global platforms and international broadcasters and producers are turning their sights to India. With the world now turning its attention to our market, it is more exciting than ever before to be part of this enormous country and fast-growing community of scripted producers.

The scale of the market here in India puts us in a unique global position, with multiple languages spoken, a population of more than 1.2 billion and huge numbers of these watching pay TV and consuming content on mobile devices. We also have an unrivalled youth demographic and even with our nine plus regional languages, English is consumed at a high level.

With our extensive production experience at Endemol Shine India and access to award-winning content and global producers to collaborate and share ideas with, the time is right for us to expand into scripted programming. We have the chance to use this collective experience to tell authentic local stories that haven’t been told internationally before. 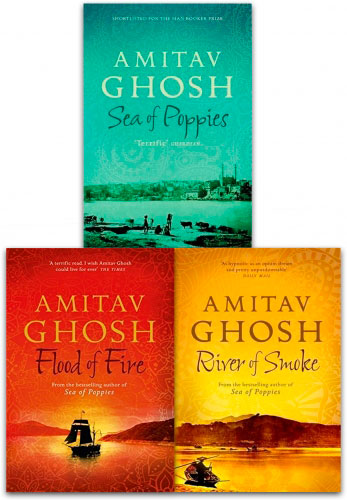 We have huge ambitions with The Ibis Trilogy, Amitav Gosh’s literary masterpiece which has a massive narrative sweep, set in mid-nineteenth century Asia. The cinematic series will begin in India and the intertwined stories of bold characters from all walks of life will be told against the backdrop of the opium wars between Britain and China. The Ibis Trilogy is a great example of collaboration at Endemol Shine, with Lars Blomgren spearheading the development with Gub Neal, Justin Thomson and Lucy Bedford at Tiger Aspect. We all have the passion to bring this important to story to the worldwide market this year, it’s a tale that brings a unique perspective to the very first moments of modern capitalism. With Shekhar Kapur directing, Michael Hirst as screenwriter and Justin Pollard as the story editor, we’re expecting big things from this European and Indian alliance.

This project plays into one of our key targets for growth by expanding into scripted book adaptations. We recently picked up the screen rights to author Salil Desai’s psychological novel The Sane Psychopath, Neelam and Shekhar Krishnamoorthy’s book Trial By Fire: The Tragic Tale Of The Uphaar Fire Tragedy, and have other deals on the horizon too.

With the rise of OTT platforms, the appetite for global stories is healthy. The platforms have shown the world that language is no barrier and non-English language scripted programming is booming. In India alone we have multiple premium platforms with not only Netflix and Amazon but also Hotstar, Zee, Alt Balaji and Voot to name just a few. These platforms have brought Indian content to the world with Sacred Games and the award- winning Delhi Crime on Netflix and the much appreciated The Family Man on Amazon.

We are proud to be one of the first few Indian production companies to land a local Netflix commission this year with Bombay Begums, directed by well-known film-maker Alankrita Shrivastava – a contemporary drama centred on five women, set in an Indian big city, who wrestle with desire, ethics, personal crises and vulnerabilities to own their ambition.

Generally, India has always followed the regular television commissioning model, but as we become more global facing, we will see a move to deficit financing and content aggregator models – these could be the ways that producers can reduce the gestation period on commissioning. Endemol Shine India is open for business and looking for opportunities, whether it be co-financing, co-productions, or commissions for the international market with us as the regional production partner. Everyone benefits, and we have experts at Endemol Shine who can always make deals work.