How US consolidation is shaking up APAC 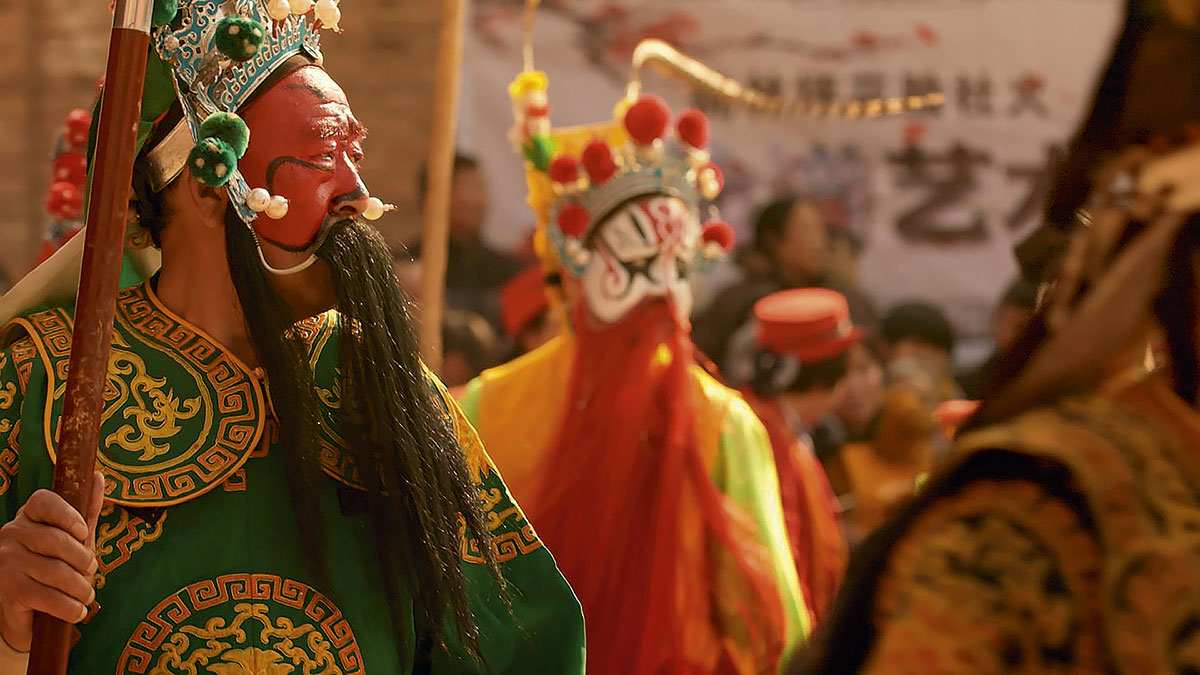 The TVF-distributed Celebration Nation was produced for Nat Geo

Tectonic shifts within the US market have long seen global reverberations in the TV industry, but the rate of change in the last three years has been unprecedented. What’s at stake for producers and distributors in APAC who are riding the ever-changing tides of consolidation against a buoyant streaming market? Manori Ravindran reports

While the global implications of deals such as the head-spinning Disney-Fox merger, AT&T’s acquisition of Time Warner and Discovery’s clever play for Scripps are vast, the knock-on effects in the richly diverse Asia-Pacific – a key growth region for both studios and streamers alike – warrant further investigation.

One of the most direct results of US consolidation in APAC has been WarnerMedia’s restructuring of its Asian operations in September – a move that combined Turner Asia Pacific with HBO Asia and saw the departure of long-time HBO Asia boss Jonathan Spink, who stepped down after 16 years with the business.

WarnerMedia Entertainment Networks in APAC is now a business that spans 42 countries and whose brands include Warner TV, Oh!K, Mondo TV, Mondo Mah-Jong TV, Cartoon Network, Boomerang, POGO and Tuzki together with HBO and HBO Family, among others. Also included is HBO Go and SVOD services HBO On Demand and Ding Ji Ju Chang.

While no decisions have yet been made on what channels will stay within the portfolio, it’s likely that WarnerMedia will make any necessary efficiencies and streamline operations.

Elsewhere, there are also question marks over pan-regional pay-TV players such as Discovery and Nat Geo – two hefty commissioning entities that have undergone significant changes in the last two years, with Discovery buying Scripps Networks Interactive and the Fox-owned Nat Geo now rolled into Disney. Such changes beg the question: what do these shifts mean for the production community and distributors in the region?

“It’s especially tough for the US channels trying to get a foothold into Asia. With the ad spend now, it’s getting harder for these guys. Anything they do has to be brand-sponsored or they have to have great advertising returns – it’s now very strategic in that way,” she tells TBI.

“With the consolidation happening, we’ll see in about six months’ time whether changes in the US production pipeline will continue to filter through to the regions, or whether they will mandate change so that the regions have more autonomy to put more money into local productions. That’s all going to come down to the ad spend with the programmes that they choose.” 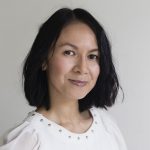 “It’s especially tough for the US channels trying to get a foothold into Asia. With the ad spend now, it’s getting harder for these guys. Anything they do has to be brand-sponsored or they have to have great advertising returns – it’s now very strategic in that way.” Nha-Uyen Chau, Looking Glass International

It all comes down to local, says Chau – a global trend that is especially pronounced in Asia, where a 2018 Ampere Analysis dataset showed that 51.3% of channels are owned by local groups, only second to North America (72.9%).

The focus on local is why new players such as Malaysia-headquartered iflix, Singapore’s Hooq and Hong Kong’s Viu have managed to gain traction so quickly, bolstering US output deals with Asia-focused originals.

One ground-breaking example from Viu saw the platform team with Discovery Asia for Viu-produced travelogue format No Sleep No FOMO, in which Asian celebrities and social media influencers travel to popular destinations and complete 60 missions within 60 hours without sleep.

“It’s local content that’s working,” says Chau. “And it has been more successful for local prodcos to make these programmes because their costs aren’t as high and they’re used to working on smaller budgets and navigating their way around while working with the local market.”

Similarly, Catriona McNeish, head of APAC for London-based specialist-factual distributor TVF International, points out that “as major structural changes in the US disrupt the traditional pay TV networks and, as a result, regional acquisition budgets dwindle, we have found a growing preference for Asian-produced content which can compete with local VOD services championing homegrown content such as iflix, Hooq and Viu.” 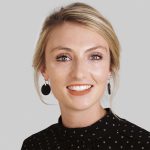 “As major structural changes in the US disrupt the traditional pay-TV networks and, as a result, regional acquisition budgets dwindle, we have found a growing preference for Asian-produced content which can compete with local VOD services.” Catriona McNeish, TVF International

McNeish adds that as the quality of Asian production continues to rise, so too will the appetite for local content.

“We expect to see more exciting ‘glocal originals’ emerge from the region where US firms with big budgets are forced to collaborate with local producers to be able to compete in a highly competitive environment.”

On the production side, however, the practicalities of adjusting to rampant market forces can be fairly precarious. Donovan Chan, creative director of Singaporean producer Beach House Pictures – whose clients include the likes of Discovery and Nat Geo – says the certainty of local consolidation means a constant reworking on the part of the region’s production community.

“We have to re-strategise our entire development and production slates, think of what every business requires, consider the cash flow and man-power, and look five years ahead,” he explains.

“And you have to do all of that while dealing with the changing pace of our audiences. If we’re not nimble and can’t adapt, we will very, very quickly fade away.”

Part of the strategy as well, says Chan, is not being reliant on any single market. Beach House – which has the backing of Blue Ant Media following the Canadian media group’s 2017 acquisition of RACAT Group – is increasingly eyeing a US drive. While this is not believed to be related to changes in APAC, the timing is auspicious.

“We’ve been diversifying not just in genre, but also with our partners around the world,” he says. “The challenge is really being able to build a robust development slate and business.”

Elsewhere, the Mumbai-based Deepak Dhar, founder and CEO of Banijay Asia, says business is booming regardless of consolidation – a trend that, of course, includes Banijay’s own market-altering acquisition of Endemol Shine Group.

This, he says, is due largely to the growth of AVOD and SVOD players in the region – both global streamers such as Netflix, Amazon Prime Video and Disney+ and regional heavyweights such as India’s Hotstar and iflix, Hooq and Viu.

“All the SVOD players are very, very active,” he tells TBI. “Apple and Disney are going to come out on top, but it’s obviously a very buoyant time and it’s great for creative entrepreneurs like us to bring the content.

Banijay Asia is likely to have a long road ahead of it, but the recent shuttering of Endemol Shine China shortly after the merger was agreed between Banijay and Endemol Shine does present a worrying trajectory, suggests one senior production source with knowledge of the Chinese market.

“I don’t know if it’s just about making the financial reports helpful for M&A, but it doesn’t help when people only want the numbers to look good and won’t consider that it’s a long game when it comes to China.

“If the higher management had more of a vision, Endemol Shine could have been one of the leading organisations getting really good breaks in China. It’s definitely throwing away a lot of the progress that had been made.”

Indeed, the one constant in the wave of consolidation is perhaps China. A world unto its own, the territory has remained well-insulated from market forces, and stands to maintain this status quo long into the future, even as its heavy-hitting platforms flirt with expansion strategies of their own.

“Youth in China are growing up in a Chinese world, with Chinese content and platforms and Chinese internet,” explains Jean Dong, founder of producer-distributor Zespa Media, which specialises in identifying international IP that is suitable for China and working with local producers and rights-owners.

“Despite all the new international players and the different platforms, China is hardly taking notice and the media industry is not really bothered,” says Dong. “It doesn’t have much to do with what they are doing in China. They are like two parallel universes.”

Indeed, international studios and SVODs have had a checkered relationship with the Chinese. Barred from launching in the country due to strict regulations, Netflix struck a much-ballyhooed licensing deal with digital giant iQiyi in 2017 that, in theory, would have seen the US streaming giant’s originals such as Stranger Things and Black Mirror offered locally via the Chinese service.

However, iQiyi CEO Tony Gong confirmed earlier this year that the deal came to a close following lacklustre results that were largely due to censorship limitations.

“So many of Netflix’s originals couldn’t pass the Chinese government’s regulations on content,” he said. “We had hoped to share a lot more with one another than we ended up exchanging on our platforms.” 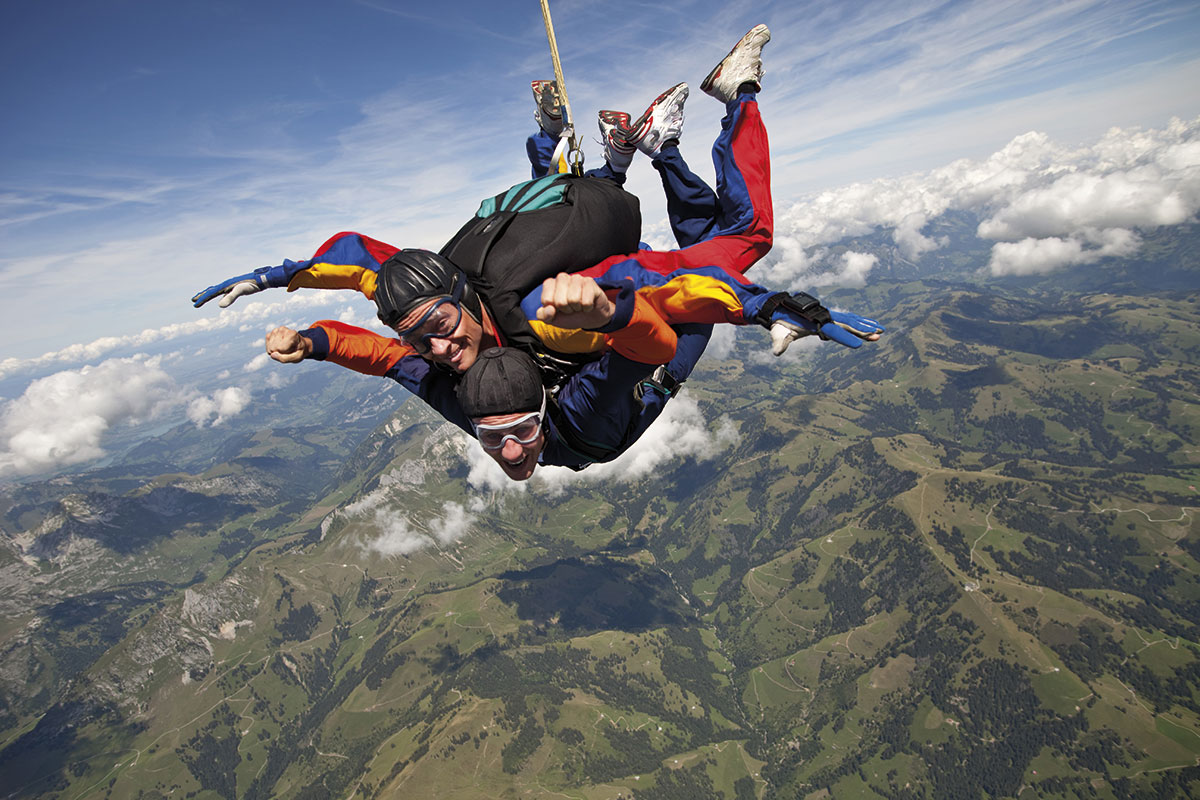 And yet, businesses such as Apple continue to tread carefully in the market.

Earlier this autumn, it was reported that in early 2018, Apple leadership such as Eddy Cue, SVP of internet software and services, and Morgan Wandell, head of international content development, had advised creatives working on the streaming platform’s originals content slate – which was then in its infancy – to refrain from portraying China in an unsavoury light.

What’s clear is that these geopolitical tensions may be tested in the future as part of a rapidly changing media landscape and, in particular, a desire for Chinese brands to expand and thrive outside the home market. Gong’s iQiyi launched in Taiwan in 2016 and recently revealed an expansion into Malaysia via telco Astro, which is to offer iQiyi as an app to its customers.

“China can shut the door on the rest of the world, but they are keen to step out of their own door, too,” explains Dong.

“In the future, China will need to learn to play the international game, rather than according to its own rules. As far as a friendly exchange, IP protection and international collaboration are concerned, they need to open up more and offer more protection to their international partners.”