ATF 2019: Is China still a land of rising opportunity? 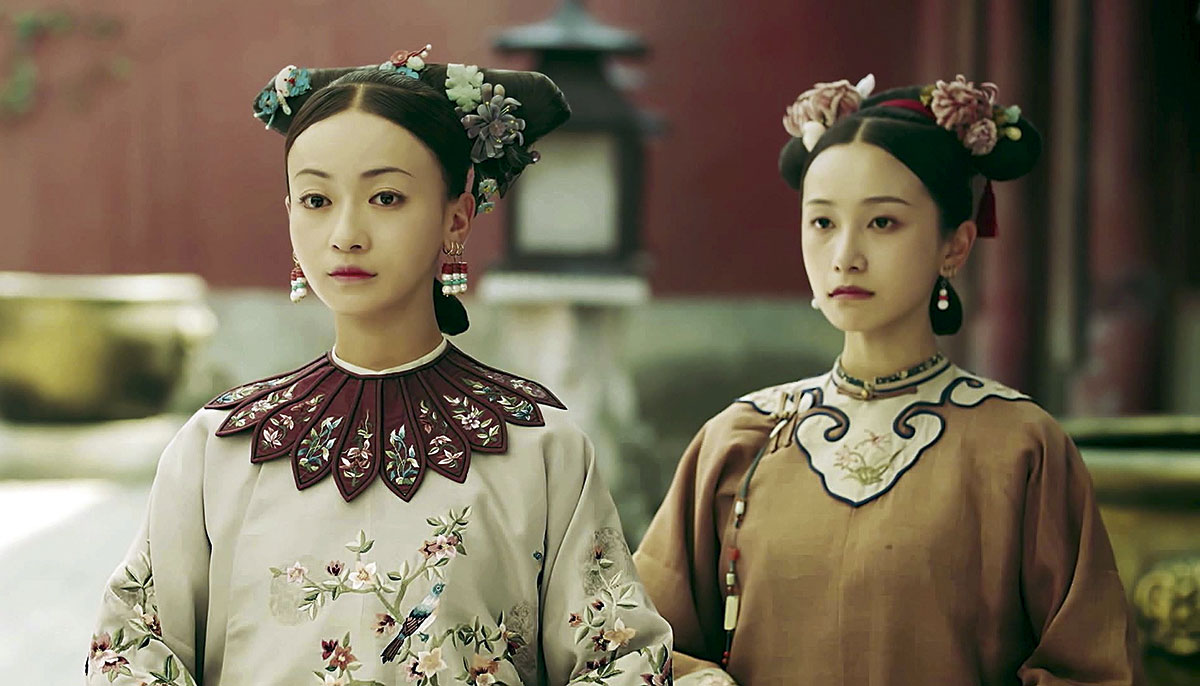 China might seem to offer huge audiences and potentially boundless riches, but recent developments have underlined the fast-changing nature of its TV ecosystem. Richard Middleton reports

For the past couple of years, China has largely been seen as a land of opportunity, albeit one that was fairly tricky to access and problematic even once you had feet on the ground.
Recent developments have done little to change this viewpoint. In November, Endemol Shine Group confirmed it was planning to close its office in the country after five years of operation, with its local MD William Tan stepping down. ESG, which is in the process of being acquired by Banijay Group, said it would be moving to a “centrally-led distribution and licensing model”, with its Group sales and development teams working with local third-party representatives instead.

A similar situation has occurred at Fremantle. The company recently confirmed it would be moving out of local production in the world’s most populous country, instead focusing on a licensing approach to China. Vivian Yin, who joined from Star China in 2015, is to leave as a result.

Two aspects are particularly striking about these developments. One is the timing: doing business in China has always been seen to be challenging, but both companies have had degrees of success over recent years and weren’t new to the market.

Earlier this year, for example, Endemol Shine revealed plans to produce a local version of TV Land drama Younger for Huace Group, while numerous licensing deals have been struck for shows such as Humans and Broadchurch. Even more recently, in October, Endemol Shine trumpeted a co-development deal for primetime entertainment format Sing Or Spin with Hunan TV.

Fremantle, meanwhile, had also enjoyed success, working on Chinese adaptations of its blockbuster Got Talent franchise with shows such as World’s Got Talent (Dian Feng Zhi Lu) for Hunan TV and Dragon TV’s China’s Got Talent.

The other stand-out aspect of the withdrawals was the readiness with which both companies laid the blame on the domestic industry for their respective exits. A spokesperson for Fremantle mentioned “a number of market factors” among the reasons for its office closure while Endemol Shine went further. Its model was, it said, “unsustainable given the market conditions, which limit the activities of non-domestic production companies.”

Tan added that “the business environment has changed for everyone and, with the current landscape, it has grown increasingly difficult for the company to structure a business based on sustainable growth”.

Both companies reiterated that their decisions wouldn’t affect their commitment to China – there are sufficient finished tape sales to be made there, it seems – but non-domestic format-related producers in particular have faced substantial obstacles for several years that are perhaps now becoming simply too big to overcome.

Regulations have limited imported TV formats to two per year since 2016 and things have not improved in the intervening years. The country’s former media regulator, the snappily titled State Administration of Press, Publications, Radio, Film and Television (SAPPRFT), had been busily curtailing foreign content in primetime prior to being replaced by the State Administration for Radio and Television (SART) last year, and since then, the potential for non-Chinese content has dwindled further.

Foreign content is rarely shown by broadcasters between 7pm and 10pm, while streamers are also being much more tightly regulated, with local operators such as Youku ending its remake of Saturday Night Live, for example. There are also changes being made to the types of domestic shows being offered, with broadcasters and streamers moving away from period costume series such as Story Of Yanxi Palace. Given that the series was streamed more than 15 billion times following its debut in July last year on iQiyi, the decision has had a deep impact.

None of this should come as much of a surprise, however. Not only do most countries have their own protective measures to support local producers, but China’s regulatory environment has been fluxing for many years, leaving producers and distributors to roll with the changes. South Korean companies, for example, had developed extensive format relationships in the country, but their involvement has been steadily reduced over recent years as production was taken inside China. However, some Korean firms have since suggested their ideas are still being used, with local TV firm Seoul Broadcasting System (SBS) admitting it was investigating Hunan TV earlier this year after similarities were noticed between its reality format Master In The House and the Chinese broadcaster’s series My Brilliant Masters.

Similar reports have emerged in the UK. Dawn McCarthy-Simpson, MD of business development and global strategy at the country’s trade body Pact, says her organisation has seen “heightened sensitivity” around content issues.

“Over the last 18 months or so, more of our members are reporting IP infringement,” she says. This normally plays out in two scenarios: if it’s a format that has been licensed over a number of years, some Chinese partners are exiting those deals citing a number of changes they have made to the format that makes the show inherently different from the original. This, in turn, frees up their quota for the year. Then, there is also “straight copying” for some formats if they are simple enough. 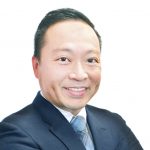 “By teaming up with our streaming partners’ creative and commercial teams, we have been able to come up with a portfolio of content ideas that meet their needs.” Kelvin Yau, BBC Studios

Such developments, along with the tense political climate between the UK and China regarding the future of Hong Kong, has prompted Pact to pause all dealings with the country, including its UK China Creative Exchange and the delegation to the Shanghai TV Festival.

“Politics is really at the heart of whether we have a good trade in media with China or not,” McCarthy-Simpson says. “The Hong Kong issue isn’t going away. The threats are still very live and [China has suggested that] if we don’t ‘back off’ and accept that Hong Kong is part of China and there is nothing British about it, we could face some consequences.”

McCarthy-Simpson also admits to disappointment in the progress of the UK-China TV co-production treaty, which was ratified last year. It was once hoped that the agreement would be a boon for business with China and also help to protect UK IP, but the exec highlights a lack of exposure and education about the document. “When we did the co-production treaty, we thought it was going to be a good route of co-producing together. But the problem is that no one knows it exists,” says McCarthy-Simpson. “When you speak with Chinese broadcasters, they don’t know what it is because it’s not published anywhere. It feels like it was a silent agreement.”

All this suggests that the Chinese government’s attempts to re-assert the dominance of its local production industry is having the desired effect. But industry insiders who work for Chinese firms suggest opportunities do still exist – foreign companies just have to be adaptable. One exec who didn’t want to be named tells TBI that “you just have to be prepared for the regulatory controls to be different every year”. The person suggested that, from a regulatory point of view, having “Western companies in China is different to having Western content in China”.

For Kelvin Yau, SVP and general manager at BBCS for Greater China, it has been a gradual process. First, the company developed relationships with national and provincial broadcasters such as China Media Group’s CCTV, Shanghai Media Group’s DragonTV and HunanTV.

“About five years ago, our Chinese partners expanded to include many of the top streamers, including Tencent, Youku, iQiyi, BesTV, Bilibili, China Mobile Migu and most recently new VOD player ByteDance, and many more. By teaming up with our streaming partners’ creative and commercial teams, we have been able to come up with a portfolio of content ideas that meet their needs, while demonstrating the production and distribution capabilities of BBC Studios.” 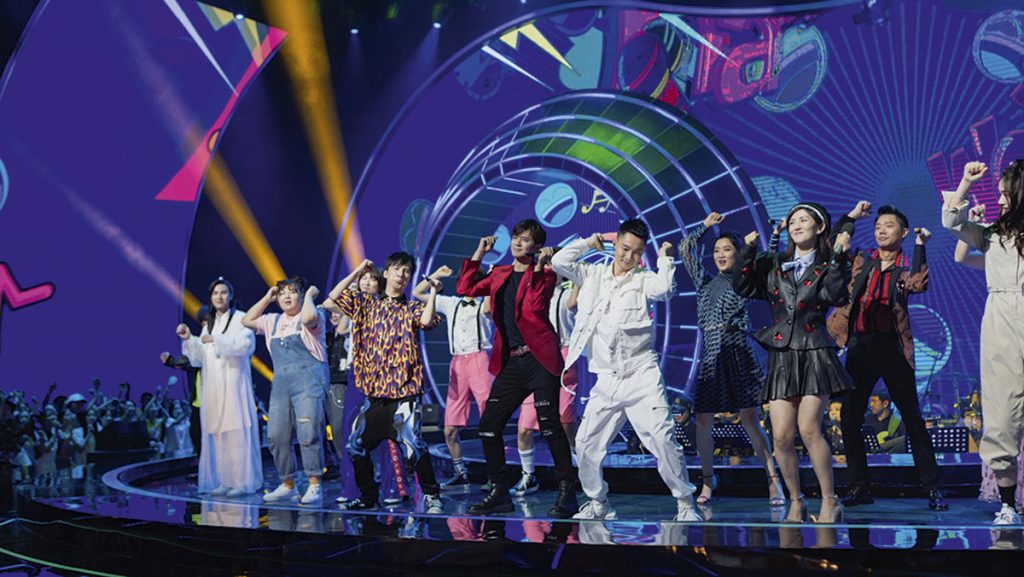 Sing Or Spin was co-developed by Endemol Shine and Hunan TV.

Yau and his commercial team based in Beijing has been working closely with Chinese partners on programming, coming up with projects that resonate to audiences in both the domestic market as well as further afield. But how does it work day-to-day?

“BBC Studios Factual Production has a small team based in Beijing, leading our business development on the ground,” explains Fiona Clarke, director of business and commercial for BBCS factual production. She is leading the team responsible for producing One Cup, A Thousand Stories, and says that “as the commissioner [of One Cup, A Thousand Stories], Migu is working closely” on editorial “and is consulted at every key milestone on the production”.

“We value and respect their contribution from the local perspective on this special subject: 50% of our filming is taking place in China, 50% outside of China, including in Japan, Sri Lanka, India, Georgia, the Azores, Morocco, Kenya, Malawi, Malaysia and the UK. Production is going really well – we’ve filmed two episodes so far.”

Much of BBCS’s success in China has been with natural history and Clarke says the focus is “primarily on premium specialist factual content, building on the strengths of what we already make for the global market – science, natural history and history.”

“There is also an appetite for documentary, so we have been developing in that space as well. The media market moves incredibly quickly in China and because of the range of factual genres produced in the UK we’re uniquely placed to react to changes in commissioning strategy and jump on new opportunities when they arise.”

Yau says to succeed in China you must “be open” and adapt to change quickly, while Clarke adds that language support is also essential. And despite recent developments, some are seeing opportunity. Tim Crescenti of format experts Small World IFT says he is looking to strike new deals in China “amidst all this mass exodus of Pact, ESG and Fremantle. We are working on new partnerships there, as it could be a wide open opportunity for us.”

For companies such as Endemol Shine and Fremantle, the decision over a shift in strategy has clearly been made but for others, as Crescenti highlights, there is potential. McCarthy-Simpson says Pact will take a year off to evaluate relations, gauge the political situation and “look at what deals are being done and what they might look like”.

But she adds that if the UK trade body does decide to return to China in 2021, its approach might be quite different.

“We’re definitely not ignoring it, but it’s a waste of our time at the moment because things are a little unpredictable, so we are going to back off and focus on other territories.”