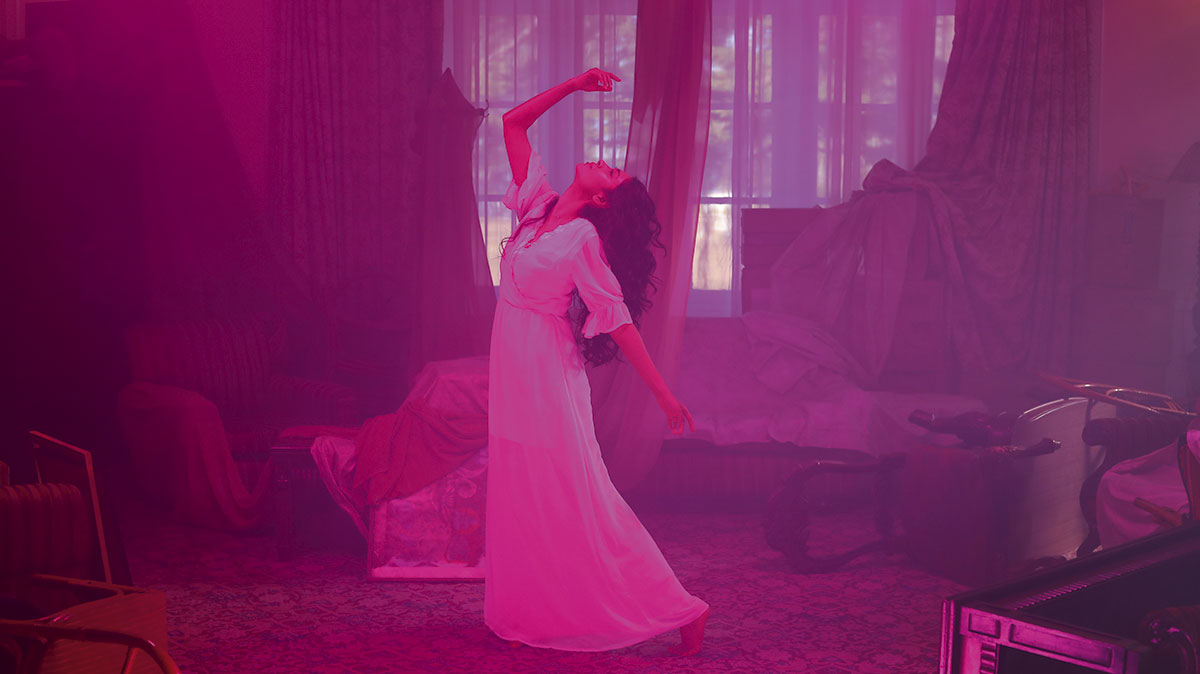 Parchhayee: Ghost Stories is based on novels by Indian author Ruskin Bond

Since striking a JV with the fast-expanding Banijay Group, Indian super-producer Deepak Dhar has his sights set on a high-end drama revolution. Manori Ravindran reports

It’s been less than two years since Deepak Dhar founded Banijay Asia after setting up the 50/50 joint venture with Marco Bassetti’s content powerhouse, though you wouldn’t know it given his fledgling business’s vast output.

“The time is right in the Indian market right now. We are seeing a lot bubbling under. But you’ve got to time your jump and use the market momentum to get things up and running,” the Mumbai-based Dhar tells TBI.

More than 600-plus hours of content have been produced, with 14 shows on air and eight currently in production. The slate is a roll call of India’s top content platforms – Hostages and Roar Of The Lion for Hotstar Specials, Parchhayee for Zee5, The Kapil Sharma Show for Sony TV, ARRived for YouTube, Nach Baliye 9 for StarPlus and Masters Of Taste With Gary Mehigan for FoxLife.

Of course, given Dhar’s credentials, the output isn’t altogether surprising. Prior to joining Banijay, the exec was CEO of Endemol Shine India, leaving the business after 11 years at the end of 2017.

Having joined initially as creative director, Dhar was part of the team that launched Endemol Shine India in 2006, and during his tenure, the business rolled out a slate of international formats in the market, including MasterChef, Deal Or No Deal and The Voice, along with originals such as Geet, Miley Jab Hum Tum and Sabki Ladli Bebo.

As of recent weeks – and after a year’s worth of speculation – Dhar’s worlds are set to collide, with Banijay Group acquiring its long-coveted Endemol Shine Group from owners Apollo Global Management and Disney for a sum believed to be in the ballpark of $2.2bn (£1.7bn).

What this means at this point in time – for starters, is there a merger on the horizon for Endemol Shine India and Banijay Asia? – is as yet unclear, but Dhar is “bullish” about forging ahead with an impressive growth strategy that sees the business, which has “no time horizon” set on its JV, zero in on premium scripted.

“I’ve been known for a lot of unscripted and historical formats that I’ve produced from various catalogues in this market, and that’s one of my strengths, but I’m more excited about scripted content,” he confesses. 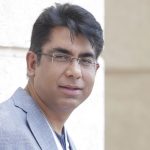 “The time is right in the Indian market right now. We are seeing a lot bubbling under. But you’ve got to time your jump and use the market momentum to get things up and running.” Deepak Dhar,, Banijay Asia

The focus, he says, has been to set up a balanced production capability in India spanning both scripted and unscripted, and covering all Indian languages – from Hindi to Telugu to Urdu.

“Because it’s like a European subcontinent,” he explains, “people produce the same format in six or seven languages – one in Hindi and then you can go down south and do other languages. If the format is working, you can push it into every corner of the country.”

Banijay India is eyeing an impressive share of business with linear broadcasters such as Sony Entertainment Channel, Viacom and Star India, with plenty of opportunity in primetime and access prime to push Banijay formats such as the newly revived Temptation Island and Survivor, but the apple of Dhar’s eye seems to be the two-year growth spurt of SVODs such as Amazon Prime Video and Hotstar.

“India is known for telenovelas and daily soaps on the scripted side, but now there are a lot of new genres such as paranormal, horror, fantasy, sci-fi, crime, thrillers and investigations that are really coming into the country via finite, premium scripted formats,” he explains, adding that this wave is now fuelling demand for original scripts and ideas.

One of Banijay Asia’s recent triumphs is anthology series Parchhayee: Ghost Stories for Zee5, which is based on the stories by Indian author Ruskin Bond and has already been commissioned for a second season after meeting critical acclaim.

A local adaptation of the Armoza Formats-distributed Israeli drama format Hostages is also returning to Hotstar for a second run, he says, while the business is producing the Mumbai-set film Tribhanga for Netflix, featuring iconic Bollywood actress Kajol.

“All the SVOD players have shifted gears,” says Dhar. “That really fuelled the demand for more and more scripted shows and in different genres, from both formats and original IP.”
Netflix’s push into films such as Tribhanga, which Banijay Asia is producing alongside Ajay Devgan Films, also demonstrates how streamers are leaning into the local market’s robust cinematic grounding.

“India is a celebrity-driven and Bollywood-focused market. It would be very obvious to start pushing a lot of stories that can be told in film format as well. There’s been a good start with Netflix and that’s only building,” says Dhar.

Dhar has racked up an impressive roster of strategic partners in the last two years as it looks to bolster access in the region.

One headline deal in recent months is a major content partnership with advertising giant GroupM India targeting the local market.

The deal will see GroupM’s Motion Content Group and Banijay Asia creating both scripted and non-scripted content across a variety of genres for linear channels and OTT services. 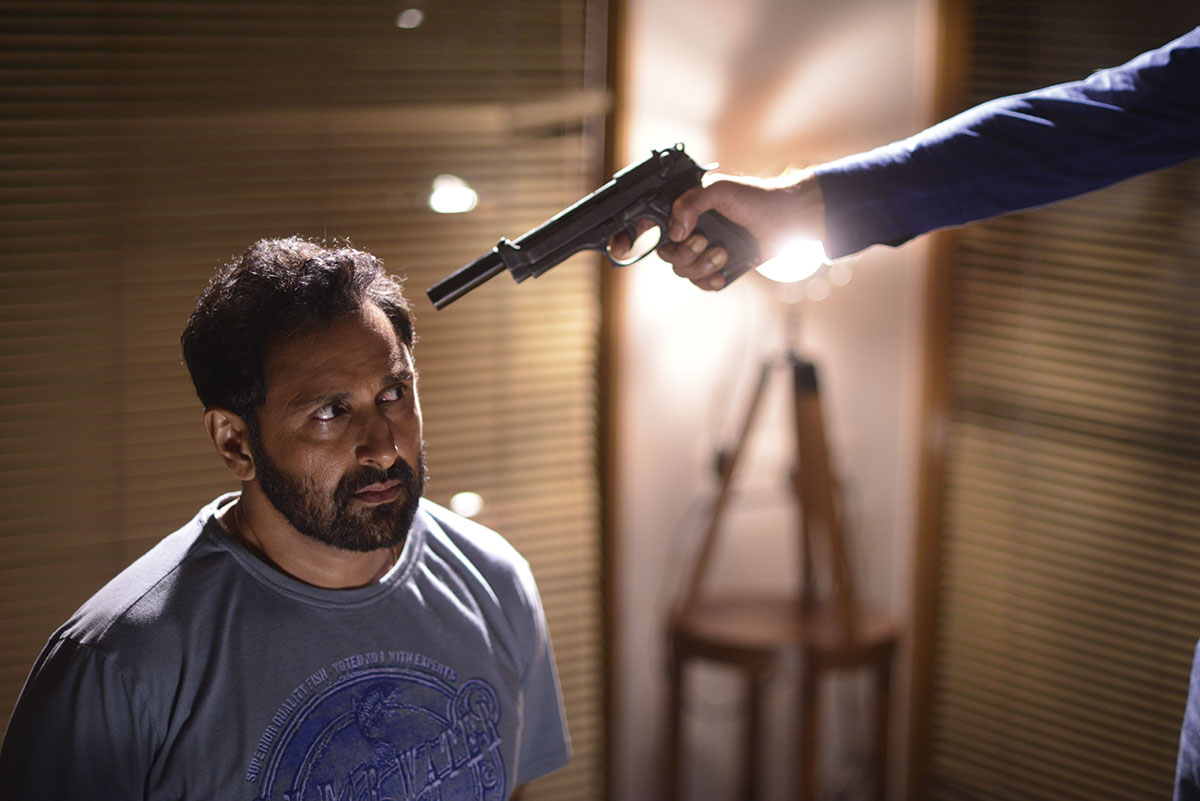 Dhar is enthusiastic about the pact, which he calls a “fundamental and important strategic block” for the business going forward.

“While we’re busy catering to content opportunities from both broadcasters and platforms, there is a massive opportunity where we could really create formats and IP for brands directly and then take them out to AVOD players or broadcasters.”

In fact, this is less ‘branded content’ as it is brand-focused IP solutions, he points out. One recent example is the 10-part fashion reality series Myntra Fashion Superstar – a partnership with fashion e-commerce brand Myntra for the Myntra app and Zoom TV.

“That’s IP that was created along with them,” says Dhar. “This association brings in a lot of leverage to work with a lot of brands and their relationships.”

Overall, AVOD is a prime opportunity for Banijay Asia, which is set to announce two separate food and music reality series with brand connections for ad-supported platforms.

“AVOD is more unscripted, with the lens of a brand on board,” explains Dhar, who adds that these platforms are also “gradually increasing” their appetite for high-end scripted.
For now, however, SVOD is where the business is “really pushing a lot of premium scripted dramas or crime and investigation thrillers”.

Going forward, Banijay Asia is looking to step outside its home market, and its next moves will include an inevitable expansion into Southeast Asian markets, including Singapore, Indonesia, Philippines, Thailand and Malaysia.

“The idea is to use India as a production hub to create more content for the region, and to focus on other languages and other markets as well,” says Dhar.

“We are already doing that in India where we’re making a format in Hindi, and we can actually push that out in different languages and markets. The model is already market-tested and now we’re sure we can do it across geographies as well.”