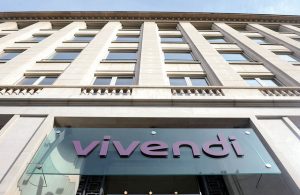 European media giants Vivendi and Mediaset failed to strike a deal on Friday that could have seen the French firm sell the stake in the Italian broadcaster that it holds indirectly through a trust arrangement.

After more than a week of speculation that the pair were close to an agreement, Mediaset confirmed that “despite strenuous efforts”, attempts at a reconciliation had failed to produce a deal.

Vivendi and Mediaset have been at loggerheads over Mediaset’s plans to merge its Italian and Spanish operations under the aegis of a new Dutch-registered holding company, MediaForEurope (MFE). Vivendi objected that the proposed ‘articles of association’ of the new company were prejudicial to the interests of minority shareholders. Vivendi successfully blocked the implementation of the merger through legal action in Spain.

The pair have also been engaged in a long-term dispute over Vivendi’s decision to pull out of a deal in 2016 that would have seen it acquire Mediaset’s pay TV arm and invest in the parent company. Vivendi subsequently acquired a significant stake in Mediaset, with the Italian broadcaster accusing it of seeking to manipulate its share price to its own advantage.

Vivendi was later forced to transfer the bulk of its holding in Mediaset into Simon Fiduciaria in a trust arrangement to meet Italian regulatory requirements, with Mediaset refusing to allow the latter to exercise its rights to attend and vote in shareholder meetings.

Following the failure of the pair to strike an agreement on Friday after a court hearing was postponed, the Italian group said it would “propose to an extraordinary meeting of the company’s shareholders, the approval of specific modifications to the proposals for the articles of association of MFE, convened for 10 January 2020, along with the terms and conditions of special voting shares, prepared following the suggestions made by the Court of Milan during the conciliation process”.

Reuters reported on Friday the Court of Milan judge will now decide the outcome of the dispute.

Ahead of last Friday’s deadline, Vivendi was understood to have proposed selling the part of its 19.19% stake held through Simon Fiduciaria at €3.25 ($3.58) a share, which would be half-way between the original buying price of the shares and the withdrawal price proposed by Mediaset as part of the plan to create MFE.

A sale would leave Vivendi with a stake of 9.6% in the Italian broadcaster. The pair were reportedly negotiating a compromise price as part of a deal that would also have seen them end outstanding litigation, but in the end they once again failed to strike a agreement.