Darren Star: An American in Paris 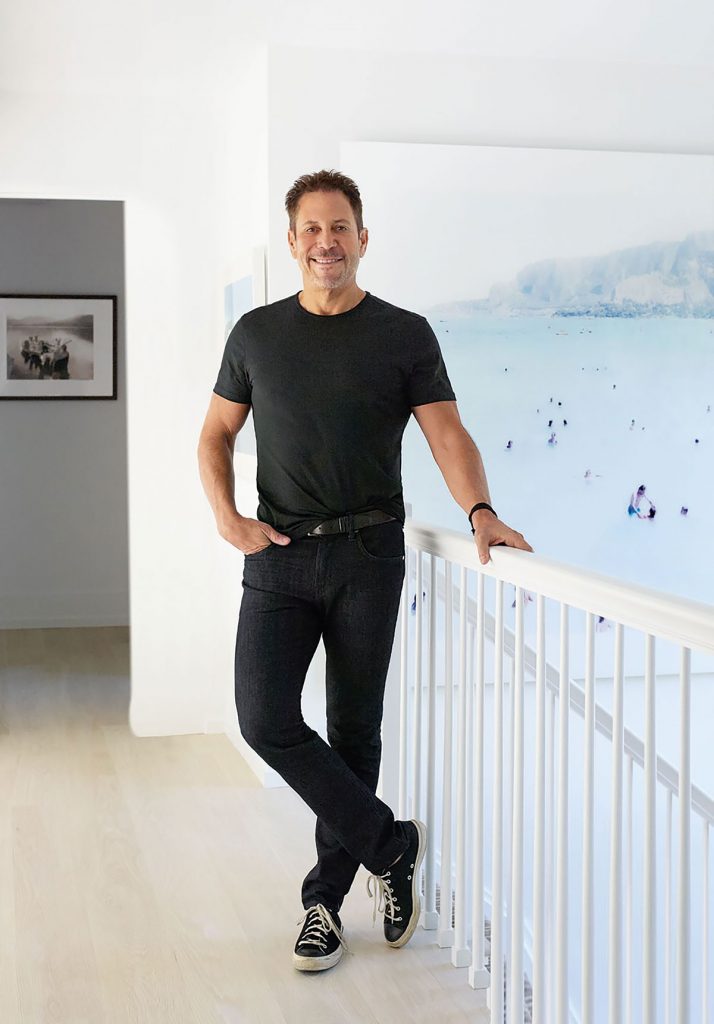 Darren Star, creator of Beverly Hills 90210 and Sex And The City, brings his Midas touch to France with his first international foray, Paramount Network’s Emily In Paris. Manori Ravindran reports

In a cut-throat landscape that has seen studio romcoms become an endangered offering, you can count on Darren Star, the powerhouse creator behind Sex And The City, to bring back the magic and the meet-cutes.

Star has been trading in brownstones for bistros since July, hard at work in France on Paramount Network’s Emily In Paris – a 10-part series about a transplanted Midwesterner hired to ‘Americanise’ a French marketing firm. It’s the classic fish-out-of-water story, explains Star, but hits a spot you don’t much see in film and TV anymore.

“They just don’t make those big studio romantic comedies the way they used to,” complains Star, nestled in a Parisian apartment with his Emily, the effervescent Lily Collins, cast in large part due to her turn in 2014’s Love, Rosie.

“This fills that slot,” he says. This is that big romantic comedy. “It’s got the feel of Devil Wears Prada,” adds Star, who also cites classic films such as 1954’s Sabrina starring Audrey Hepburn, which similarly has a Parisian flavour.

It’s also one of all-American Star’s most international efforts to date. The prolific creative’s headline credits include the likes of Fox’s Beverly Hills 90210 and Melrose Place and TV Land’s Younger – none of which have ventured very far from prime zip codes in Los Angeles or New York.

With Emily In Paris, however, Star is fully ensconced in Parisian culture across a four-month shoot.

The entire production is shot in the French capital, he notes, with a largely French crew and several prominent local actors, such as Philippine Leroy Beaulieu (Call My Agent!), Samuel Arnold (Antony & Cleopatra) and Camille Razat (The 15:17 to Paris).

“We’re not grabbing the beauty shots of Paris and shooting in the US,” he says. “The whole show gets informed by being here in the way that Sex And The City wasn’t filmed in Los Angeles – it was filmed in New York. Nothing here is a stand-in.”

Star instantly gives the impression of a hands-on creative who has not, for a second, rested on his laurels.

Across the course of almost three decades in television, he has created timeless characters who have shaped popular culture, whether it’s Beverly Hills 90210’s formidable Brenda Walsh or Sex And The City’s columnist-cum-fashion icon Carrie Bradshaw. The cities of Star’s shows, too, have become characters in and of themselves, best evidenced by innumerable tours of filming locations that remain popular with tourists.

Paris, it seems, is next to receive the Star treatment.

“It’s important to get the texture of the show, and anyone that watches this show will have that experience of being in Paris. That’s what I wanted to do,” he says. “Viewers want a transporting experience and that’s what this show is going to give them – they’re going to see Paris in a depth they haven’t seen before.” 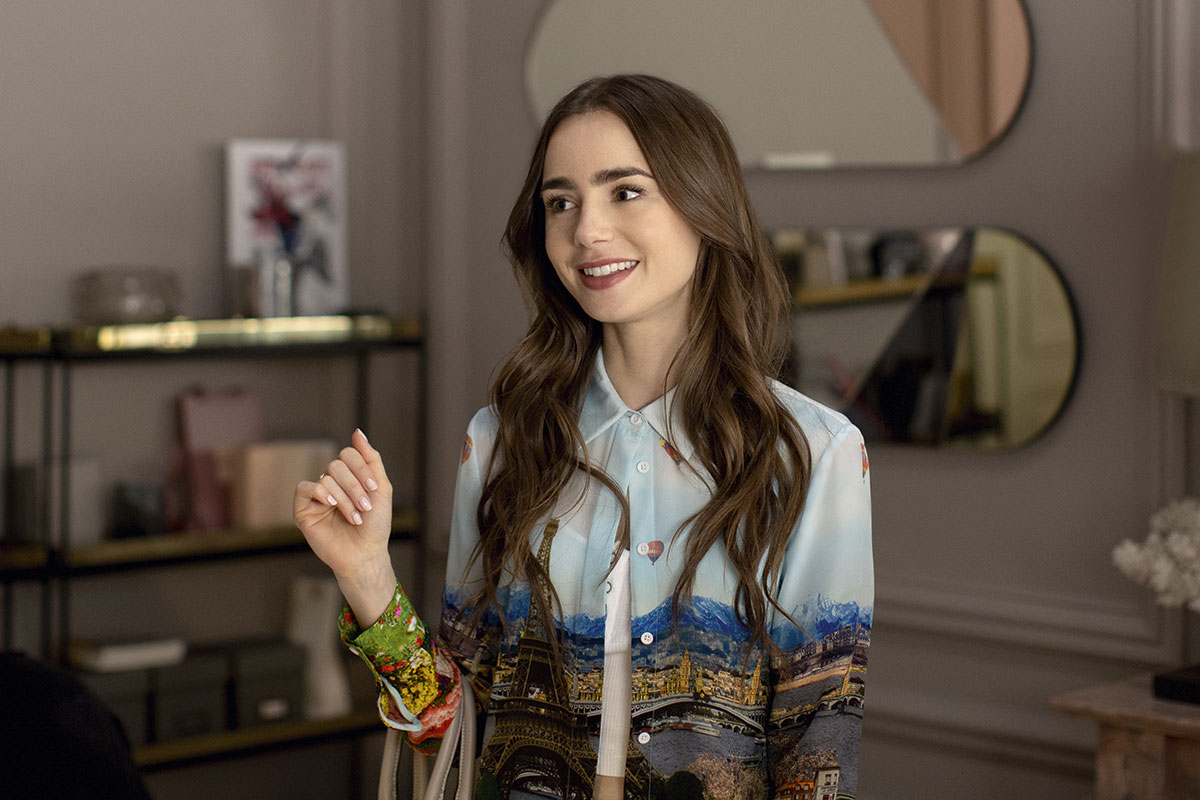 The exec cautions, however, that Emily In Paris is not Sex And The City redux. “They’re apples and oranges,” he says. “This is a story about an American woman coming of age, and how she’s changed by being here and how she changes people around her.”

After a second, he adds, “I haven’t seen a really international show like this before.”

Star, who describes the series as “a feel-good show that is meant to be purely entertaining and escapist”, will land “some kind of streaming deal”, though it’s yet undecided what that might be. 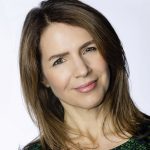 “People come to our channel seeking quality programming with real cinematic value that gives them a strong sense of place, so Emily In Paris is the perfect fit for our audience” Jill Offman

He is hyper-aware of how his shows are distributed, knowing full well how programming today can quickly get lost in the rabbit hole of streamers. “Finding shows is important,” he says. “Even a show like Younger is on TV Land, but a lot of times, people find it on Hulu.”

It’s a challenge, he admits. Especially when Netflix is “first on mind for a lot of people”.

“‘Is it on Netflix?’ is the question,” he says, adding that such distribution quandaries are ultimately “high-class problems” for everyone involved. And to be fair, he’s been around long enough to speak authoritatively on the matter.

Star remembers a time when HBO didn’t have the brand awareness around TV that it holds, relatively effortlessly, today.

“HBO was a tiny universe at the time Sex And The City came on. It wasn’t known for series, so I had to shake people into watching by saying ‘Watch this show on HBO’, and they’re like, ‘What do you mean? Watch this series on HBO?’ It was not a place where people saw TV series.”

Star – who has an overall deal with Viacom – has yet to write directly for a streamer, but his writing process, like so many others, is not exempt from the SVOD influence.

“When I started Younger, I was conscious of the fact that it would eventually land on a streaming platform, so I wanted the show to have cliff-hangers, [where] every episode would drive you into the next one,” he says of the drama, which was recently greenlit for a seventh season on TV Land.

Incidentally, TBI understands that Younger – which stars Sutton Foster as a woman who lies about her age to get ahead in the cut-throat world of publishing – has scored a UK remake, with an hour-long version of the traditionally half-hour show now in the works.

It is also being remade in China by Endemol Shine China and Huace Group, and in Korea via a deal with JTBC Content Hub. A Russian show is also in the pipeline.

Indeed, Star appears far more interested in the global remakes of his shows than the domestic reboots, which have been exhaustive and without the longevity of the originals.

And then there was The CW’s short-lived Sex And The City prequel The Carrie Diaries in 2013, and the recent Fox reboot BH90210, which premiered in August.

One has to wonder, does Star think long game? Does he envision how a project might be rebooted down the line when he’s crafting certain characters?

“They don’t even enter into my mind,” he says categorically. “You’re thinking of version one, and hoping that will be successful.”

But he does get a “big kick” out of them, he says, particularly knowing the original actors as well as he does. Of Fox’s latest incarnation of Beverly Hills – which reunites original cast members including Jason Priestley, Shannen Doherty, Jennie Garth and Ian Ziering – Star says it was “cleverly done”.

“To me, it spoke to the cast and how appealing they are to watch all these years later. Certainly, they were playing versions of themselves, but beyond that, it was just the chemistry. That cast is really timeless. They’re still so fun to watch.”

Jill Offman, EVP of Paramount Network International, describes Emily In Paris as a “perfect tentpole programme” for the brand’s global network of channels.

While it’s still unclear which territories will air the show as part of its offering – especially as a streaming deal is in the mix, according to Star – Offman says the show encompasses “all the things we want”.

Offman – who also oversees Comedy Central globally – says Paramount aspires to be “purveyors of escapism” and describes the brand as “premium popcorn”. Because it is available internationally both on linear and VOD, via Paramount+, it can afford to be “a little more upmarket and global with our content”.

“From Yellowstone, Waco and Line Of Duty to Killing Eve, which airs on our channels in Latin America, our programming has depth and cinematic value. Much like visiting a cinema to watch a movie, our programming allows viewers to completely immerse themselves from the moment they turn on the TV or access Paramount+,” says Offman.

While Paramount Network International reaches around 122 countries, Paramount+ is currently expanding. It now reaches millions of subscribers in Latin America (Mexico and Brazil), the Nordics (Sweden, Denmark, Norway and Finland) and Central and Eastern Europe (Poland and Hungary).