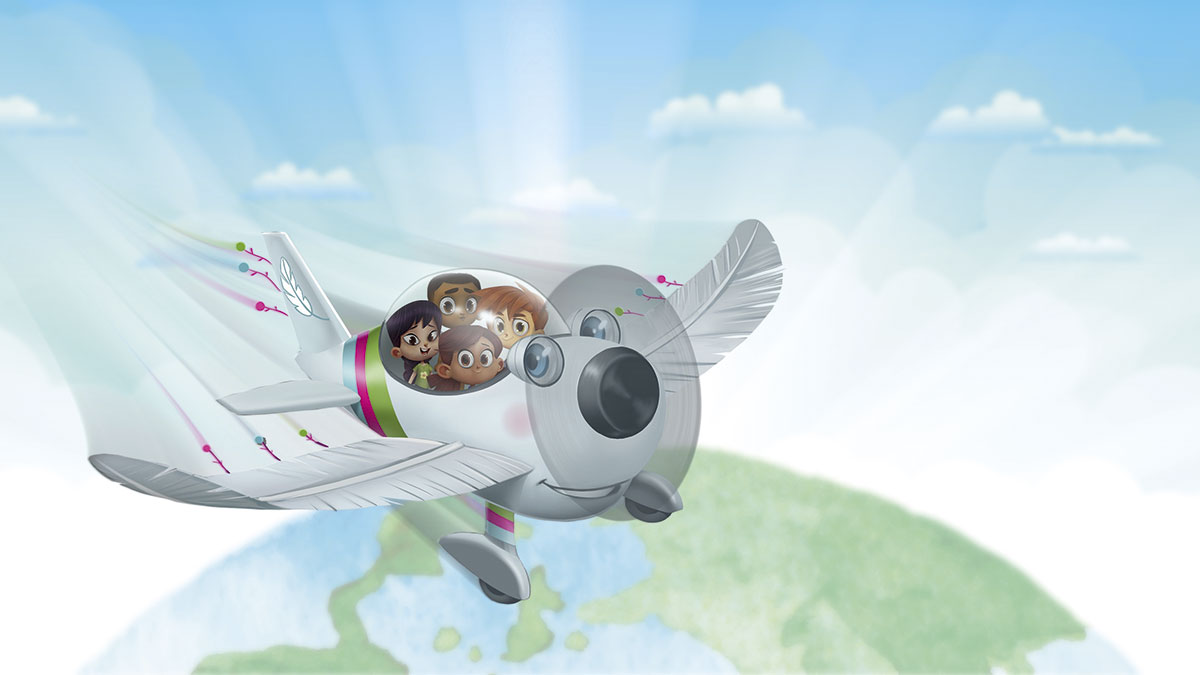 Based on Julian Lennon and his children’s book collaborator Bart Davis’s trio of New York Times-bestselling books, Touch The Earth aims to inspire children around the world to become eco-warriors and promote sustainability.

Lennon and Davis are executive producers on the series, which is being made through Gaumont Animation in collaboration with its president Nicolas Atlan, and Terry Kalagian, SVP of creative development.

The story follows four friends – UK-born Jack, Venezuelan Rosa, Ghanaian Kofi and American Ally – as they join Ryder, an Earth Spirit in the form of a magical White Feather airplane, on adventures around the globe.

Themes of environmentalism and social issues run through the series, and, on their expeditions, the characters help other kids solve problems local to their region. These involve lending a hand to a stranded elephant in Africa, diving into a beach clean-up in India, and planting a fresh vegetable garden at a newly built school in New York.

“Touch The Earth will inspire children everywhere to make a difference and show them how they can be the ones to change the world, one story at a time,” says Kalagian.

The series is comprised of a CGI-animated story featuring the main characters with a factual, live-action segment at the end of each episode profiling children who have made a difference.

Currently in development, there are no broadcasters attached to the global-facing 52 x 11-minute series.