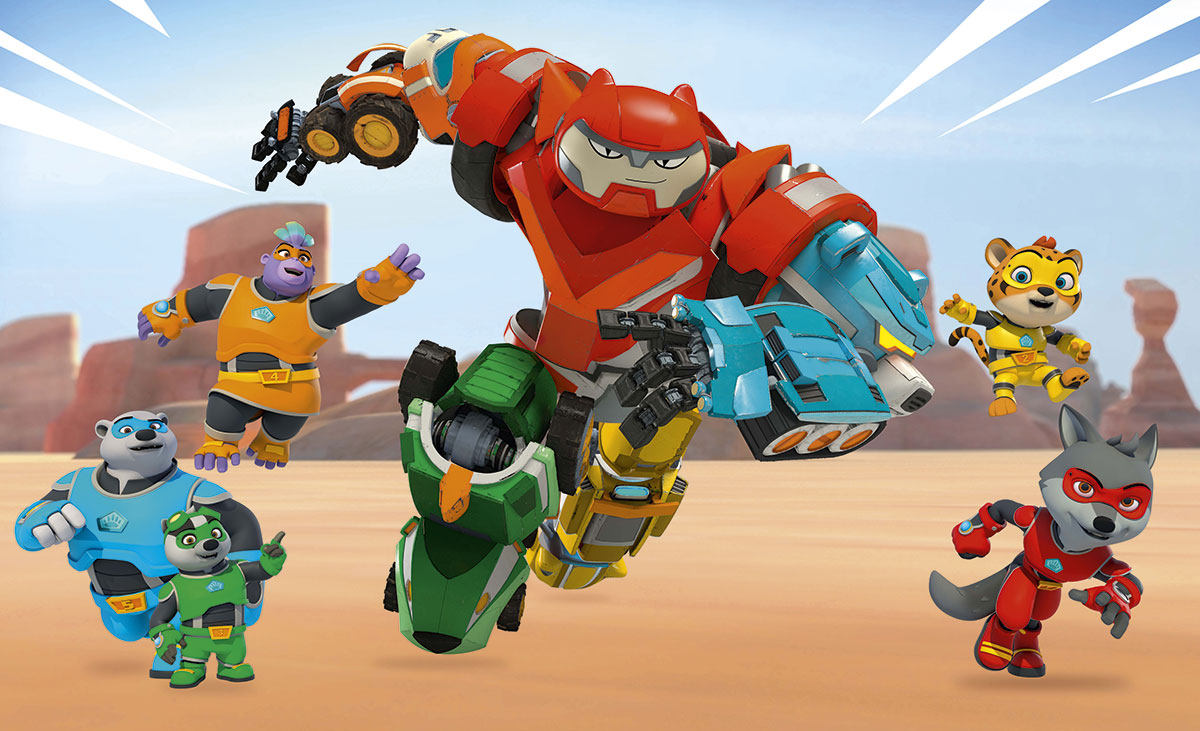 Described as a ‘high-octane animated action show’ aimed at older pre-schoolers, Kingdom Force follows the exploits of five animal heroes who must serve and protect the citizens of their different kingdoms.

The kings are supported by a fearless wolf leader, Luka, and their rescue vehicles, which can transform into a giant super-robot called Alpha-Mech.

The distributor’s MD Jon Rutherford explains: “Each of our heroes comes from a different Kingdom with their own cultures and traditions but when they combine their individual strengths to help save ‘animal kind’ and unite to become Kingdom Force, the team is unbreakable,” he says.

Rutherford adds that Boat Rocker has secured “significant” sales with leading international broadcasters across a number of territories and will be holding further discussions.