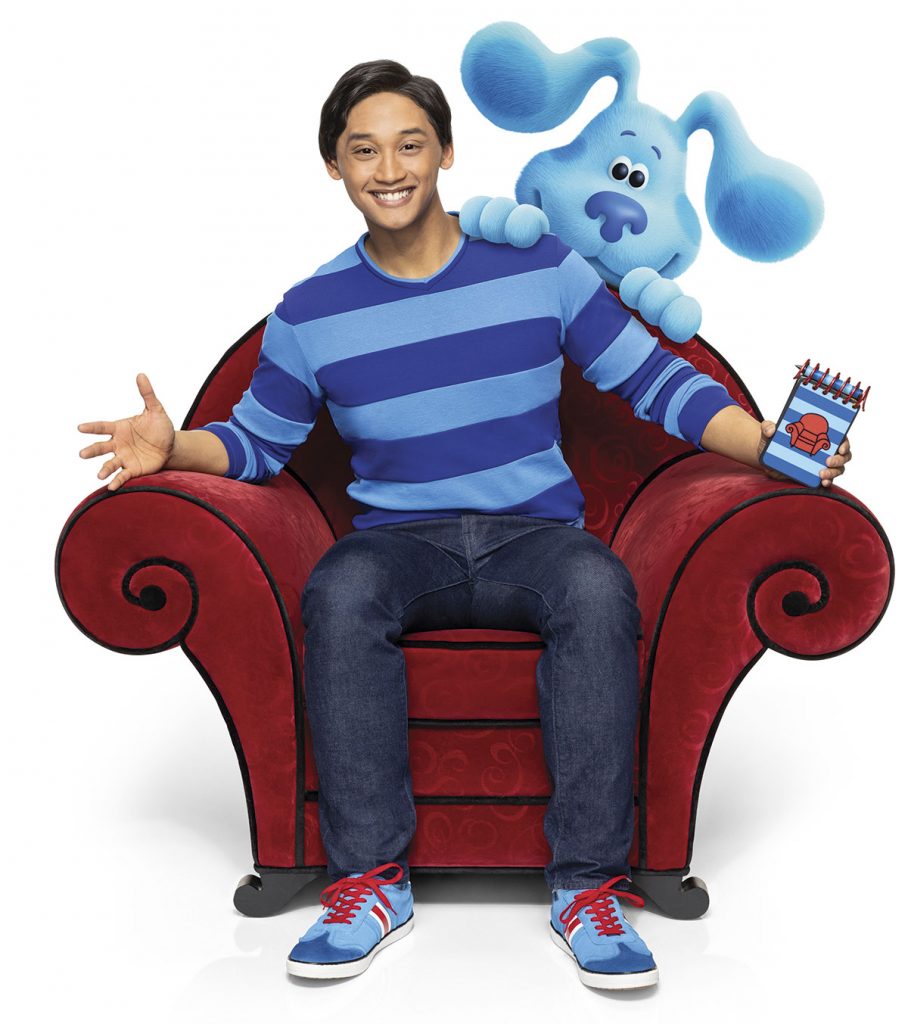 Nickelodeon’s 1996 curriculum-driven interactive series Blue’s Clues followed an animated blue-spotted dog called Blue as she left a trail of clues/paw prints for the host and the viewers, to figure out her plans for the day.

Combining concepts from child development and early-childhood education with innovative animation and production techniques that helped viewers learn, the original incarnation became the highest-rated show for pre-schoolers on US commercial television.

The part live-action part animated series was syndicated in 120 countries and translated into 15 languages, becoming the longest-running Nick Jr. series until it was surpassed by Dora The Explorer in 2011.

The new series is a ‘reimagining’ for a new generation of pre-schoolers by its original creators, Traci Paige Johnson, Todd Kessler and Angela C. Santomero

The show’s new Filipino host Joshua Dela Cruz has already been declared “a grade-A hottie” by fans on Twitter, according to Huff Post, and distributor Viacom International Studios expects the programme to perform strongly in markets with a local host. “We’re in the initial phases of exploring which territories would be most effective and looking at potential hosts,” says Lauren Marriott, Viacom’s VP of International programme sales.

But will today’s generation of discerning multiplatform-consuming pre-schoolers, who expect their shows to be cross-platform and interactive, like the series?