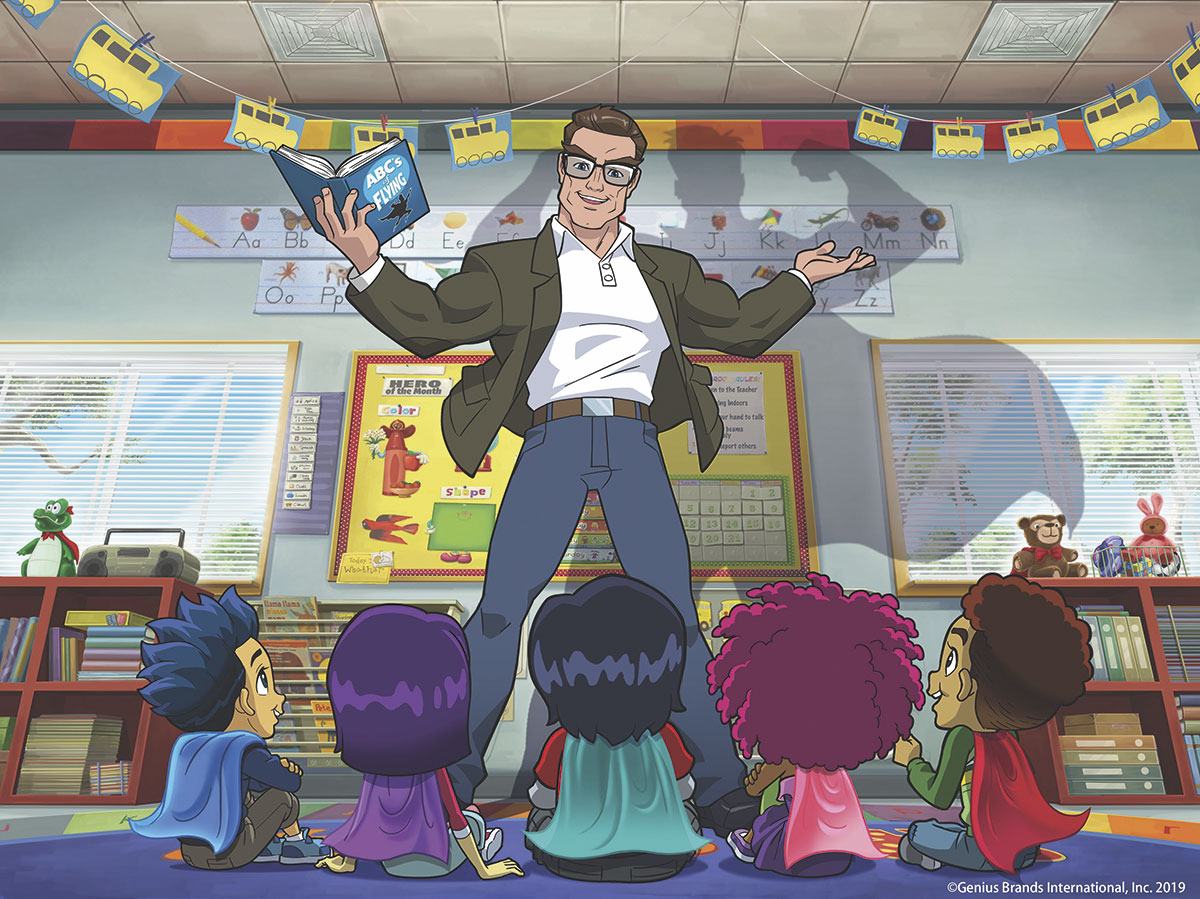 Arnold Schwarzenegger and Stan Lee often talked about potential collaborations over the years, according to the actor and former governor.

During one conversation, The Terminator and Twins star mentioned he’d love to do a sequel to his 1990 movie Kindergarten Cop, which features a tough cop who goes undercover in a nursery to locate a ruthless drug lord’s ex-wife.

Shortly afterwards, Lee called up the action hero and asked what he thought about doing an animated series that shared some similarities to his cop movie, but with a twist: the teacher would be a former superhero, and his students would be five-year-olds with superpowers.

Lee passed away last November before he could see one of his final ideas come into fruition, but Genius Brands, Stan Lee’s POW! Entertainment and Schwarzenegger’s Oak Productions have now picked up the mantel.

The 52 x 11-minute Superhero Kindergarten – which does not yet have a release date – is making its debut in the international market at MIPCOM this month and is being penned by Deadpool co-creator Fabian Nicieza.

The 2D animated series aimed at four to seven-year-olds focuses on Arnold Armstrong, a former gym teacher who turned superhero after inhaling some ionic dust left in the wake of a mysterious comet.

After decades of saving the planet Arnold is forced to expend his power in a final battle against his arch nemesis. He then falls back on teaching, albeit as a kindergarten teacher to a group of five-year-olds with rumoured superpowers.

Schwarzenegger, who lends his voice to the series’ protagonist, serves as executive producer along with Genius Brands’ chairman and chief exec Andy Heyward and POW! Entertainment president Gill Champion.

While the property’s entertainment value is clear, Schwarzenegger appears equally as enthusiastic about its health and well-being messages.

“Of particular pride to me is the fact that I am not only teaching kids to use their superpowers, but I am also imparting valuable lessons about the importance of health, exercise and nutrition,” he says.

The firm’s content catalogue also includes another animated Stan Lee/POW! Entertainment series, Cosmic Crusaders. States POW!’s Champion: “Stan Lee’s Superhero Kindergarten was near and dear to his heart, working with one of his longtime collaborators Andy Heyward, as well as Arnold, and we look forward to continuing the partnership with Genius Brands to bring Stan’s vision for this new adventure series to life.”

While Lee might not be around to appreciate the end results of this creation, as homage to the comic book legend, he will appear as a cameo in every episode. Heyward says: “Just as his millions of fans look forward to seeing him appear in each Marvel film, they will look forward to his presence in each episode of this cartoon. It will make it a series that parents will enjoy alongside their children.”

Schwarzenegger is also gearing up for this autumn’s US release of Terminator Dark Fate, which the animation could also benefit from as parents start to reacquaint themselves with the franchise.