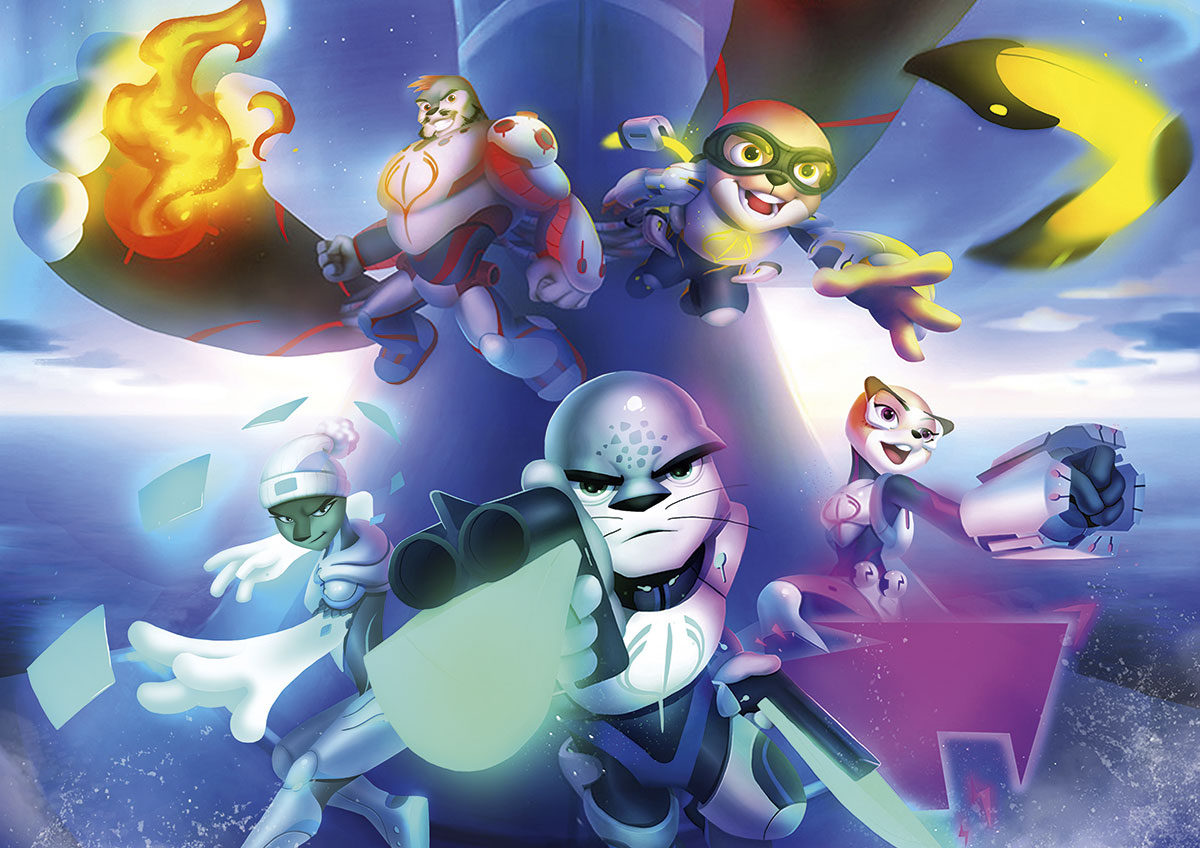 Speaking of his search to find the right animal for Caldera Creations’ first vehicle, aimed at 6 to 10-year-olds, creator Paul Caldera reveals why seals were the answer.

He says: “We were looking for an animal that is both adorable and funny yet also fit for action, but isn’t already a pop culture icon – and seals were the perfect choice.

“From there, the idea of using seals as Navy SEALs seemed like a readymade match for the action/comedy animation genre.”

The resulting show, Seal Force 5 (26 x 22 minutes), features five arctic seals, mysteriously mutated into humanoid form, who assemble as an elite special forces team to prevent a shadowy cabal from pushing the world to the edge of ecological collapse.

Each episode is self-contained but with a longer series narrative arc featuring the bad guys, which slowly gets revealed as the show progresses.
While a broadcaster is not yet attached, Hoho Entertainment helped the fledgling company bring its idea to fruition and has come on board as the series’ producer.

The firm’s distribution arm Hoho Rights is now on the lookout for broadcast and co-production partners at MIP Junior and MIPCOM.

Oliver Ellis, Hoho’s joint MD, claims that the series has all the ingredients for a fun, action-packed show for older kids.

“The international market has been saying they are looking for older children’s fare for some time. This is now the time for broadcasters to get on board early with a comedy adventure series with global appeal.”

Ellis describes the seals’ nemesis, The Evil Order of Eden, as “a bit like James Bond’s Spectre but with a malicious environmental intent”.

Ellis believes that with environmental issues topping the list of kids’ concerns, this series will also strike a chord with its audience with a real call to action.