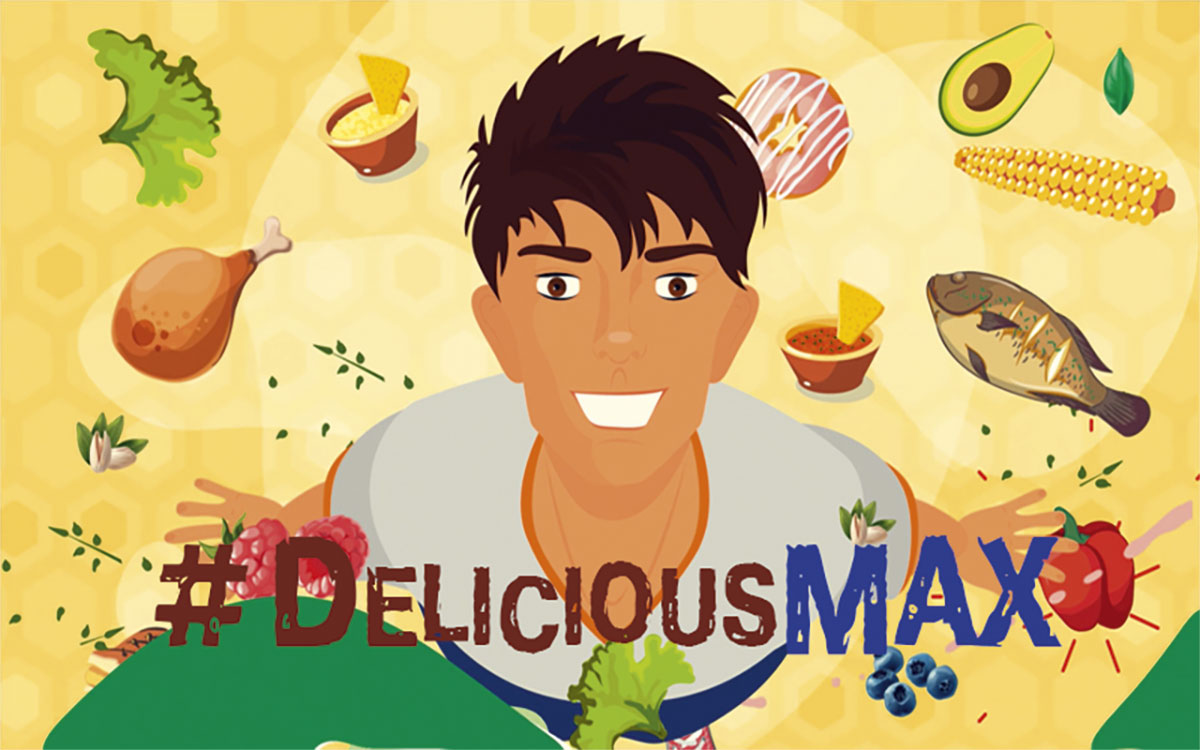 #DeliciousMax is an animated edutainment series from Ukrainian producer Svoya Production that showcases the history of some of the world’s most loved foods – as seen through the lens of younger teens.

The main character is 15-year-old Portuguese vlogger Max who has his own culinary channel. Each 10-minute episode sees Max talk about famous foods that are bound to go down well with the series’ target audience of 8 to 14-year-olds: spaghetti, hamburgers, sushi, ice cream, pizza, French fries, pancakes, popcorn and even chewing gum.

Crafted like an online vlog, each show covers general information about the food followed by its history, while the remaining segment is a chatroom dedicated to Max answering viewers’ questions about cooking specifics and eating.

The series is related to another internationally focused Svoya production, Who’s There?, which takes a humorous look at different countries around the world.

Now in its second season, 12 local video vloggers, each with their own specialty, have been introduced in the Who’s There? format. Max pops up in that, too, and while his area is food, other vloggers include an Australian into astrology and a Singaporean boy interested in high tech. Svoya’s plan is to make a season per blogger.

The first episode of #DeliciousMax (12 x 10 minutes), which explores spaghetti, has already been delivered, and while a broadcaster is not yet attached,

Canadian distributor MK Media is the international distributor. It has been focusing increasingly on edutainment titles, according to the firm’s head of sales Anna Verbovska, and the distributor loves the modern approach taken by this series.

“It’s a mix of blogging and TV. A broadcaster can share #DeliciousMax for TV viewers and offer the same content for its online channels.” she says.