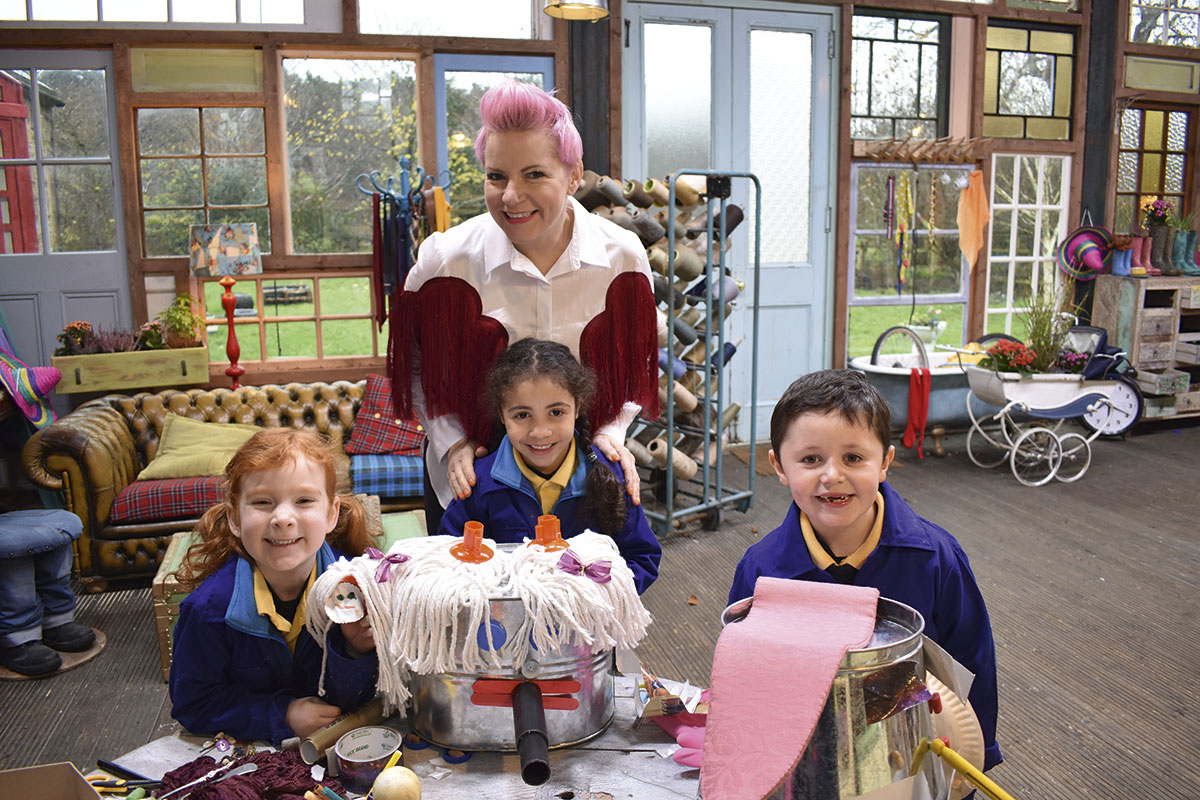 As Greta Thunberg hits the US and Noga Levy-Rapoport beats the drum for climate change, broadcasters and producers are taking notes and brainstorming how best to get the message through to their youngest audiences. Helen Dugdale reports

While teen activists such as Noga Levy-Rapoport and Greta Thunberg take to the podium to shame those in power about what really needs to be done to tackle global green issues, it’s the pre-school market that broadcasters and producers are focusing their attention on when trying to educate the young audience about environmental issues.

Kimberly Dennison, VP of creative development at Gaumont Animation & Family out of the US, believes now is a great time for kids’ television to take up this mantle.

“Kids’ media in general has a lineage of addressing environmental concepts. We think there’s a great opportunity right now to speak to kids, especially in the global citizen arena, helping them to see the world from a global view and inspire them to get excited about what they can do locally,” she says.

Terri Langan, head of Glasgow-based Hello Halo Kids, is behind the CBeebies show Junk Rescue, and is quick to sing the praises of the BBC. 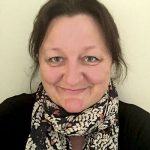 “I think CBeebies does a great job. In the past year or so I have seen several of their brands doing episodes that highlight the need to look after the world we live in. Go Jetters, Tee And Mo and CBBC’s Newsround have all been great at getting the sustainability message out there.”

However, not everyone agrees. Ellen Solberg, head of content at pre-school SVOD Hopster, believes there is very little content that explores environmental issues for younger viewers.

“The issues I’ve faced finding this type of content for Hopster is that it isn’t designed for pre-school as it’s too factual and a little too heavy. We’re looking for something that is going to tackle the subject and get them motivated about it and not scare them at the same time. So, we’re now creating our own content,” she reveals.

It’s the way you tell the story

For writer and TV producer Martin Baynton, founding partner at Pukeko Pictures and creator of the much-loved TV show The Wot Wots, programming that explores issues around the environment and endangered animals needs to be produced in a sensitive manner.

“We shouldn’t be knocking kids over the head with it from a very young, crucial age. My approach is to help children celebrate animals and encourage them to fall in love with them, so they see them as equal members of planet Earth,” he explains. 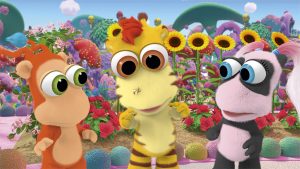 “Then, as they grow up, they will naturally start to think about the environment and the ecology that keeps those animals alive. With The Wot Wots, I wanted to make the show for co-viewing and get the parents watching and laughing along with their children. There’s nothing more inspiring or empowering than mum and dad laughing, as the children think, ‘This show must be ok,’” explains Baynton from his office in Wellington, New Zealand.

For creators looking to develop shows tackling climate change and encouraging sustainable living, successful programmes tend to focus on dealing with simple practical things that young activists can do in their homes instead of focusing on larger global issues.

Hello Halo’s Junk Rescue is a prime example of a show that empowers the audience and helps them start their journey as an eco-warrior, rather than an eco-worrier.

“Junk Rescue makes sustainability fun. It shows how the things we throw away can be repaired, repurposed or transformed into something useful, and encourages the audience to take the lead on what they can make from what they find,” says Langan, who got the idea after seeing what people were throwing away at her local rubbish dump.

“It was heart-breaking. It made me think of all of the things [these objects] could have been used for and what sort of example we were setting for kids. I didn’t want the series to feel preachy. I wanted children to have fun and be inspired but also learn to see the beauty and value in objects that, whilst they might be worn or beyond repair, could still have a use for someone.

“The mantra of the series is ‘it’s not junk if someone has a use for it’ and children get to see broken or unwanted items transformed into amazing things,” she continues.

Pukeko Pictures is seeing great success with its show Kiddets, which is a co-production with China, and introduces five new Wot Wots to the world.

“We’ve created lots of episodes around recycling water and plastic and looking after animals. More and more shows are embracing episodic lines to tell these key issues about early environmental concerns. One reason for this is that it’s harder to make shows utterly about the environment that are really uplifting at the moment as it’s such a dark space,” explains Baynton.

Meanwhile, over at Hopster, the team are creating playlists from their existing slate of shows that tackle topics like recycling – including favourites such as Earth To Luna and The Science Kids – to make the content easier to find for busy parents.

Solberg is particularly excited about the original content they are creating and hopes it will motivate pre-school kids into doing something themselves.

“We’re delighted to launch Mr Eco, who mixes his passion for hip-hop and the environment. His brilliant songs cover littering, recycling and food waste in a fun way.

Kids feel really engaged and motivated when watching him. We’re also working on a short-form animation series that looks at environmental issues,” she reveals. 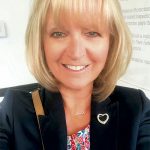 “Previously, it seemed people thought they didn’t really need to be talking to children about these issues but now they’re expressing an interest and accepting that it’s the children who are making the biggest noise.” Denise Deane

Denise Deane, owner of UK-based Edutainment Licensing is developing a pre-school series called Tiny Tusks about eight little eco-warrior elephants and their adventures as they tell stories of climate change, deforestation, ocean pollution and wildlife trafficking in a light and entertaining way.

Recently, Deane has seen a shift in what broadcasters and platforms are looking for when it comes to content dealing with environmental issues and believes the industry is becoming more open to discussions.

“We’ve put Tiny Tusks in front of a couple of broadcasters and co-producers and we’re now starting to get people who are willing to embrace the topics the show covers. Previously, it seemed people thought they didn’t really need to be talking to children about these issues but now they’re expressing an interest and accepting that it’s the children who are making the biggest noise,” she says.

Another gentle yet persuasive story that is still in development is Touch The Earth, based on The New York Times-bestselling children’s book series by Julian Lennon. 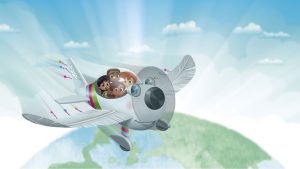 Touch The Earth is based on Julian Lennon’s books

Kimberly Dennison, from Gaumont Animation & Family who are developing the series, believes the stories show children how they can be the ones to change the world, one story at a time.

“We’re combining realistic language about things like clean water and protecting the earth, while inspiring kids to be curious about the world as they join the Feather Friends on their eco-adventures, helping local kids solve local problems. The series will show kids around the world that our actions and choices can make a big difference for the planet,” says Dennison.

Time to listen to the audience

As the winds of change start to sweep across the industry it seems the voices of teen campaigners are welcomed.

Langan from Hello Halo admits it’s people like Levy-Rapoport and Thunberg that give her hope for the future.

“As a child, you’re more likely to listen to and respond to your peers than a ‘boring adult’. These young women both have tremendous energy that you can’t help being inspired by and they aren’t afraid of the comments they get from adults trying to trivialise what they’re trying to do,” she smiles.

The team at Gaumont Animation & Family are delighted to see how Levy-Rapoport and Thunberg are using social media for the greater good and inspiring the next generation to make sure that their voices are heard.

“Young kids see other kids stepping up to a major challenge and can be inspired by them – whether it’s making a change in their home or their communities,” says Dennison.

The investors and those holding the purse strings to production budgets are also having to make changes, as Baynton from Pukeko Pictures highlights.

“Where it’s getting interesting at the moment is that mum and dad investors are now saying, ‘Let’s invest in something that is helping effect climate change’, so you’ve got big businesses suddenly waking up to the fact that their investment base is going to disappear as they focus on renewable fuels and tidying up the planet.”

However, there is also a commercial imperative at hand, explains Baynton. “We’ve got a moral obligation to do this, but it’s also the smart thing to do. The message at MIPCOM needs to be either you’re going to get with this or you’re dead in the water.”