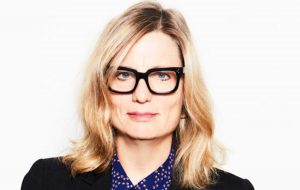 Former Jigsaw Media exec Mischalchyshyn will take up the new role immediately and has also been named co-president of content production for Blue Ant Studios. She reports to Blue Ant Media’s CEO and co-founder Michael MacMillan and is based in New York.

Michalchyshyn has been tasked with expanding Blue Ant’s unscripted and scripted production slate in North America and managing Blue Ant Studios with co-president Sam Sniderman, including delivering more projects to the US from its international producers.

Blue Ant Studios is behind The Healing Powers of Dude for Netflix and the Canadian remake of Rupaul’s Drag Race, known as Canada’s Drag Race.

Michalchyshyn is behind a forthcoming CNN feature doc on US congressman John Lewis and has worked at Sundance Channel and Discovery, where she ordered shows including Iconoclasts and Trailer Park Boys.

She has also previously worked with companies including Radical Media, Trilogy Films and World of Wonder.