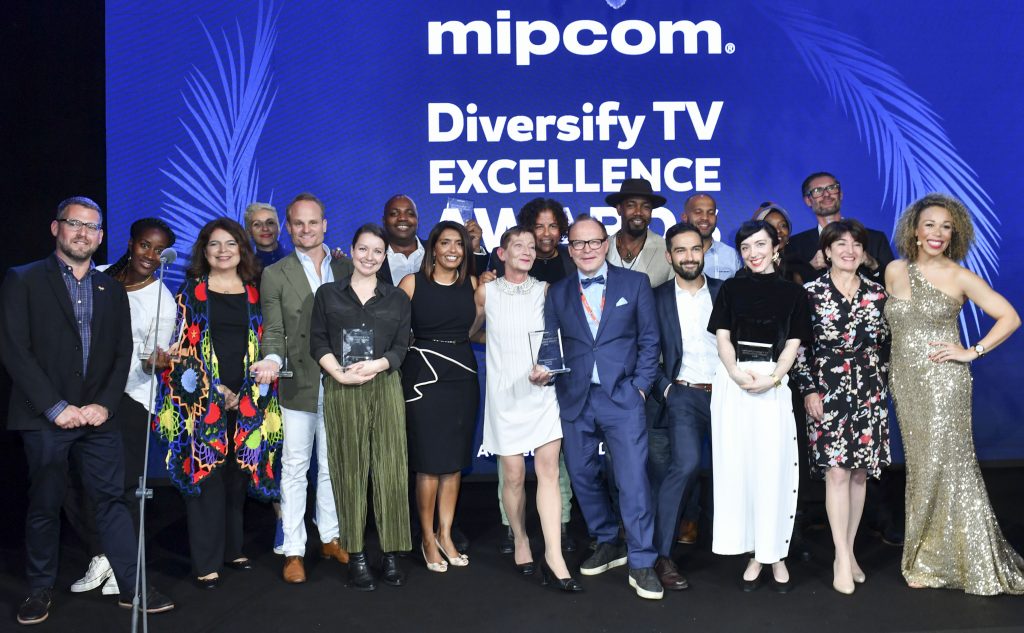 The Diversify TV Excellence Awards are returning to this year’s MIPCOM for a third outing.

MIP organiser Reed Midem is overseeing the exclusive event alongside creators Diversify TV. The awards will take place in Cannes on 14 October, hosting some 200 TV execs.

The winning shows will feature fair and accurate representation of BAME, LGBTQ+ and disabled communities. The deadline for submissions is 22 July.

Content must have aired between 1 September 2018 and 21 July 2019 on a linear and/or non-linear platform. It can include the first broadcast of any season.

All submitted programmes will be reviewed by members of the MIP Markets diversity advisory board, along with a panel of TV experts and Reed Midem’s editorial team.

The awards sit within MIPCOM’s diversity and inclusion programme, which will feature a range of high-profile keynotes, expert talks and networking events.

Disney Channel UK’s David Levine said: “Not only is inclusion the right thing to do, it makes good business sense, since diverse companies perform better and diverse content can appeal to broader and wider audiences. One only need look at the success of Black Panther and Captain Marvel to recognise this.

“Diversity and globally-inclusive viewpoints should be the norm and the baseline expectation in the kids content industry – our viewers are increasingly expecting this – and programming needs to keep up with this evolution in order to be relevant to today’s parents and kids.”

Laurine Garaude, director of TV for Reed Midem, added: “As the global TV industry event, one of MIPCOM’s missions is to push the agenda to encourage equal and positive representation – both in front of and behind the camera. We are so delighted to launch the 3rd edition of the MIPCOM Diversify TV Excellence Awards, which has quickly become one of the main highlights of the event,”