Bigger, better and celebrity-laden: Is the future of docs sustainable? 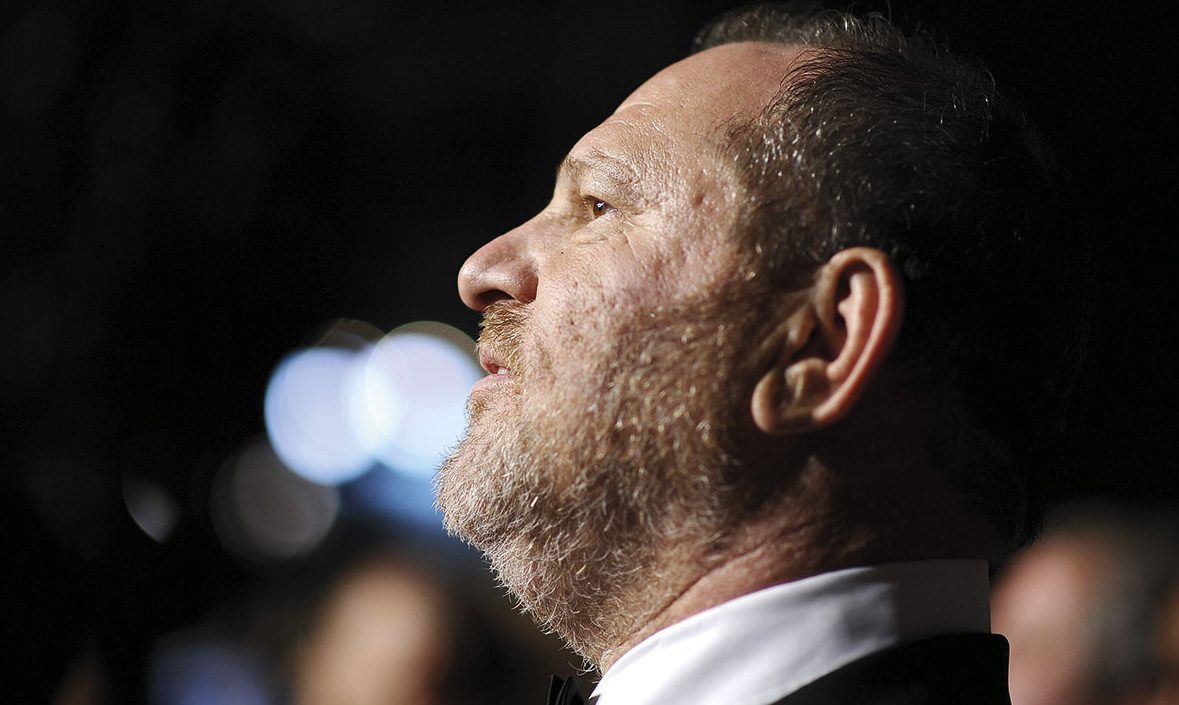 As documentaries cutting through on SVODs begin to look glossier and more high-profile by the day, Manori Ravindran investigates who gets to build careers in documentary when the standards become unachievable

Director Doug Block has made a number of films over the course of an almost 30-year career – virtually none of them featuring high-profile subjects or celebrities.

In fact, more often than not, his subject matter is deeply personal, tackling his relationship with his daughter as she prepares to leave home in The Kids Grow Up (2009) and revisiting couples whose weddings he filmed as a commercial director in 112 Weddings (2014).

His film Home Page (1998), about one of the Internet’s first bloggers, was up for the Sundance Film Festival’s Grand Jury Prize, while HBO’s 51 Birch Street, following his parents’ marriage, was in the US National Board of Review’s top five films for 2005. Every couple of years, without fail, he’s managed to turn out a feature doc. 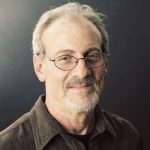 “It shows the mentality of what we’re up against. The film’s characters must be Michelle and Barack Obama or Amelia Earhart. They need names. And that’s one of the big issues facing us as a result of the Netflix Effect.” Doug Block

But, increasingly, Block — who, like many doc makers, is trying to work with cash-flush SVODs — is having frustrating dealings with the documentary heads of streaming services around prospects for his new film, a romantic mystery that sees him playing detective in hopes of revealing the identities of a couple lost in time.

One major SVOD commissioner initially grasped the idea, “and then followed up saying it was a charming film, but I should circle back if I found the couple and they were of notable historical importance,” he explains.

“It shows the mentality of what we’re up against,” says Block. “The film’s characters must be Michelle and Barack Obama or Amelia Earhart. They need names. And that’s one of the big issues facing us as a result of the Netflix Effect.”

Both feared and extolled, the Netflix Effect refers to the streamer’s tenacity in pursuing content — most recently, it dished out a record $10m out of January’s Sundance for Alexandria Ocasio-Cortez-fronted documentary Knock Down The House — and how it is forcing competitors such as Apple, Amazon and Hulu to follow suite. 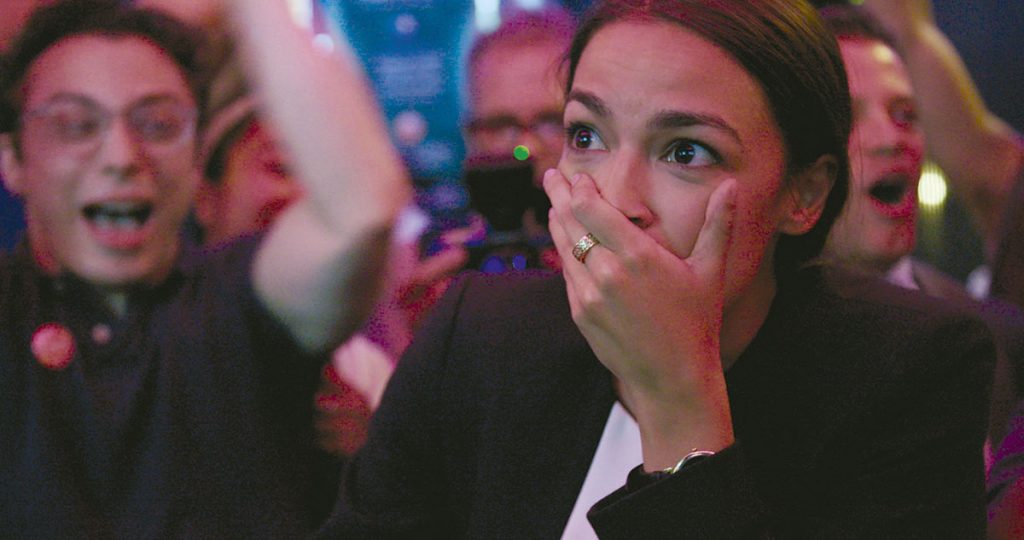 Knock Down The House

“But that really benefits only a few films with star power and celebrity names attached, or big issue films with big treatments, lots of drone shots and high production values,” says Block.

“Technology has enabled so many more films to get made, but there is a very narrow funnel they go through. The commercial reality is you have to make it bigger, better and find celebrities.”

Block vehemently disagrees with the notion that it’s a golden age for documentary.

Film festivals such as Sundance have always been considered a major endorsement ahead of buy-in from broadcasters and platforms, but acceptance into the Park City, Utah-set festival is more important than ever and can, overnight, put an obscure indie film at the centre of a bidding war.

If you don’t get in, the commercial value of your film can be impacted. Block, who runs popular doc-making forum The D Word, says the platform had a “major mental health scare” recently when a filmmaker suffered a breakdown after being rejected from a number of festivals.

“There is so much content that critics, press and distributors feel compelled to have a filter they trust to curate everything, but they become overly reliant on festivals.”

For those who get in, however, it’s a different story entirely.

“It is basically the best launch pad in North America, if not the world, for these kinds of films and it really does make a difference when you launch there as opposed to some other festivals,” says Calum Gray, head of sales for London-headquartered finance firm Embankment Films, which previously sold Alexander McQueen doc McQueen and is handling sales for Untouchable. 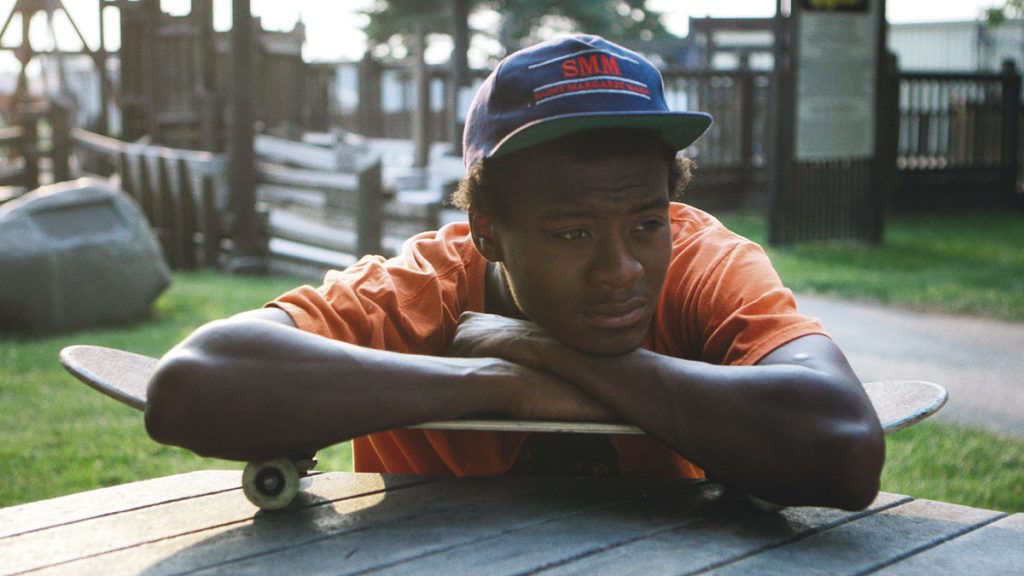 Gray recently sold US rights to Untouchable to a now Disney- controlled Hulu, which last year bought Bing Liu’s skateboarding film Minding The Gap out of Sundance and championed the film through to an Oscar nomination.

“[Hulu] and other platforms are obviously at Sundance waiting for the festival to give it that tick of validation and that initial PR impetus before they jump. It’s a useful crucible for weighing value,” Gray tells TBI.

But well ahead of Sundance, Gray has already stress-tested the film himself, working to an all-rights pre-sale model for the lion’s share of financing, and only picking up films he can pre-sell.

“It’s important for people to understand there are different models of financing other than broadcaster money. The all-rights financing model works for certain types of film. If we can stress-test it through pre-sales, then it’s eminently financeable and potentially lucrative.”

But in order to secure those pre-sales, films need to meet a certain criteria, and there are “clear genres” that work: music, fashion, dance and the occasional ‘stranger than fiction’ story, such as Three Identical Strangers.

“Untouchable is hyper-topical and the most important story of our age, while McQueen was virtually a Greek tragedy. We could also see these were immersive takes on these subjects, rather than just didactic or visual essays — these were intended to be stories with proper story structure and emotion.”

The exec argues out that SVODs have, in fact, helped the doc field become more sustainable by raising the bar to such an extent that it is virtually impossible for filmmakers to embark on a project without adequate financial support.

“You wouldn’t design a product or launch a commercial entity without referring to the market, and yet a lot of filmmakers previously have gone and sunk a project without actually stress-testing the concept in the market,” says Gray.

“If you want to make a career as a creator in this business, it’s important you see some way of paying your mortgage, and if it means that less speculative projects come to market, that can only be a good thing.”

The reality is that documentary’s golden age is only gilded for some, and as David Piperni, founder of New York-based sales agent and distributor Cargo Film & Releasing, points out, there is an “army of filmmakers” still struggling to cash in on the supposed gold rush.

Cargo, which represents indie titles such as Instant Dreams, a profile of the Polaroid company, and Becoming Who I Was, on a boy who believes he’s the reincarnation of an ancient Tibetan monk, doesn’t try to compete with Netflix or heavy-hitting distributor-sales agent Submarine, which represented the likes of Three Identical Strangers and Wild Wild Country.

“There is a small section of the industry that elevated the genre but, increasingly, those films are in the hands of established filmmakers and prodcos. However, that doesn’t speak to the larger number of filmmakers and companies that have been active in this space for some time making a certain kind of film, and who are probably struggling,” says Piperni.

Crucially, Cargo is one of the few boutique firms that carefully toe the line between catering to market demand for high-profile fare and championing niche films.

“You need to know what the marketplace is looking for but we’re also trying to find projects we’re passionate about. We’re fully aware when projects might be a harder sell and require heavier lifting, but those are the projects you get up in the morning excited about.

“You don’t want to exclude anyone because you never know when the next most interesting voice may come from,” says Piperni.

The Cost of Docs

Since 2016, British organisation The Whickers has undertaken an annual survey gauging the “lived reality” of doc making.

The inaugural findings, released in summer 2016, were a game-changer for the doc community, throwing the sustainability issues plaguing the field in the spotlight.

Findings revealed that the number of respondents making films for TV (52%) was up from last year (44%), but that films being made for online platforms had almost doubled, growing from 39% in 2017 to 61%.

The primary challenge, however, is financial (56%), particularly as broadcasters’ purse-strings grow tighter.

According to one respondent: “Unless it’s a broadcast commission, funding is often piecemeal and unsecured, meaning you need to find funding per section of the process, such as development funding, then production funding and post funding. It makes it a long, stressful and tenuous process.”

Another said, “Budgets from broadcasters are becoming increasingly tight – leading to unrealistic schedules and unhappy teams, desperately scrambling to make something unachievable and sacrificing personal lives in the process.” 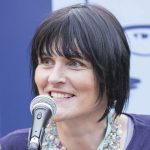 Netflix wants their version to be more front-loaded, harder-hitting and more ‘grabby’, with less room for the poetic. It’s got to
sell itself. ” Jane Ray, The Whickers

Jane Ray, artistic director for The Whickers, points out that doc makers feel TV funding has plummeted and that SVODs provide an increasingly important financing avenue, even if that only applies to a certain kind of film.

“Everyone thinks Netflix is the Holy Grail. They fund hugely, but there is always an editorial cost that’s required. There is an adjective of making things ‘more Netflix-y’, for example. But they will pay for that. It’s a double-edged sword.

She adds: “Netflix wants their version to be more front-loaded, harder-hitting and more ‘grabby’, with less room for the poetic. It’s got to sell itself.”

So, what’s the way forward? In the same breath, David Alvarado, co-director of Bill Nye: Science Guy, paints an optimistic picture while assuring the “doom and gloom scenario” is also accurate.

The New York-based filmmaker said he had $14 left in his bank account after self-funding debut doc The Immortalists — all for a film that “no one wanted to see anyway”, he laughs. But the film was selected for SXSW in 2014, putting Alvarado and co-director Jason Sussberg on the map, however tentatively.

That film led to a doc idea with science presenter Bill Nye, whose production became the most-funded doc in Kickstarter’s history in 2015, raising more than $850,000, and eventually landing on Netflix. Alvarado and Sussberg have continued to innovate in sourcing new funding and have had steady work ever since. The team is currently shooting two projects for PBS.

“A Silicon Valley company recently closed out our funding gap of $1.2m on a $1.6m project because they wanted to be associated with an indie doc,” he says.

“We’re one of the few folks who’ve been able to do that, because in the search for sustainability, we’re trying to come up with real budgets for really good docs while also paying ourselves to survive.”

He adds that the foundation and grant community provide other avenues, and are also looking for stories from underrepresented communities. Indeed, organisations such as Chicken & Egg, Catapult and the International Documentary Association (IDA) provide grants and fellowships that can properly kickstart projects.

“In the US, ITVS and PBS provide several hundred thousand dollars’ worth of grants for marginalised communities. That’s there for the right story,” says Alvarado.

“After all, some of the best docs are about people I’ve never heard of before.”