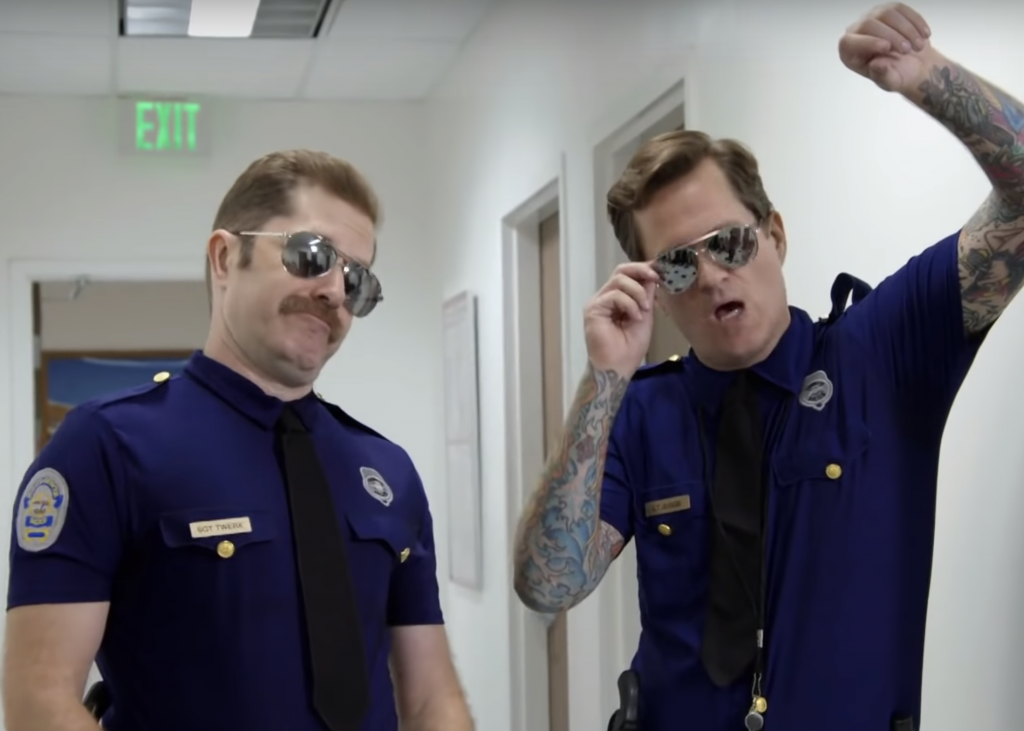 TruTV is laying off around 40% of its workforce, including the bulk of its marketing and programming teams, as parent group Turner gets absorbed into WarnerMedia.

The US cable channel, which is home to such programmes as Adam Ruins Everything, Impractical Jokers and Those Who Can’t (pictured), has laid off around 50 staff in New York and Atlanta, according to Variety, which first reported the news.

Following the lay-offs, TruTV — which has rebranded from a reality hub to a comedy offering in recent years — will continue to operate as a smaller unit, with the remaining programming and marketing teams joining the rest of WarnerMedia at its new headquarters at New York’s Hudson Yards.

The cuts follow the departure of TruTV president Chris Linn — who left the channel earlier this month after six years with the business — and Kevin Reilly’s promotion, which sees the former TBS and TNT president now overseeing TruTV as well as content for WarnerMedia’s forthcoming streaming service.

Alongside Linn, other top execs who have left the channel include Marissa Ronca, EVP and head of programming; Puja Vohra, EVP of marketing and digital; Angel Annussek, SVP of originals; and Nancy McKenna, SVP of production.

Reilly is to detail a new management structure for the channels in the coming weeks. It is believed that TruTV content will play a role in streaming plans.

In a memo to WarnerMedia staff on Tuesday, Reilly wrote: “I strongly believe that bringing these networks together will allow us to maximize their potential and keep these important businesses vibrant for years to come. The combined power of the platforms, managed by one incredible executive team, will enable us to continue attracting top creative talent and maximizing audience delivery and value creation.”

The changes at TruTV come alongside a restructuring at CNN, which is also part of the WarnerMedia portfolio and is similarly impacted by the group’s consolidation on the back of AT&T’s acquisition of Time Warner.

The news channel is rejigging its international arm out of London, with some UK staff being relocated to Atlanta, which is to host more live production for CNN International. Around 13 jobs in London are believed to be affected, according to The Guardian.

Going forward, CNN International will air more simulcasts with the US, as well as repeats of Amanpour and other programmes out of CNN’s Abu Dhabi bureau.

CNN offered voluntary buyouts earlier this month that were taken by more than 100 staff.