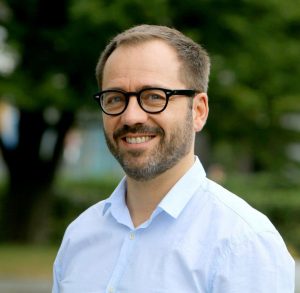 The purpose of this article is to better inform readers about the esports phenomenon. Esports is growing at an incredibly fast pace thanks to digital natives, and it is playing a more central role in the entertainment experience and consumption among new generations. Reed Midem, organiser of the leading international entertainment markets MIPCOM, MIPTV and MIDEM, has been a pioneer in the sector, creating the first B2B events for professionals of esports. In this interview, Stéphane Gambetta, Director of Business Development, explains the connections between esports and media.

Why are esports becoming more prominent within the entertainment ecosystem?

The role of esports in B2B business is constantly growing, with an increasing number of new brands and media taking part in the game. We have reached a new turning point where esports are considered to be more than a sport, and play a more prominent role in entertainment. According to Newzoo, global esports revenues are expected to generate $1.1bn this year. The effect of this growth on the media rights revenues is interesting, with 24% of revenues in the esports economy expected to come from media rights deals by 2021. Esports is undeniably an emerging cultural phenomenon among younger generations, which explains these figures.

Does that mean that esports content rights are key to this growth?

Media rights appear to be the fastest-growing revenue stream in the esports ecosystem. This is boosted mainly by the US, with close to half of all esports media rights deals made in North America. This is largely due to the strong partnerships between traditional sports organisations and some of the big US-based media. Professional esports organisation The Overwatch League has also contributed to this growth with one of the largest recent content rights deals – take, for example, the $45m annual pact struck by Twitch. In addition, last year, Facebook spent $240m for the streaming rights to the English Premier League in four Southeast Asian countries. However, I would still say that the convergence between esports and media is larger.

Do you see further connections between the two industries?

Yes, of course. To go mainstream and get the worldwide audience reach that this market is expected to have in the future, esports needs to work with media networks whose expertise is creating and developing content in multiple ways. Broadcasters, in particular, can help adapt content that can be long and complicated to understand for non-players and turn it into a more TV-friendly format. Opportunities also include personalising content, backstories and exclusive pre or post-event content. At Esports BAR , we’ve been betting on this ever since we gathered media and esports decision makers for our first show. We truly believe in creating a platform where insightful discussions are built between esports and media.

What is the main contributing factor that will facilitate these business interactions?

Education on how the esports business sector works. This means understanding its current business models, knowing who the key players of the sector are and learning how to interact with them. That’s why we want to help the media sector understand esports and explain the workings of the industry in our white paper, What is esports?