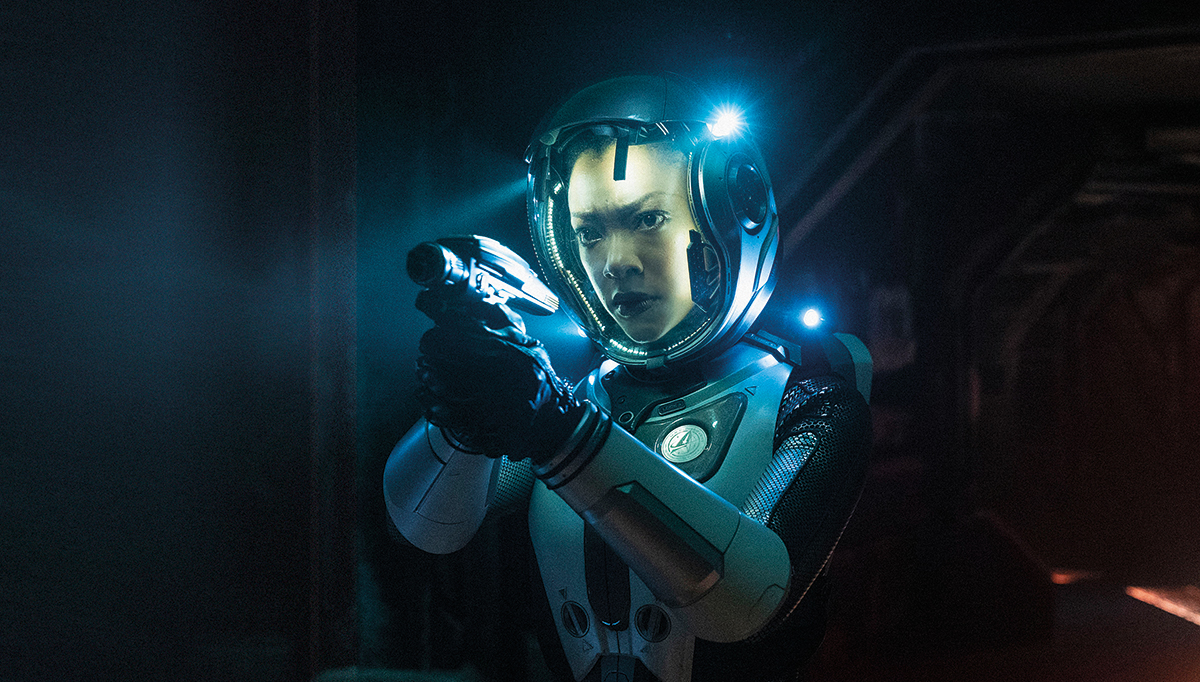 CBS was the first US broadcaster to launch a streaming play, but how is it navigating the new frontier of fierce rights ownership and premium content? Manori Ravindran gets an all-access pass into CBS’s new normal

CBS All Access is leaving “no stone unturned” when it comes to securing creative talent and building a premium offering that can compete with the likes of Netflix – a rival that also happens to be the international home for its biggest series.

The five-year-old platform was the first streaming offering to come out of a US broadcaster, and was years ahead of the likes of NBCUniversal and WarnerMedia, which are only now on the cusp of fully fledged OTT efforts.

Initially structured as a catch-up service for back-catalogue content such as I Love Lucy and the original Star Trek, the platform has quickly evolved into a home for high-end originals from creators such as Get Out director Jordan Peele and horror maestro Stephen King.

CBS’s fourth-quarter earnings in February revealed that All Access and the app from sister cable network Showtime had collectively reached 8m direct-to-consumer subscribers – two years ahead of schedule. The businesses now have a combined target of reaching 25m US subscribers by 2022.

“Two and a half years ago, we put our first originals on the service and we found that that really exploded the subscribership,” Julie McNamara, EVP of original content for All Access, tells TBI.

The platform had early success with The Good Fight, a spin-off of CBS’s blockbuster legal drama The Good Wife, and Star Trek: Discovery, a prequel that marked the first series reboot of the franchise since 2005’s Star Trek: Enterprise.

It’s now popular knowledge that Star Trek: Discovery, which is nearing the end of its second series, is an All Access show out of the US, but when it was first announced in November 2015, it was a tremendously risky move for CBS, which could have easily kept it on the main network rather than use it to elevate All Access – still an unknown proposition in a landscape largely devoid of comparable efforts.

At the time, then-CBS boss Les Moonves – who departed in 2018 amidst a high-profile sexual misconduct scandal – told US outlet Variety that putting the show on All Access and not CBS or Showtime was a “big call” but, ultimately, there was no other way “to launch [the platform] to the upper level”.

Star Trek: Discovery also presented an interesting licensing experiment for All Access, which made the early decision of selling it into Netflix for international, with the global SVOD launching it across 100-plus territories – a deal that reportedly paid for a bulk of the show’s series one budget.

While CBS can’t be drawn on the terms surrounding the Netflix deal, David Stapf, president of CBS Television Studios, tells TBI that the platform has “quite a few years” left on the contract. As for whether it will re-up when the deal comes to a close, it’s a decision that “will be made then by both parties”.

“There’s obviously been a lot of interest in the shows [All Access] has been doing, and we need to figure out the right deal for each show.

“Plus, All Access obviously has some presence in the international marketplace as well, so there are some questions.”

Indeed, All Access was launched outside the US last year, premiering in Canada in April and debuting in Australia in December as 10 All Access on the back of CBS’s 2017 acquisition of Network 10.

More international markets are to follow, says McNamara, noting that the team is striking “international output deals for projects that are not in those two territories right now.

“In terms of expanding [the platform], it will be a territory-by-territory decision,” she says. 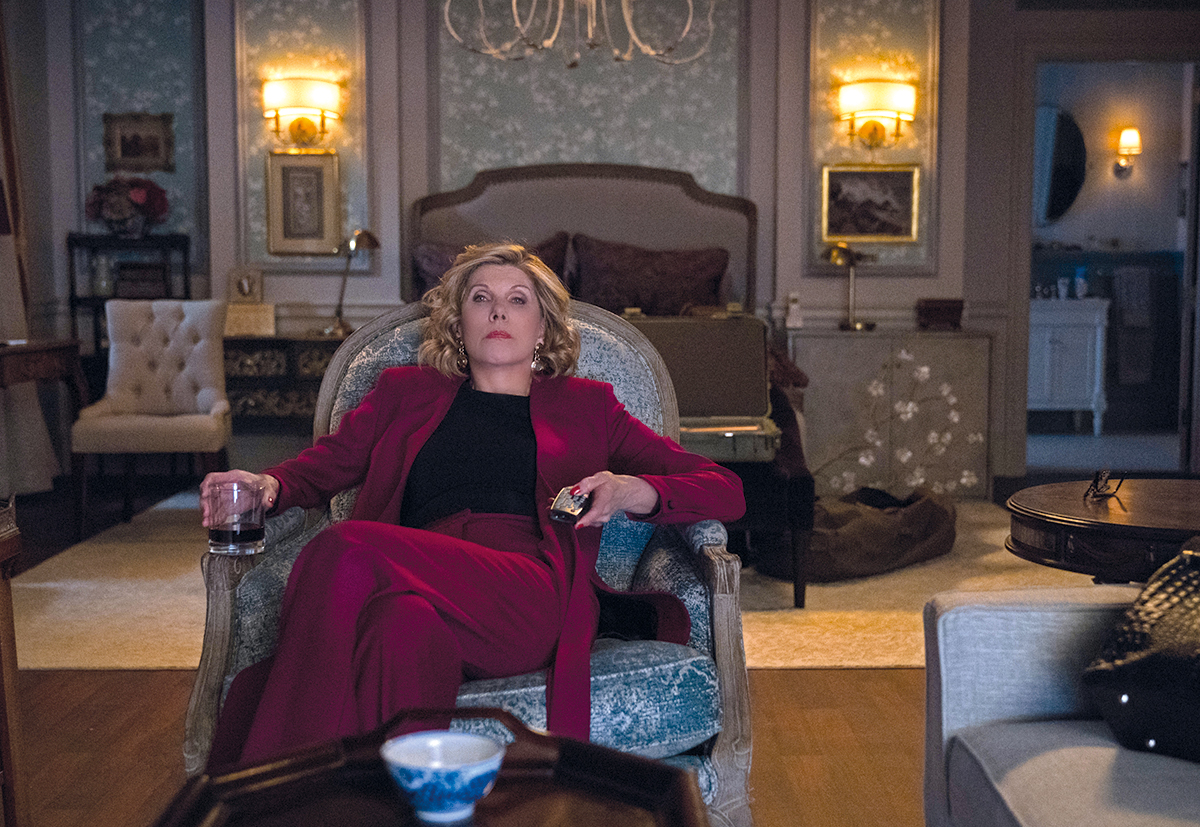 The CBS case is particularly interesting given the extent to which licensing conversations have hit the mainstream on the back of headline-grabbing deals such as WarnerMedia and Netflix’s pact for Friends.

That agreement saw the former AT&T-owned business, which had been bullish about keeping content for its forthcoming streaming service, re-upping its deal for the sitcom with the global SVOD to a tune of $100m.

Barak adds that, ultimately, it’s not a “one-size-fits-all” business for CBS, either, when it comes to putting its content on other platforms.

“We will look at the products and see what the best homes are. We still believe in licensing as well, and think both are opportunities.”

Star Trek has been so successful for All Access that a number of spin-offs are in the works, including a returning series on Captain Jean-Luc Picard with actor Patrick Stewart attached, as well as the Toronto-shot Section 31, starring Crazy Rich Asians actor Michelle Yeoh – set to debut on the service in a couple of years.

McNamara is aware, however, of the danger of being too closely associated with just one franchise or genre.

“We know we need to put some things out there that are original originals that really just break out – things that are a little bit more of a swing and experiment,” she says.

“We have to be creatively ambitious about that. Some will hit the zeitgeist and really speak to people, and others won’t. We need to really approach it both ways, and not just in terms of being too fascistic about ‘we can only do this show or that show.’”

The exec describes the platform’s programming ambitions as being focused on “popular, big tentpole but premium” shows.

Recently, All Access premiered a reboot of classic CBS series The Twilight Zone fronted by Peele, and is also in the works on horror The Stand, based on King’s apocalyptic 1978 novel, which will be re-imagined as a 10-part event series.

“There is no stone unturned in terms of getting top creative talent that really feels like something you would find on a premium streaming platform,” explains McNamara.

Meanwhile, the platform is also testing out more female-forward, character-driven dramas – such as Desperate Housewives creator Marc Cherry’s latest offering Why Women Kill – “to see how our subscriber base reacts to it and whether it draws new people in,” explains the exec.

There is potential, as well, for some All Access shows to end up on the main network, although Stapf points out that that will be a “show-by-show decision”.

“Because I sit on both sides, being with the studio but also affiliated with All Access, I know that if we do it show by show, you can determine whether a certain show is a good marketing opportunity for something like All Access and whether it will help drive subscribers.” 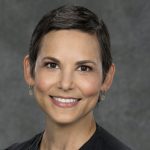 “Two and a half years ago, we put our first originals on the service and we found that that really exploded the subscribership”
Julie McNamara, All Access

McNamara adds that there are “lots of ways” to preview shows in front of the paywall that may or may not involve the broadcast networks.

“We look at all of that as options that continue to drive people to us,” she says.

Barak highlights that All Access recognises the “depth of audience” that is available on the broadcast network – roughly 10m.

“It’s clear that that is an opportunity to [market All Access] in promotional spots,” she explains.

“We had a spot in the Super Bowl with Jordan Peele for Twilight Zone so that kind of thing is a great use of the synergy between the businesses,” says McNamara.

CBS All Access will expand from its straight-to-series model later this year, with plans in place to begin piloting content for the first time across new genres, TBI can reveal.

McNamara says the business is “looking at unscripted and looking at building out comedy to a greater extent” – a move that will build on the success of sole comedy offering No Activity, a US adaptation of the hit Australian original from Fairfax Media-owned SVOD Stan.

“We are looking at all of it and trying to build it out in the best possible way to attract the most people. We are entertaining those projects and have some things in development in all those areas.”

The exec says expanding into new genres, such as entertainment and comedy, means it will explore pilots for the first time.

“We’ve been a straight-to-series model until this point but it’s likely that we will be trying some things out within these areas.”

Last year, CBS All Access gave several straight-to-series orders, including greenlights for Why Women Kill, Strange Angel, Tell Me A Story, Interrogation and One Dollar, although the latter series was cancelled in December.

The business is also interested in exploring more documentaries, says the exec.