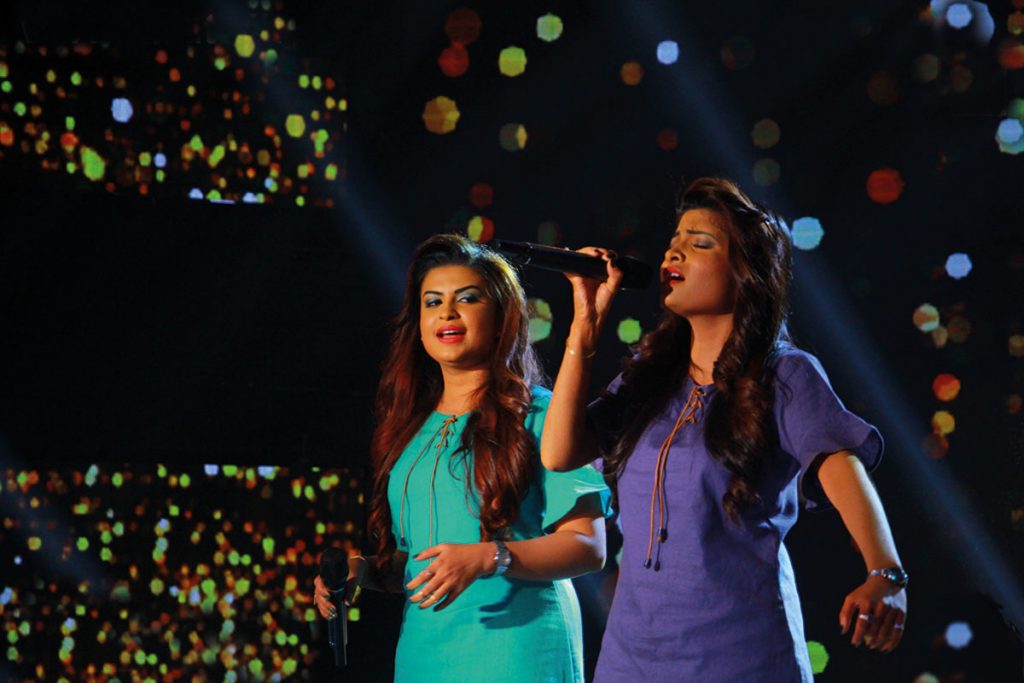 A “renaissance” in Sri Lankan entertainment programming has led to more demand than ever for large-scale offerings that leverage audience engagement.

Unlike the island nation’s monolithic neighbor to the north, India, it has taken time for Sri Lanka to progress from the soap operas – known locally as ‘teledramas’ – as well as Sinhala-language music programs and sporting events such as cricket that have dominated the market for decades. 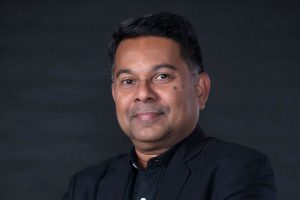 Nilendra Deshapriya (right), director of acquisitions and content for Hiru TV and parent company Asia Broadcasting Corporation, and previously a prominent director in the TV industry, has been at the forefront of the reality boom in Sri Lanka, having first attempted to adapt Who Wants To Be A Millionaire? in 2000.

“The biggest problem at that time was that there was no telephone infrastructure, and that format demands telco partnerships because of elements such as the hotline. That was all new to Sri Lanka,” he says.

Entertainment programming has only gained significant traction in the last two decades, with free-to-air broadcaster Sirasa TV breaking through in 2005 with singing competition Super Star, which became a nationwide hit thanks in large part to advances in telco infrastructure that allowed audiences to vote via text message.

Millionaire eventually followed on Sirasa TV’s sister channel MTV in 2011 – marking the nation’s first major international format adaptation – but it was a “very slow process” and most materials and equipment needed to be imported from Singapore. Meanwhile, training for Sri Lankan execs and crew took place in India, where the show had aired since 2000, hosted by Bollywood mega-star Amitabh Bachchan on Star Plus.

However, homegrown entertainment programming is now firmly ensconced in the landscape, says Deshapriya, pointing out that there has been a “paradigm shift in terms of programming as well as viewership and interaction”.

“The most important element of the equation is the viewer, who has a device in their hands. They become the driving force of storytelling, and that’s why these shows have taken Sri Lankan TV audiences by storm, and still continue to bring in high ratings,” he explains.

The popularity of interactive shows was the impetus behind Hiru TV’s headline-grabbing deal for Keshet International’s singing format Rising Star – an order that amounts to five seasons of 52 x 90 minute-episodes, making it one of the highest-volume format deals in recent history.

Originally created and produced by Israel’s Tedy Productions and Keshet Broadcasting, the format has had a chequered history, having launched in Cannes in 2013 to widespread interest, but courting controversy a year later, when ITV scrapped the show ahead of launch amid concerns over cost and lackluster ratings in the US.

The format’s blockbuster debut at MIP has gone down as one of the last major format launches in Cannes, although its post-market fall from grace in the West has become something of a cautionary tale for buyers to exercise more patience around acquisitions. 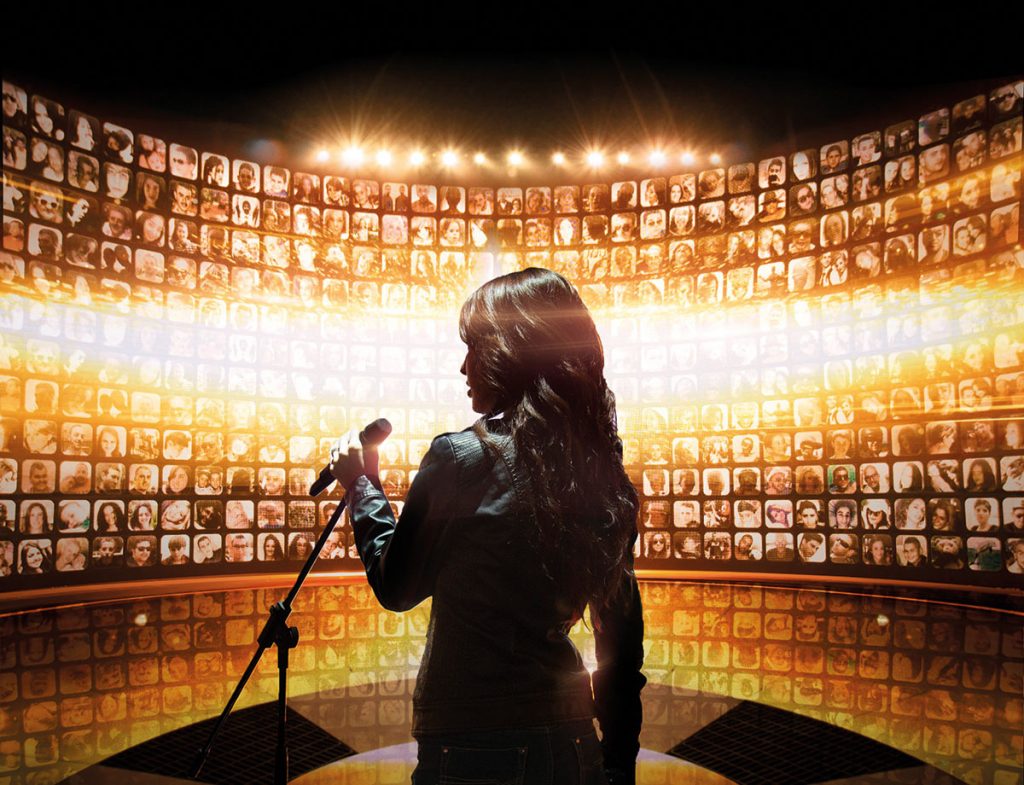 However, Rising Star (above) largely overcame its wobbly start, and has now sold in more than 35 territories, including Brazil (Globo), Indonesia (RCT1), China (CCTV) and Greece (Antenna).

Deshapriya first encountered the format at MIPCOM in 2013, and later saw it adapted in India on Viacom-owned channel Colors TV, though bringing the format to Sri Lanka was the brainchild of ABC chairman Rayynor Silva, who brokered the deal earlier this year.

The show – which is titled Hiru Star (pictured, top) and billed as Sri Lanka’s first live reality program – recently wrapped its first season, airing in a 7.30pm slot on Saturday and Sunday evenings.

According to Deshapriya, the program has brought some acclaim to the six-year-old Hiru TV, which was in many ways an ideal broadcast partner for the format, given its major backing from parent company ABC, which equipped Hiru with state-of-the-art technology ahead of its launch, and has expanded it into one of the largest channels in Sri Lanka.

“We were all aware that programs such as American Idol, X Factor and Got Talent have changed the international TV landscape, but we all thought Rising Star was a real beauty,” he says.

“It’s one of the first live TV shows where the audience can vote through a mobile app via handheld device, and where their photos show up on screen in real time.”

The format’s physicality, with a wall going up when contestants reach a certain percentage of votes, was also of interest. “The whole strategy was to take things to the next level for the channel,” adds Deshapriya.

While some territories tend to move carefully ahead of local adaptations of an international format, generally testing the waters with just one series order, Deshapriya explains that the channel was confident the show would be a success from the get-go.

The business also took into account the investment required to launch the format, including the technical infrastructure around the app as well as the studio equipment required for set pieces such as Rising Star’s LED wall, which features the photos of app users who are engaging with the show.

“The early finales of Sirasa’s Super Star rated higher than Sri Lanka winning the Cricket World Cup. These shows become a religion, and we had the confidence that it would deliver,” says Deshapriya.

Indeed, the program has delivered high ratings and the exec describes its reception in the country as something of a “cultural phenomenon”.

Alongside competition from local players such as Sirasa and entertainment channel TV Derana, Hiru TV is now competing with the likes of encroaching SVOD players, such as the Malaysia-headquartered iflix, which launched in Sri Lanka in 2016 alongside streaming giant Netflix.

But Deshapriya remains confident that Sri Lanka’s “reality renaissance” can continue unfettered for local broadcasters, so long as they continue to keep audiences engaged with interactive programming.

“When it comes to reality television, storytelling evolves to a completely different level, because once the auditions and casting are complete – whether it’s for Rising Star or Who Wants To Be A Millionaire?, you see regular people aspiring to become something more, and audiences want to take part in that journey.

“All these elements come together in a single episode, and that can be amazing for our market. Hiru Star has had a huge impact.”