Scaling the Great Firewall: How to work with China’s giant online platforms 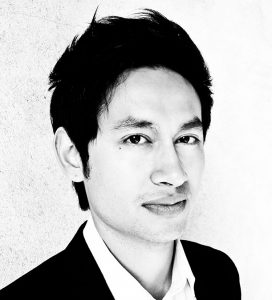 With China in the spotlight again at MIPCOM and ATF, what’s the best way to approach working with its huge online platforms?

The Chinese term fān qiáng literally means to climb over a wall, but these days it’s mainly used figuratively to denote climbing over the Great Firewall of China – both by adventurous Chinese netizens trying to get out, and foreign media companies trying to get in.

American giants Facebook, Google, YouTube, Twitter and WhatsApp have all successfully scaled the wall in the past, only to find themselves back on the outside shortly after.

Politics, censorship and national regulations all play their part, but what is often overlooked, is that China doesn’t necessarily need all the services of these companies; it has digital giants of its own.

From Tencent to Alibaba’s Youku, Sohu to iQiyi and mobile giant Huawei, China’s digital landscape is bursting with innovation, premium content and audiences in their tens of millions. This ‘smart revolution’ has benefited from a unique mix of high-level competition in a closed marketplace, and private and state-funded innovation with global ambitions.

So how can non-Chinese producers, platforms and distributors benefit from, or even join, this smart revolution? Scaling the cultural wall is a good place to start. Having strong, long-term relationships or guānxi is particularly important, as anyone with a little Chinese experience knows.

These partnerships will help you navigate the ever-changing viewing trends and regulations; there are currently widespread fears, for example, that the recently announced state restrictions on foreign content and ongoing format disputes will severely curb opportunities.

One way around such hurdles is to partner on China-based co-productions and export them, which TVF has increasingly done with projects including History Asia special WWII: Forgotten Ally, CICC’s China Wild, and Ei China/Matchlight UK’s Empires of Silver.

Such projects do require detailed developmental and editorial collaboration, but the high production value and strength of these previously untold stories make them very popular with international broadcasters.

Within China, while higher-tier western-produced specialist factual can still be attractive, Asian co-produced content feels closer to home for Chinese viewers. Collaborating with regional players who already have a foothold across the wall can make a big difference.

Pan-Asian producer IFA Media’s Special Forces, for example, which includes an exclusive episode on the Beijing Special Forces Brigade, and IFA/Discovery series How China Works, have both a strong appeal in China and dozens of territories worldwide.

This kind of big-scale, premium and topical content is in high demand across China, as broadcasters’ and viewers’ tastes have developed in line with the increased quality of domestic production.

In factual, blue-chip natural history has always been the safest bet with viewers across all ages, as exemplified by Tencent’s lucrative co-production partnership with the BBC.

Tencent are also streaming TVF’s Attenborough-narrated Wild City: Singapore, while youth-skewing streamer Bilibili pre-bought David Attenborough’s Jumbo alongside light-hearted clip series Dog’s Best Friend – it is the year of the dog, after all. If anyone is planning any porcine projects, next year could be very auspicious for you.

When pitching into China, scale can also be crucial in order to work directly with the big players; TVF’s recent licensing deals with SVODs including Tencent, iQiyi, Bili Bili, BesTV and Sohu have each averaged over 100 hours of programming.

For indie producers and smaller distributors, it can be helpful to partner with national producer delegations and Chinese agents, respectively, to make an impact – the latter combine program sources together to achieve the required scale.

Looking forward, 4K is the word on everyone’s lips, with Chinese ultra HD channels beginning to take off. China is also exporting more of its IP abroad, as seen in Endemol Shine’s launch of CCTV’s format The Nation’s Treasures at MIPCOM, Netflix’s boarding of Hunan TV/iQiyi costume drama The Rise of the Phoenixes, and Huawei’s fast expansion into global markets.

Doubts remain on the impact of content restrictions and international trade spats but given the continuing growth of China’s film industry and the state’s ‘Made in China 2025’ initiative to digitize 10 industries, including new generation info-tech, there are still sure to be significant opportunities for persistent and savvy ‘wall-scalers’. Time to strap on those digital crampons, and get climbing.