Op-ed: Cutting through the clutter with the right story 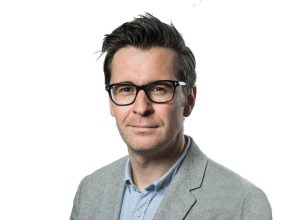 Jason Simms, director of drama and comedy at Sky Vision, tries to keep up with television.

Way back in 2015, Andy Samberg opened the Emmys with a fantastic song-and-dance number about the impossibility of keeping up with every new TV show. Faced with the shame of being called out at dinner parties because he wasn’t up to speed on season six of ‘Wives with Knives’ or some-such, Andy resorted to extreme measures; retreating to a nuclear bunker for a whole year to watch absolutely everything. By attaining a state of box-set omniscience, dinner party domination would surely follow.

Perhaps unsurprisingly, Andy’s Sisyphean goggle-boxing sent him a bit nuts, especially when he realised he’d come up short after missing Castle from his watchlist (I know! How could he?).

The same year, FX’s John Landgraf declared, in what’s become an annual litmus test on scripted programming, that 400 new and returning English language scripted series were in production in the US. Observers worried that we had reached Peak TV; there just couldn’t be room for more. So I shudder to think how Andy would cope if he tried his same exhaustive viewing feat today, since just a short 36 month license period later, and facing a whopping 520 scripted titles emerging from the US alone this year, it appears we have yet to peak.

Add in the increasing volume of scripted international fare, and the mountain of catalogue and ‘must-see’ vintage series (that we’ve all yet to actually see), and it’s safe to assume that even if poor Andy spent a decade in his bunker, he’d still not come close to catching up on it all.

Yet, in the complex ecosystem of linear channels and on-demand services that defines our market today, where the water-cooler is gradually (but not entirely) being edged out by the recommendation engine, and where new services launch with optimistic regularity, there are still only 24 hours in a day and two eyes in our heads.

How can we get through it all? Spare a thought for poor TV buyers, for whom the pressure of staying on top of it all is a way of life, which goes far beyond risking dinner party shame.

As a distributor, the golden age of TV has become a double-edged sword; it’s really exciting to have so much amazing drama, but that also makes it harder than ever to elevate your show above the clutter (albeit quality clutter). How can you possibly stand out from the thousands of other new hours that release into the buyersphere every year?

In my opinion, it still all starts and ends with the story. Although scale can be a great thing, international drama success does not necessitate a nine-figure budget, a cast of thousands and a tonne of VFX. A fantastic story, even one that is local in focus, can connect with audiences anywhere, if it exudes authenticity, commitment and passion.

At Sky Vision, we have the good fortune to work with some the best creative teams in the world, both through Sky Europe, and through our third party activity. It is fantastic to see dramas, such as; Sky Deutschland’s Eight Days, Telefonica Spain’s The Plague and Sky Atlantic’s Save Me achieve enormous success beyond their countries of origin.

Whilst these shows appear very different on the surface, common traits in their provenance point to their success. They all have a distinct tone of voice, a strong sense of place, and crucially, characters and plots that pull you so deep into their worlds that you just can’t let go.

Take Save Me, Lennie James’ incredibly moving story of a man on a mission to find his abducted daughter. Set in and around a London housing estate, it could have been a very bleak and inward-facing story. Instead, Lennie suffused his world with celebratory flourishes of unexpected colour; warm, relatable characters; and he told a profoundly emotional, heartbreakingly honest, and hopeful story that transcended its urban setting. You can identify with Save Me whether you are watching in Hackney or Helsinki. This is been borne out by international success, with 130 territories sold to date. It’s proof that, as long as the story is there, we can handle all the rest.

Speaking of which, if anyone needs me, I’ll be in the basement catching up on season three of ‘Space Vampire Truckers’; I’ve got a dinner party to get to, you know…