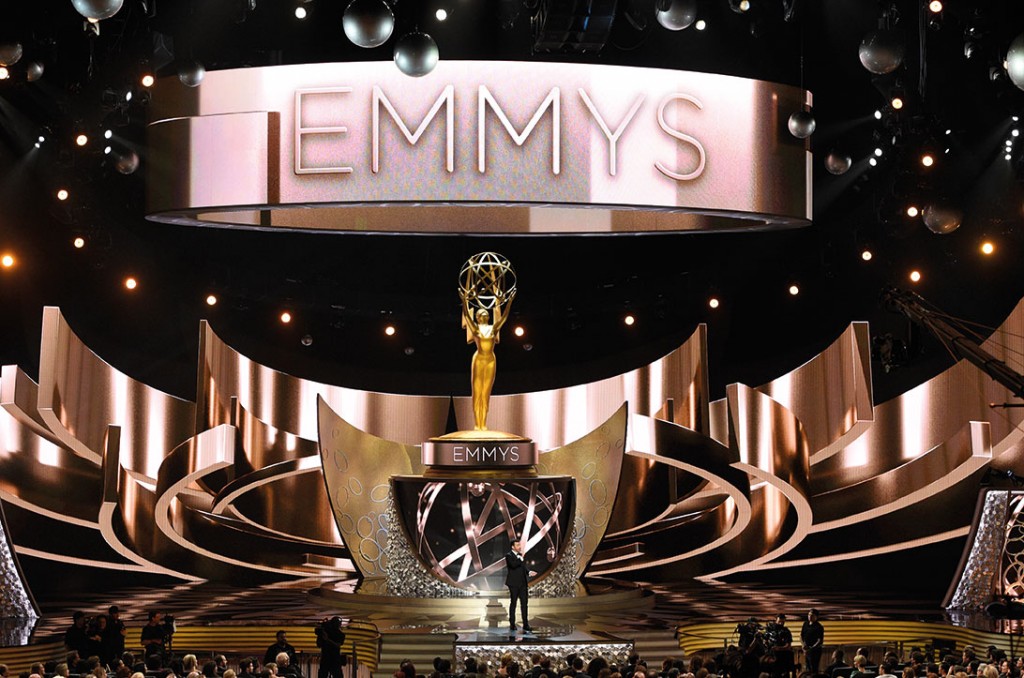 According to the report, HBO’s success in the Emmys outpaces Netflix when you correlate popular demand for their titles (measured by Parrot Analytics’ ‘demand expressions’) and the amount of awards they have been nominated for.

Parrot Analytics assesses ‘demand’ for popular shows through various ‘demand expression platforms’ including social media and photo-sharing platforms such as Facebook and Instagram. In this case they assessed demand for the US only.

As you can see below, with 4.3% share of the US demand of the 11 networks (that received 15 nominations or over) and 4.2% of the Emmy nominations, Showtime’s titles more or less matched audience popularity with the amount of nominations they received. 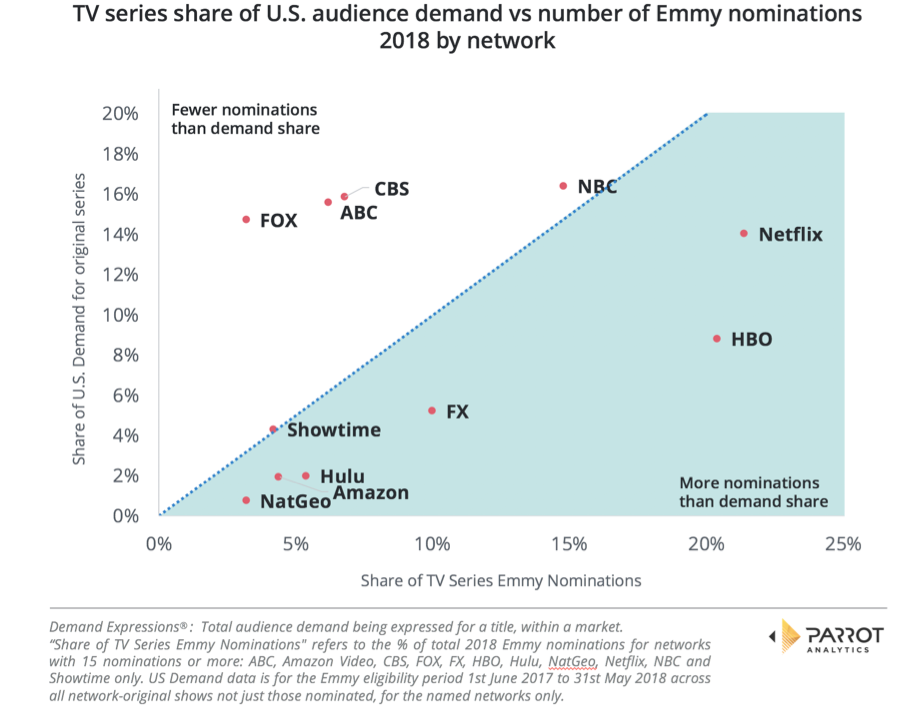 Both HBO and Netflix over-performed when the popularity of their shows was compared to Emmy nominations, but HBO did so by 11.5% where Netflix did by 7.3%.

None of the other over-performing networks come close to these numbers, although FX, Hulu, Amazon and Nat Geo also gained a surplus of Emmy nominations compared to the popularity of their shows.

“Our analysis demonstrates that there is a large data spread that exists when network/platform popularity is correlated with the number of nominations received,” said the analysis company. “Netflix should have received even more nominations given the popularity of their original shows.”