Show of the week: Stan & Gran 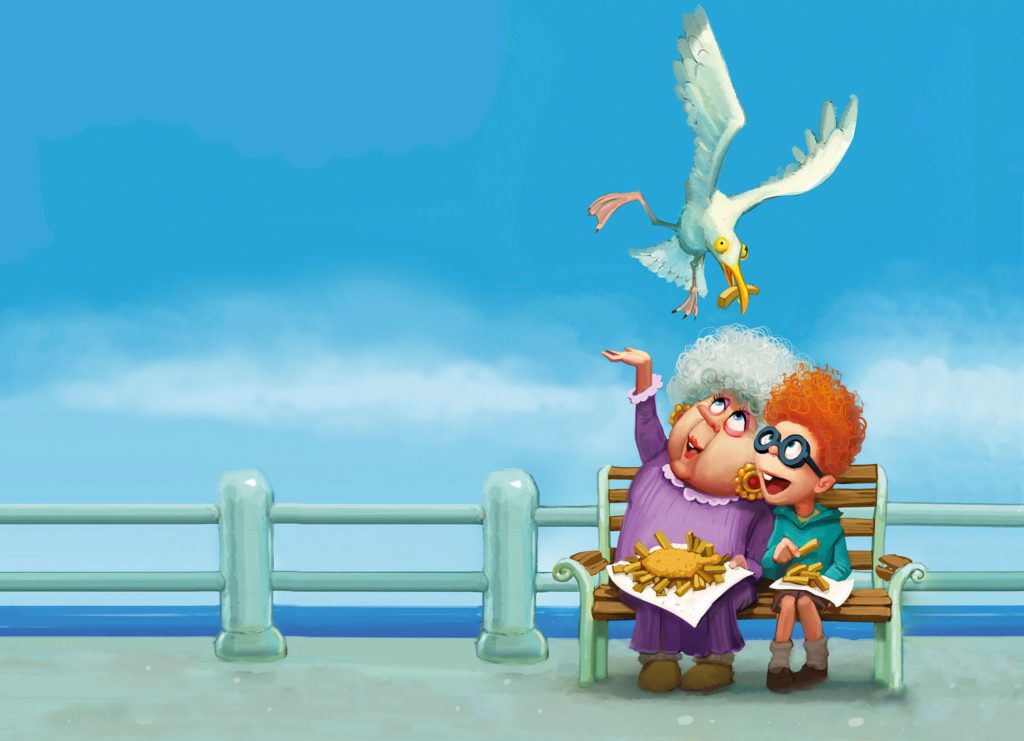 Jellyfish Pictures’ head of development Natalie Llewellyn says the initial reaction to the 52x11mins Stan & Gran has been “hugely positive”.

Besides generating “a lot of laughs” and intrigue over its core premise – a “mystery-busting adventure series for preschoolers” – she says buyers enjoyed the visual style and strength of design, “but more importantly, they bought into the universal appeal of the special relationship between a boy and his grandmother”.

Stan & Gran follows the titular relatives – a young boy and his elderly grandmother – who go on adventures together in their charming coastal village of Porthole.

Many of the stories begin with Stan’s love of bird watching, which tends to lead to more magnificent or bizarre capers. While investigating giant albatrosses or monsters spotted at sea, the pair often finds the truth is connected to the crooked antics of naughty local baker Granny Grumblestunk.

Exposed to the sun, the village’s shop fronts and boat hulls shine richly with bright light, while the characters reflect the windswept nature of their surroundings, all in 3D stop motion. “The show’s environments look like miniature sets made in a model shop rather than generated in a computer,” says Llewellyn.

Digital is actually built into the TV show, as Stan owns a pair of AI binoculars called Lara, who is also his friend. “We acknowledge that tech is a huge part of modern kids’ lives, but we didn’t want to model screen time as a behaviour,” says Llewellyn.