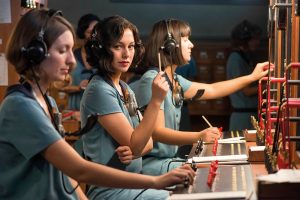 Netflix will offer the drama to its subscribers worldwide once it has been broadcasted on Spain’s Telecinco.

The drama follows a police unit focusing on narcotics across the Costa Del Sol. It is dedicated to one of the first police units created to combat drug trafficking in its Spanish heyday, over 1977 to 1982.

Brigada Costa del Sol marks Warner Bros. ITPS’ first primetime drama venture in Spain. The Spanish wing has commonly focused on distribution and movie co-production in the past. It has also produced a range of non-scripted content including Spain’s adaptation of First Dates.

Production begins on June 7 across Malaga, as the series combines procedural drama, romance and a strong narrative voice, according to Mediaset.

The move arrives after Netflix launched its first Spanish original in 2016 named The Cable Girls (pictured). It was created as a co-production with Bambú Producciones and became a hit on the platform. Another Spanish production ordered for the platform includes the upcoming series Elite.

Netflix laid out plans earlier this year to invest further in European originals. No doubt, this latest move is a part of these wider plans.