Christmas time for Endemol Shine as US rejig continues 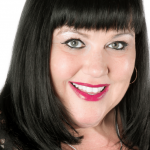 Producer Michael Weinberg will also move to the newly created position of executive VP of syndication. Sean Loughlin has been promoted to senior VP of unscripted development.

Rini, who will lead unscripted development efforts under unscripted president Sharon Levy, joins Endemol Shine from A. Smith & Co., where she previously served as executive VP of development.

The new exec returns to ESNA, where she began her unscripted career working on hit series Extreme Makeover: Home Edition from 2003-2006.

Weinberg, who was previously senior VP of development at ESNA, has overseen the recent launch of Page Six TV in national syndication and is currently developing additional opportunities in the first-run syndication marketplace for Endemol Shine. He will report to Levy.

Loughlin has been with the company since 2005 and is now developing original unscripted series and formats. He will report to Rini.

“The first six months of my tenure with Endemol Shine have been busy putting together a killer team, ready to create, execute and share amazing content with audiences across all platforms,” said Levy.

“With the addition of Christmas, Michael leading our syndication initiatives and Sean’s promotion, I believe we are now poised to smash it.”