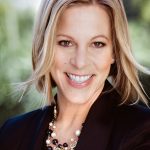 Nurre, who most recently served as EVP of programming and development at 3 Ball Entertainment, will oversee all unscripted current programming, as well as, all pilots and presentations. He was with the company for 13 years.

The move arrives as part of a new global programming strategy set by Sharon Levy (pictured), president of unscripted and scripted at Endemol Shine NA.

Fahrenholt, who has served as director of North American acquisitions for Endemol Shine International (ESI), will continue to also oversee finished program acquisitions and co-financing opportunities for ESI.

Georgie Hurford-Jones, who serves as SVP for unscripted programming, continues to executive produce current programming and now heads up all of ESNA’s MasterChef franchise initiatives, including MasterChef Jr., which just returned to Fox for its sixth season.

Robin Feinberg, who is also SVP of unscripted programming, will oversee the company’s Fear Factor franchise and additional series as well.

Levy said: “After getting to know my new Endemol Shine colleagues from around the globe and seeing all of the diverse, amazing content this company produces, it was clear that we needed experienced executives on our team here in North America identifying both unscripted and scripted opportunities.

“Dan and Lisa are just that, both have worked for our company internationally and have great programming instincts.

“DJ is one of the most respected and accomplished producers in unscripted TV. I’ve worked closely with him over the last decade on numerous series including Bar Rescue and he’s always shown great instincts and leadership skills. I’m thrilled he’s joining our team here at Endemol Shine.”