Christina Jennings: A lifetime in TV 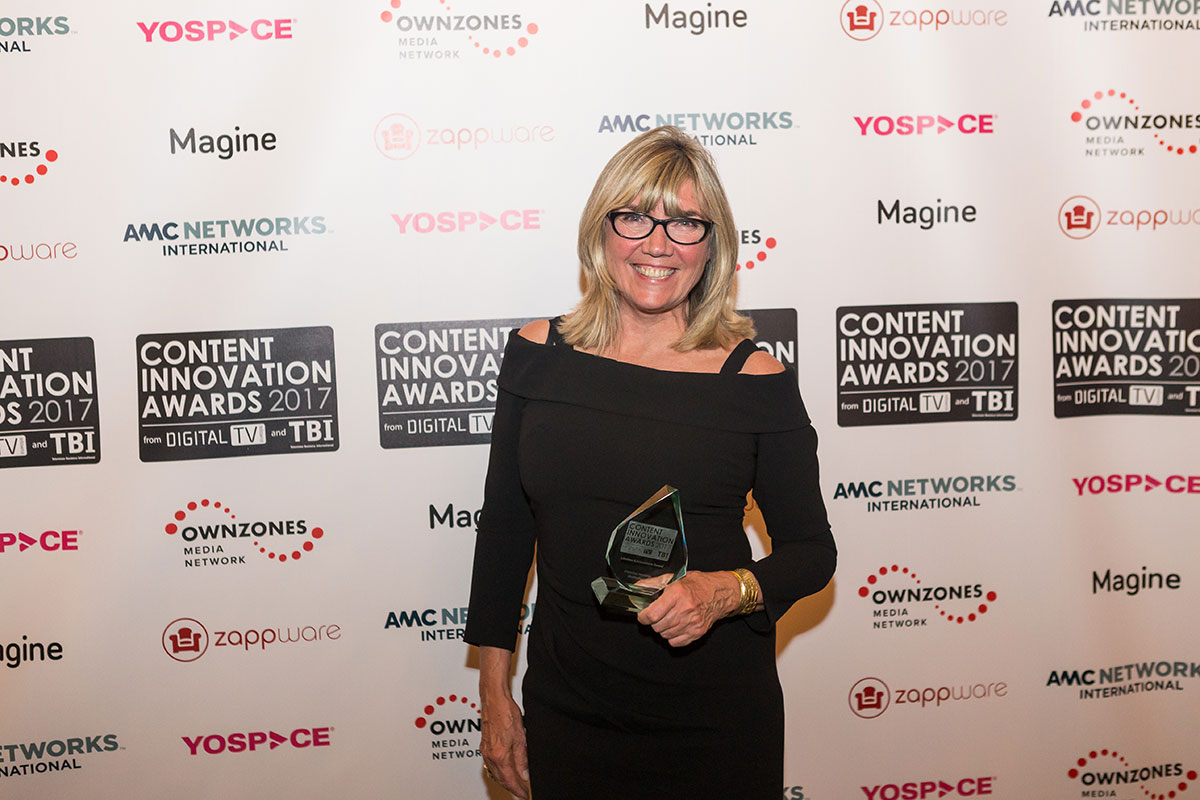 As Canada’s most well-known indie producer, Shaftesbury Films’ Christina Jennings knows how to put a production deal together. The winner of TBI’s inaugural Content Innovation Awards Lifetime Achievement gong tells TBI about her career and how funding is changing.

Shaftesbury’s detective period drama Murdoch Mysteries is now on its eleventh season (firstly for City and later pubcaster CBC) and has sold internationally, while newer series such as Slasher have taken the company into business with Netflix. On the digital front, investments in subsidiary Smokebomb Entertainment have led to the creation of popular short-form web drama Carmilla, which has become a feature film and is headed for a primetime TV remake too.

Having previously received accolades from Canadian trade titles including Producer of the Decade, it should not have been a surprise when she was named TBI and Digital TV Europe’s Lifetime Achievement Award winner at our third Content Innovation Awards in October last year.

TBI: How do you assess where the Shaftesbury business is right now?

Christina Jennings: Twenty-seventeen was a pretty great year. We produced three primetime series and a couple of feature films, including Carmilla (below). We were able to shoot more digital scripted series, which are a terrific way to get scripted IP on its feet. On the branded side our biggest success was Upstairs Amy, Walmart’s first scripted series. It was very much like what we do in the digital space – focusing on female, millennial audiences.

TBI: With various parts to your business, how do you divide up your time?

CJ: The business that we still all know and the business driving revenues is television – there is no question about that. The lion’s share of my time therefore goes on series we have up and running and getting new series away in a challenging market. 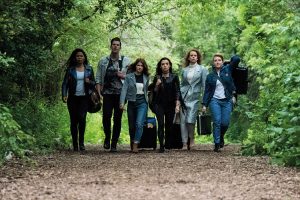 The other part of my world is in the branded space, and finding new revenue models – it’s very exciting to get brands to fund scripted content. That’s a new financing model. Carmilla is the best example, as it was fully financed by brands. It’s got a book deal and feature film, and now we’re in primetime development for a TV series, and that’s all of the back of a brand. We’re in the early days of this – not us just, but everyone.

TBI: How do you keep a business like Shaftesbury evolving and profitable?

CJ: You need to have a diversified portfolio. In the context of financing, that means some shows are going to be created traditionally, where you get a licence fee from a broadcaster, you attract some soft money from Canadian media funds, you add some tax credits to that and go out and get an international distributor. Frankie Drake Mysteries and Murdoch Mysteries are traditionally funded in Canada.

Then you’ve got the Netflix model, which is what we used for Slasher. Netflix funds most of it, and we’ve done some separate territory deals in the UK and Germany outside of that agreement. We, as the producer, are also bringing our tax credits to the table, in this case through a French-Canadian broadcaster, and we added in a sales agent, Kew Media Distribution.

We’re also going to announce a project in development with a US cable network that will be 100% financed by them. They will have all exploitation rights, though it is our IP, which we are developing with them. It’s not a service deal – the key difference is we created the idea and IP.

TBI: What advice would you give to an indie producer starting out today?

CJ: Younger companies should not be fearful of new models – be prepared to think out of the box and think of partnerships in different ways. The first film this company ever did was a coproduction with a UK company, and we’re still doing them. We’ve expanded that now to New Zealand and are looking at Canada-France coproductions too. It’s also worth remembering coproduction is about making sure your creative is solid and that you don’t end up wasting time with no creative leader. Otherwise you end up with a hotchpotch. 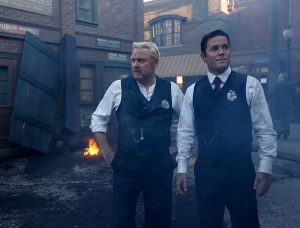 TBI: How helpful is a returning primetime drama series like Murdoch Mysteries (right)?

CJ: It’s what everybody looks to find. Getting one takes a lot of work, but if you find it, the audience comes and doesn’t diminish – younger audiences are finding Murdoch, and it’s still working around the world.

The primetime business, certainly in our case, allows us to do other things like Slasher and to take the risks we’re taking on digital. Without it, you need a big pot of money from someone like a venture capitalist, which we’ve avoided. All our experiments have used our own cash, which is great.

TBI: Would you consider selling Shaftesbury?

One of the idiosyncrasies in Canada is that there are very strong rules around local content – foreign buyers cannot buy control of a Canadian company. The minute that happens it is deemed to be a foreign company. In the UK, where you don’t have the same support mechanism, an American could buy you, but they could not buy controlling interests in Canada. You tend to acquire companies to build the bottom line, so if you can’t control that you lose the value of a Canadian producer.

If we look forwards to the next few years, there’s no question Shaftesbury could partner up with someone who could add some value. Who that is, I haven’t got a clue.

TBI: is the industry better for women than when you began in the business?

CJ: I started 30 years ago, and it’s now better, certainly behind the camera, which is fantastic. However, an interesting observation is that I would bet around the world the majority of broadcast executives are actually women, but if you’re looking at the head honchos, they’re not women. The women are doing a lot of the programming work.

Geena Davis uses that old saying: ‘If you see it, you can be it’. I like that. If you’re a young female producer coming into the industry, you can see me running a company and feel you can also do it. If I can have a business and family, so can you. Role models are crucial, but it’s definitely a better place overall now.

TBI: Are you concerned about potential regulatory changes to the Canadian media production sector?

CJ: My great fear is if our regulations are relaxed in any way, in a time when it’s getting harder to make content and to find audiences with so many companies and platforms out there, Canadian stories might find themselves pushed off to the side.

TBI: There was a lot of surprise over the content quota-for-tax deal the Canadian government did with Netflix. What has the response been?

CJ: It’s not quite a level playing field – it’s very odd to regulate Canadian broadcasters in one way and not to do the same with others. That has to be the biggest thing government deals with in 2018. The world has changed, and we now have to ask how we can sustain the industry, and how we make sure our individual cultures are protected.