Canada’s Blue Ant Media has bought a 32-year-old Australian magazine publishing business, as it seeks to expand the reach of its natural history doc content. 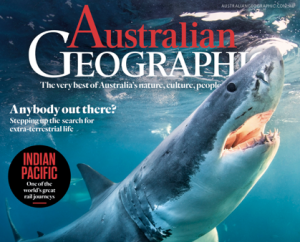 Blue Ant – which makes, sells and broadcasts television – acquired Australian Geographic and its assets from magazine and digital publishing group Bauer Media. Financial terms of the deal were not revealed.

“The purchase of Australian Geographic reinforces our footprint in the Australian market while providing an impactful vehicle for showcasing the work of our natural history documentaries and series being produced all over the world,” said Blue Ant CEO Michael McMillan.

The magazine will be housed within Northern Pictures, which produces natural history shows such as Blue, Outback and Life on the Reef.

The acquisition of Australian Geographic continues a loose symmetry between Blue Ant and Haslingden’s former company, Fox Networks Group, which took over US-based National Geographic in 2015.

A number of former Fox/Nat Geo executives, including Wade Platt, also now hold senior posts at Blue Ant, which will use the Australian Geographic brand to launch documentaries and series in the territory.

Blue Ant has also been launching its natural history SVOD service, Love Nature, around the world.