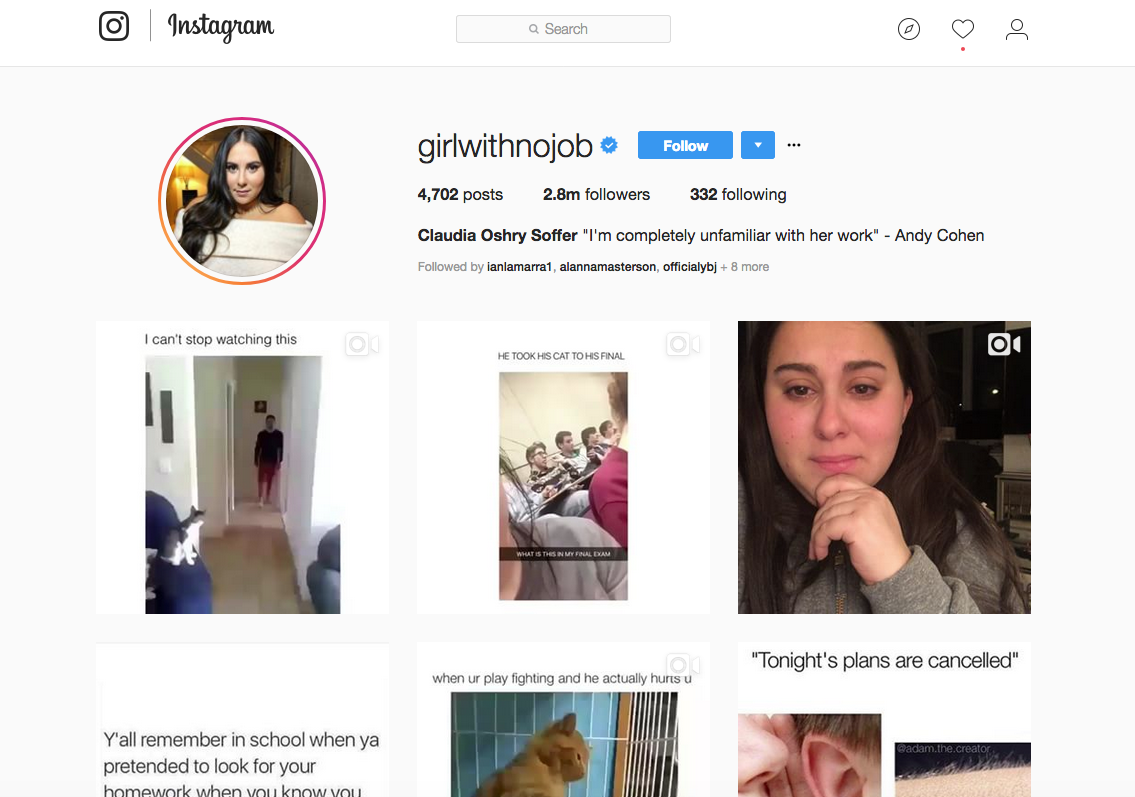 An Oath representative said in a statement: “The Morning Breath, an Oath social-media show, is being canceled immediately, and we have launched an internal investigation and will take other appropriate steps based on the results of the investigation.”

Fans know Oshry Soffer, who has nearly three million Instagram followers, as The Girl With No Job.

The news arrives after the Daily Beast published an article stating that the star’s mother is a prominent ‘anti-Muslim’ activist.

As a result, Oshry’s tweets from 2014 also surfaced, in which she projects anti-Muslim sentiments.

The episode marks one of the latest controversies around social media stars and the messages they promote via their channels.

More recently, YouTube also suspended controversial vlogger Logan Paul on the platform after a string of contentious behaviour by the star, showing that there is still some work to be done by digital players commissioning shows from DIY performers.