Veteran US executive Kevin Reilly is in bullish mood, and for fair reason. When he joined Turner in November 2014, cable channels TBS and TNT were both highly profitable, but a bit old-fashioned – reliant on sports, procedurals and re-runs, and Reilly believed they needed updating before time caught up with them. Things are very different today. 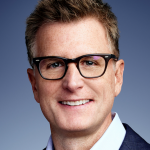 “People don’t realise that those channels are the two most profitable networks in the US, and probably by extension the world,” he says. “However, that in of itself doesn’t attract talent.

“For all of the profitability from the NBA and acquired shows, they were not sexy brand propositions, and the profits came from having the best repeats, series and movies. The originals worked well with a certain audience, but skewed older and were very broad.”

Out went strong rating dramas such as Rizzoli & Isles and Major Crimes, which skew middle aged-plus, and in came big, high-end drama bets such as The Alienist, whose per-episode cost is a reported US$9 million.

The show is a period drama-meets-mystery thriller starring Danuel Brühl, Like Evans and Dakota Fanning as a team hunting a serial killer in 1896. Anonymous Content and Paramount Television are the coproducers.

“The Alienist is the biggest risk I’ve taken on a ten-episode event series,” says Reilly of the big budget show that has True Detective’s Cary Fukunaga and McMafia’s Hossein Amini attached. “It’s going gangbusters, growing each week and even so against the Olympics. That goes against all the received wisdom, and it’s growing on linear, DVR and streaming.”

Reilly will be in Jerusalem at the INTV media conference (March 12-13) talking about how he approached aging down the networks, and commissioning new original content that has done a good job at changing perception of TBS and TNT.

Read a full interview with Reilly in the TBI MIPTV magazine