BBCWW takes Dancing with the Stars to Spain 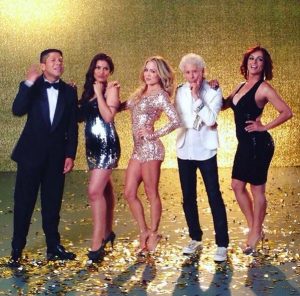 BBC Worldwide (BBWW) has taken its Dancing with the Stars format to Spain via public broadcaster TVE.

This is the first time Spain has picked up the popular format, and the deal was signed during BBCWW’s annual Showcase event in February.

The series in Spain will be titled Bailando con las Estrellas (WT) and will be produced by Gestmusic Endemol for channel La.1.

Spain is the 56th country to pick up the format, joining territories such as Iceland, which picked up the series for Stod 2 last week.

Andre Renaud, vice president of sales for Italy and Iberia at BBC Worldwide, said: “This is an exciting deal for us as it’s the first time Spanish audiences will have their own version of Dancing with the Stars.
“Dance is deeply rooted in Spanish culture and so it is a natural fit that the format should find its home on La 1 with TVE.”

Eladio Jareño, director of TVE, said: “The collaboration on Dancing with the Stars strengthens our continuing relationship with BBC Worldwide and we look forward to exploring further opportunities together.”