Lupe’s creative burst: Why the US rapper turned content producer 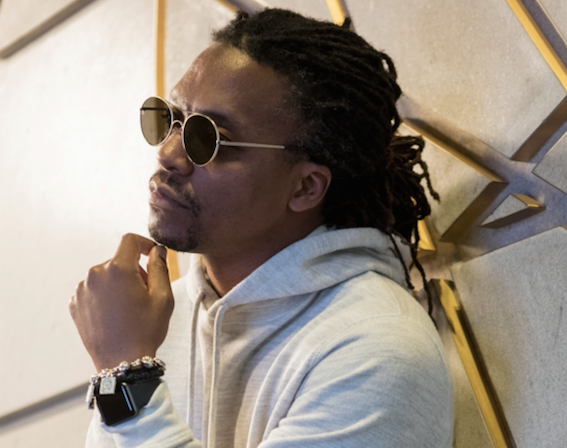 Lupe Fiasco has created a prodco that looks to touch on cultural exchange, artificial intelligence and creativity. Kaltrina Bylykbashi speaks to the musician and his business partner Bonnie Chan Woo

Looking at 2018, Lupe Fiasco, the rapper and record producer, is aiming to establish a forward-looking, global production company that incorporates his experiences as a creative entity, no matter the format.

“By recognising some of the interesting points of view and concepts that started to come out of Beat N Path, we decided to look at other potential productions, and other kinds of shows and themes,” says Fiasco (real name Wasalu Muhammad Jaco). “We just started to come up with different ideas to build a studio around those ideas, of different cultures, global conversations, cultural exchange and different things like that.”

The duo is now looking to produce three projects in 2018 and have a “heavy roster” in the space of five years. Chan Woo says the projects will be of different genres and formats distributed through a range of channels.

One of the latest developments saw the duo set an open call for comedy writers across social media. “We want to experiment with different ways of sourcing creativity around the world,” says Chan Woo.  “That was a success in a way because we got in touch with a lot of different people and got some good ideas, and we shortlisted some out of this concept we’re working on for future projects.”

Studio SV will be experimental in many aspects of its business. The outfit will have a ‘cross-cultural’ approach, ranging from the pair’s partnership, the production team it is looking to hire and the products it creates.

The duo also say that they will be looking at new ways to reach audiences and market the titles, which may even see them create non-English-language originals. Technology will also be a focus for the prodco, with Fiasco stating his ambitions to keep Studio SV “dynamic and adaptable” to market changes.

“We create content for traditional stuff happening now, but we also know there’s this AI boom that’s coming – there’s this augmented reality space that’s burgeoning, and we also want to be in that space and kind of design content around those new medias that are coming,” he says.

This look to tech is why Fiasco, who was raised in the US city of Chicago, has been spending some time in Asia and based Studio SV’s core studio in Hong Kong. “Asia is at the forefront of crossing culture and innovation,” he adds. “It’s the place to be right now in terms of content creation and access to production, to smart people and technology. There’s no better place to be right now.”

Fiasco tells TBI that the move into content is partly driven by a desire to keep close proximity to “what’s new”. Otherwise, he says the skills he has used for over 15 years as a musician are much the same.

“In content, you’re using that same kind of creative mindset that I use in my music, or the curation I do for other people, or even some of the visual curation that I do for my work outside of music – it’s just bringing all of that creative energy and creative spirit to this format,” Fiasco explains.

How that creativity manifests will be of great interest to the business.