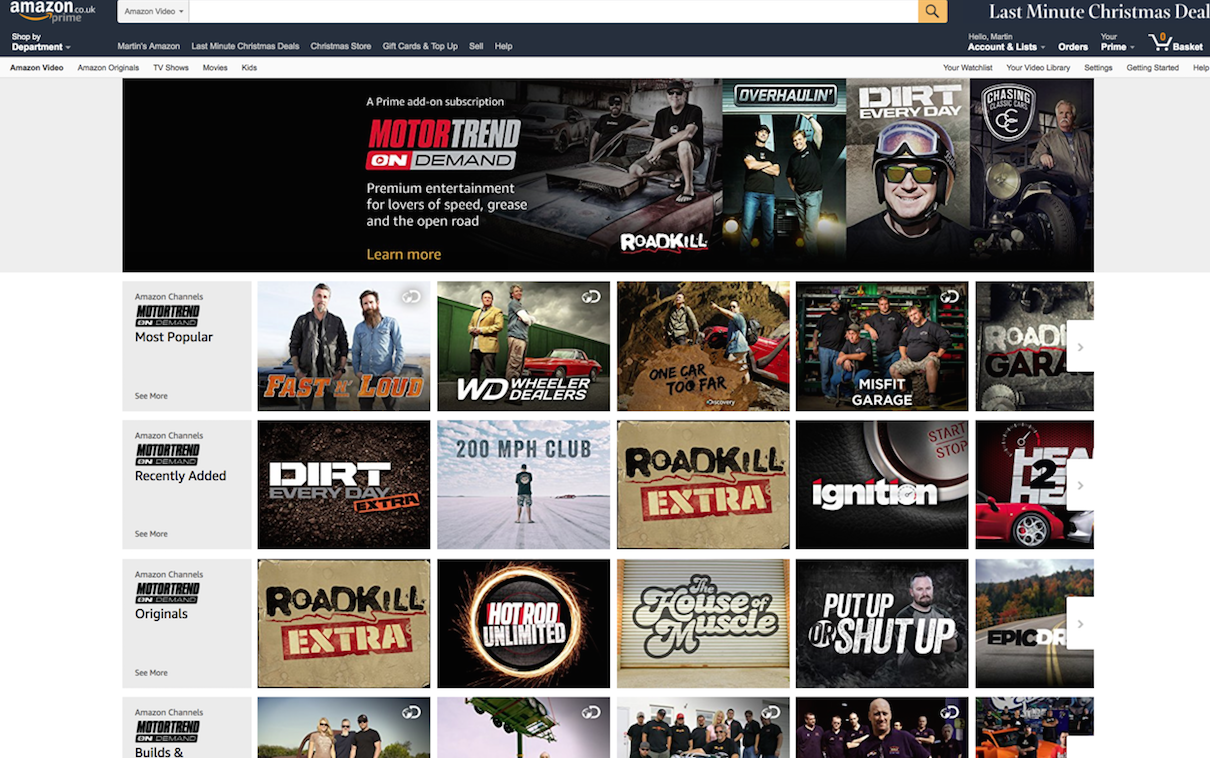 Discovery Communications’ focus on ‘super fans’ continues with the launch of a motorcar-themed SVOD service via Amazon Channels.

Motor Trend OnDemand is billed as a “supercharged automotive product for motoring fans”, and is now available in the UK.

The move comes soon after James Gibbons became Discovery’s general manager for the UK, Ireland, Australia and New Zealand after Susanna Dinnage was promoted to global president of Animal Planet.

It also comes on the same day Gibbons appoints Rebecca Kent as full time general manager of Discovery Australia and New Zealand. Former BBC Worldwide exec Kent has held the role in acting capacity for the past nine months.

The service will offer “hundreds of hours of content”, including digital series Roadkill, Dirt Every Day and Head 2 Head, and established linear series such as Fast N Loud (pictured) and Wheeler Dealers.

The Motor Trend brand already exists in the US, where it is popular on YouTube, on which it has more than five million subscribers.

The brand comes out of Discovery’s joint venture with TEN: The Enthusiast Network, known as TEN: A Discovery Communications Company.

This is a portfolio of TEN’s petrolhead-focused brands, including Motor Trend, Hot Rod, Roadkill and Automotive.

Motor Trend OnDemand is being shopped via the Amazon Channels platform for £3.99 (US$5.34) a month.

“As we know from the popularity of our motor programmes on Discovery Channel, Turbo and Quest, the UK has some of the most passionate automotive fans on the planet,” said Gibbons, who is also Discovery’s commercial development head for EMEA.

“Discovery was one of Amazon Channels’ key partners in the UK when it launched earlier this year, and we saw another great opportunity to partner with them and tap into Amazon’s services and channel their marketing prowess and consumer insights for an international launch of Motor Trend OnDemand.”

Discovery, which is currently in the throes of buying US rival Scripps Networks Interactive for US$14.6 billion, identifies super fans as niche groups of audiences who are willing to pay more for content targeted directly to them.