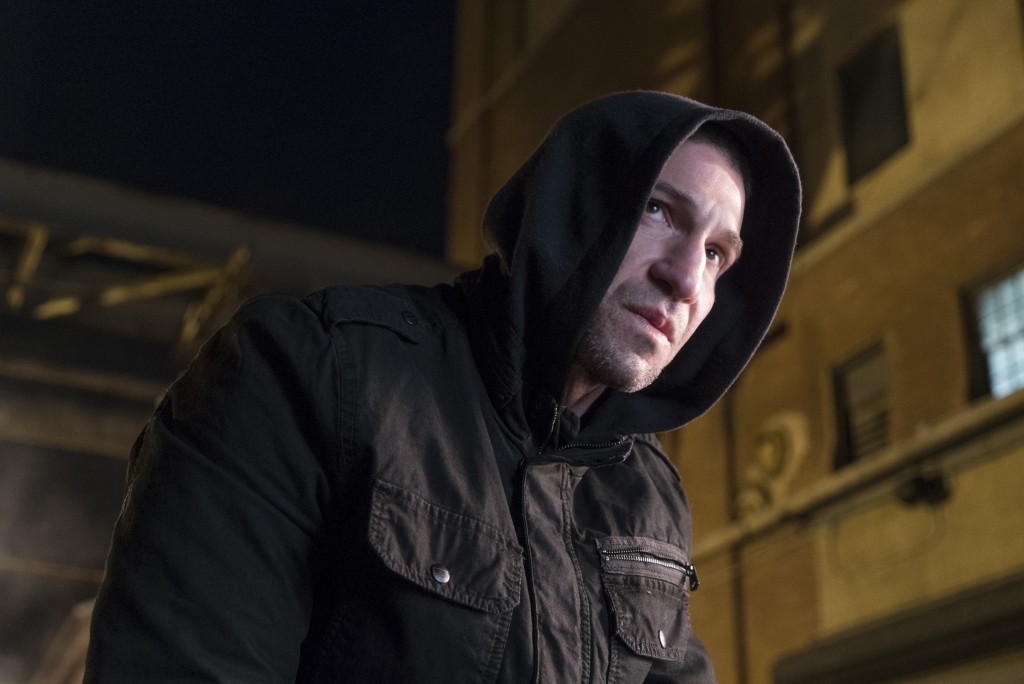 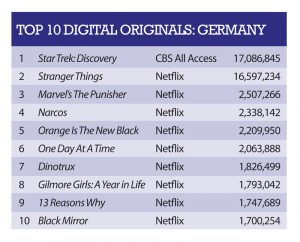 The series drew in the most demand on the digitals list coming up top and even beating Stranger Things, which launched its second season this time last month and came in second.

Star Trek also came in second in the overalls list, only beaten by Game of Thrones, which drew in the most demand overall. While the latest iteration of Star Trek has been popular across Europe, it has charted lower in top ten lists in countries such as Italy, Sweden and France.

On the digital’s list, new arrival Marvel’s The Punisher has performed well coming in third place. It is followed by popular originals Narcos, in fourth place, and Orange is the New Black, in fifth.

The shows in sixth, seventh and eighth place on the digitals list are somewhat unusual. 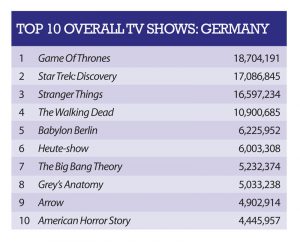 German viewers have gone back to dramedy’s One Day at a Time and Gilmore Girls: A Year in Life months after release. Children’s animation Dinotrux also came in seventh, marking one of few times these shows make it on a demand list.

Regular favourites 13 Reasons Why and Black Mirror complete the top ten. A new series of the dystopian drama Black Mirror is looking likely to arrive for the end of 2017 or beginning of 2018.

On the overalls list, GOT, Star Trek and Stranger Things lead the list, followed by The Walking Dead. These shows have proven to draw demand for some time.

The reign of English-language shows is broken with Babylon Berlin and Heute-show coming in fifth and sixth as German originals.