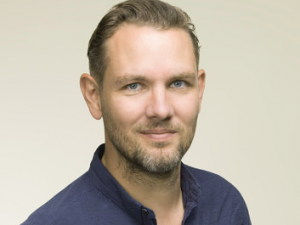 The Norwegian arm of European broadcaster MTG has reorganised its programming team to bring its increasingly influential on-demand services together with its linear TV unit.

MTG TV said the rejig, which further integrates the AVOD-funded Viafree and SVOD service Viaplay closer to its linear TV offering, had been created “to support a future-orientated content strategy”.

Other programme editors are getting new specialised posts in genres such as lifestyle, entertainment, reality and documentary.

MTG is also seeking a development chief, who will sit within the programming division, which has massively expanded its output as Viaplay execs revealed they have put around 50 programmes into development.

“We are having a challenging, but exciting time in the television industry, where the viewing patterns change dramatically fast, while the consumption of entertainment content is constantly increasing,” said MTG TV programme director Andreas Bakka Hjertø (pictured).

“We have to change ourselves just as the viewers are, and with the changes we have made in MTG TV’s programme department, we are well positioned to produce good quality entertainment for all platforms in the future.”