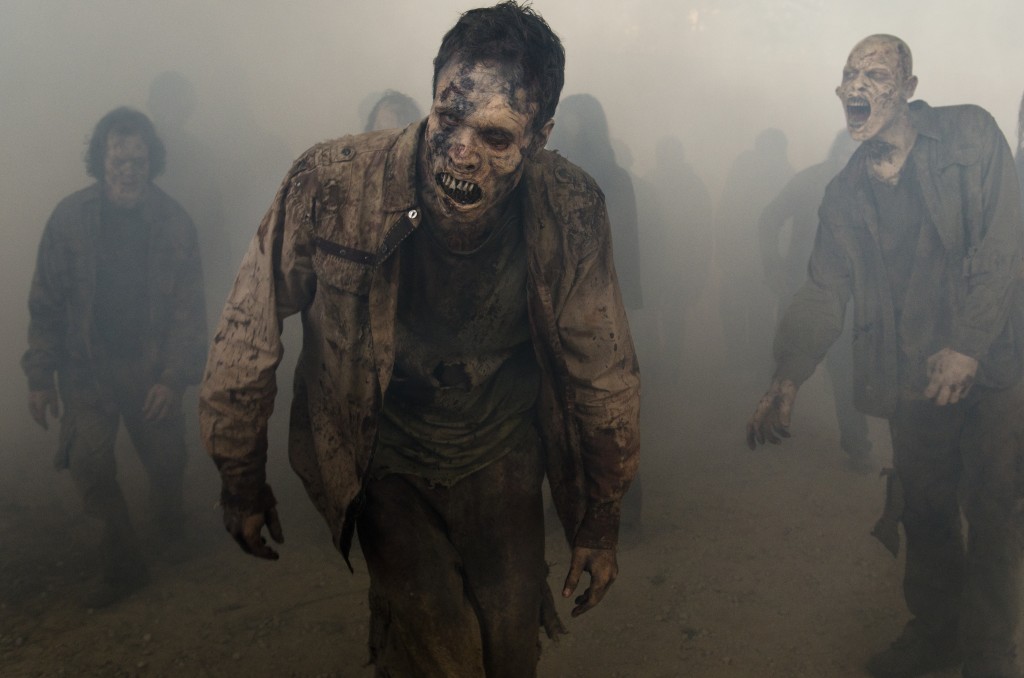 This week saw The Walking Dead rise to the top of our latest In-demand chart, this time covering France, due to a crossover event between the show and its companion series Fear the Walking Dead and increasing anticipation over the zombie drama’s eighth season. 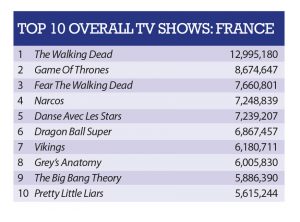 The event saw the announcement that a character would move between the shows, both of which are for AMC in the US. In fact, The Walking Dead appeared at the top of the list on the overalls, and also generated more demand than the top listed digital original, Narcos.

The Robert Kirkman series knocked Game of Thrones from its usual top seat on the overalls list, as distance from the end of season seven grows. GOT was followed by Fear the Walking Dead in the same list.

Narcos appeared fourth on the overalls list. The series has been popular across Europe since the September 1 launch of its third season across the region on Netflix.

The French iteration for Dancing with the Stars (Danse Avec Les Stars) also appeared on the overalls list, joined by Grey’s Anatomy which recently began its 13th season.

Other top shows on the list include The Big Bang Theory and the ever-popular Pretty Little Liars. 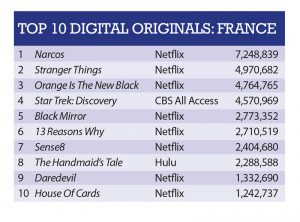 The sci-fi series is set for its second season towards the end of October, creating increasing demand for the show.

Star-Trek: Discovery, which has also made waves across Europe, arrived fourth on the list, followed by a range of series which have been in the top ten well after their latest season releases, including Black Mirror, 13 Reasons Why, Sense8, Handmaid’s Tale and House of Cards.

Star Trek’s new series had roughly four times higher demand compared to House of Cards, which was placed tenth on the list.